IS THE SMARTPHONE CASINO THE NEXT TREND?

Is the Smartphone
Casino the Next Trend? 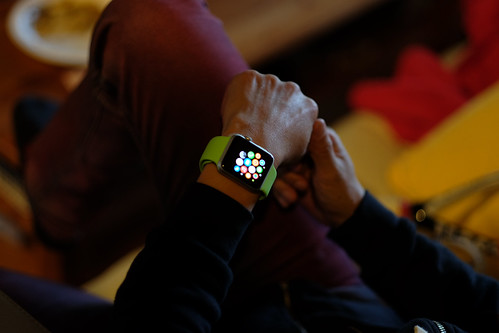 The Apple Watch, Samsung Gear, Pebble Smart Watch, and the myriad other
wrist-based wearables have struggled for relevance in the past decade. They’re
the “smart” device that caused a lukewarm reaction; after all, we’re
all so attached to our smartphones that we might as well be wearing them on our
person.

The redesigned Apple Watch which runs the
impressive WatchOS 3, has gone some way to
improving the popular perception of wearables. It’s faster, less awkward, and
the battery life can last up to 18 hours under the right circumstances.
But what is it for? Other than the obvious (phone companion and watch) what can
we expect from smartwatches in the future?

It would be optimistic to call smartwatches devices suited for gaming. While
a number of clever, original titles exist for the Apple Watch in particular,
they’re both clever and original because the limitations of the wearable demand
creativity – it’s not possible to run something like Fallout Shelter for
protracted periods because the battery won’t allow it.

In addition, nobody wants to sit staring at their watch for 20 minutes; it’s
uncomfortable and a little bit creepy in public places.

Games on the Apple watch tend to be played in short, 10-15 second bursts, a
good example of which is Spy_Watch, a secret
agent sim game. Spy_Watch tasks the player
with running a James Bond-style agency by responding to infrequent messages
over the course of the day. Ironically enough, it’s arguably one of the more
immersive and realistic experiences available on the Apple Watch, despite
keeping the players at arm’s length.

There’s also Tamagotchi Classic, a “hands-off” life simulator,
played in a similar way to Spy_Watch – infrequently
but for not more than a couple of minutes at a time. 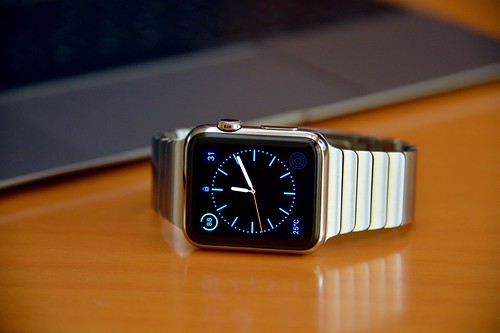 On the topic of gaming, another possible future application of smartwatches
is casino gaming – in many ways a category in itself. There are already card
games on the Apple Watch (in the form of Solitaire) and one of the earliest
games on the platform was a slot machine – Thunderstruck II. The
one-touch nature of slots (some are even automatic) is a good match with
devices that have small screens.

British brand mFortune, an operator of mobile casino
games, notes that Siri’s voice control and the scroll buttons on the Apple
Watch make the device a good candidate for games that allow for players to drop
in and out, like roulette and slots. The diminutive nature of smartwatch
screens may always be a hindrance to players, however, especially when it comes
to things like cashing out and making deposits.

Of course, if casino apps could be made to share features between smartphone
and watch, with (e.g.) account functions on the larger device and the game
itself on the smaller, players might enjoy a much smoother experience gaming on
the go. It’s certainly not too dissimilar to the way players alternate between
PC and mobile play today, or even consoles like the Wii U or the upcoming
Nintendo Switch, which extend gameplay to more than one screen.

While there are opportunities for all sorts of apps on smartwatches, it
remains to be seen whether the device’s shortfalls will prevent developers
from offering a full-fledged casino experience to gamers. It’s worth noting
that smartwatches are still in their infancy, and future iterations of the
Apple Watch may create a totally different landscape for companies to exploit.