THE BEAUTY OF LONDON’S HIPPODROME CASINO.

They say that every building tells a story. If that’s the case then in London every building tells two and every storey tells another. Walk through Leicester Square and you’ll be treading on the same paves as Hollywood’s elite who roll up for premiere after premiere. Look up and the world’s biggest rockstars could be popping in to XFM or Capital radio stations. And take a peek around the corner at the London Hippodrome and over 100 years of entertainment history will come bursting out.

Sitting in the heart of London’s Theatreland, the Hippodrome Casino as it’s now know has been a hive of activity since the day it opened on January 15 1900. Opening to a music hall revue named Giddy Ostend starring Charlie Chaplin in one of his first ever roles, it was superstardom from the off, and over the years would put the world’s most revered stars centre stage at the centre of Soho. 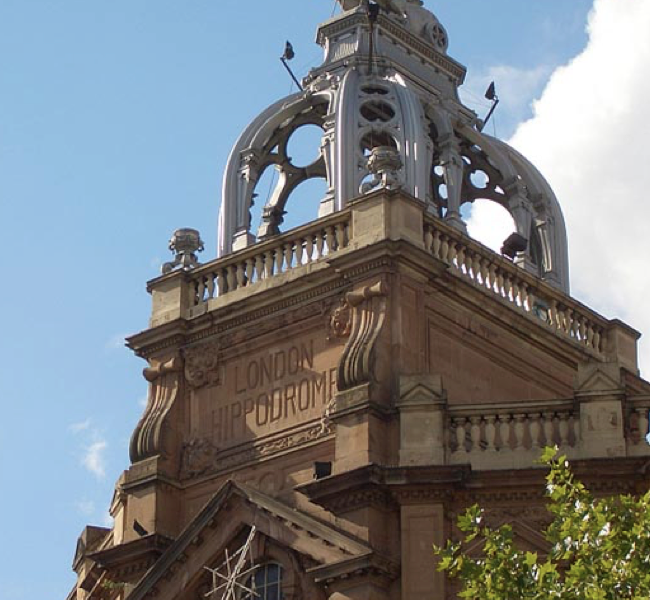 In fact, an entire article could be written on the stars that have dazzled audiences over the years, but before the likes of Shirley Bassey got the party started the building was London’s premiere circus.

Built at a cost of £250,000 by Frank Matcham, the man behind the prestigious Blackpool Tower Ballroom and London Palladium, the building included both a proscenium stage and an area that sank into a 230ft water tank for aquatic acts.

That would see boats equestrian acts, elephants, polar bears, lions, enter the Hippodrome and put on some of the finest shows in the land. Where Theatre Royal, Drury Lane was showing drama and the Haymarket Theatre was showing comedy, the Hippodrome, under the management of Moss Empires were doing something entirely different.

However, by 1909 the Hippodrome had be reconstructed as a variety hall, with 1340 seats and a more typical theatrical layout. The exterior of course remained the same, of which it does to this day.

The Grade II listed building’s attention to detail is truly stunning with statues and sculptures lining the building including an imposing horse and chariot which peer down over the movie stars and tourists below.

By the time it got to 1910 however, following the premiere of Tchaikovsky’s Swan Lake, it would become the stomping ground of a number of movie stars about to become household names. Julie Andrews made her stage debut at just 12-years-old, whilst Cyril Ritchard and Dame Margaret Rutherford were regulars on the stage starring in productions of Perchance to Dream, High Spirits, and The Five O’Clock Girl.

As the Hippodrome was becoming the talk of the town, a nightclub of that very name took over, and as London entered the swinging 60s The Talk of the Town was welcoming names like The Supremes, The Temptations, and Stevie Wonder onto British shores, that’s not to mention British even Tom Jones would be proud of namedropping, including Dusty Springfield, Bruce Forsyth, and Sir Tom himself.

It contributed hugely to the music scene in the country and was in more recent times named by the Brecon Jazz Festival as one of 12 venues which have made important contributions to British Jazz. 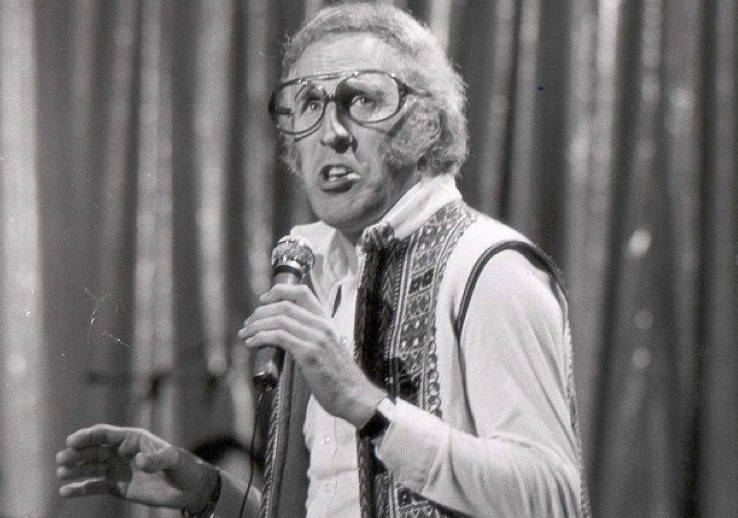 Another renovation followed in 1982 under the stewardship of Peter Stringfellow, who of course brought scantily clad women in the form of burlesque dancers with him and following closure in 2005 amid disturbances the Hippodrome Casino was born.

Now perhaps the finest casino in the capital outside Mayfair, the Hippodrome has had a £40million transformation, and from day one has had stars crawling back into the building not to get on stage but to hit the tables.

It’s hosted major tournaments and has even seen the likes of Rafael Nadal and Ronaldo go head-to-head there in a poker tournament, a tournament which Ronaldo lost and was made to ditch the silky footwork for handy work, ensuring the pots in the kitchen were sparkly white. 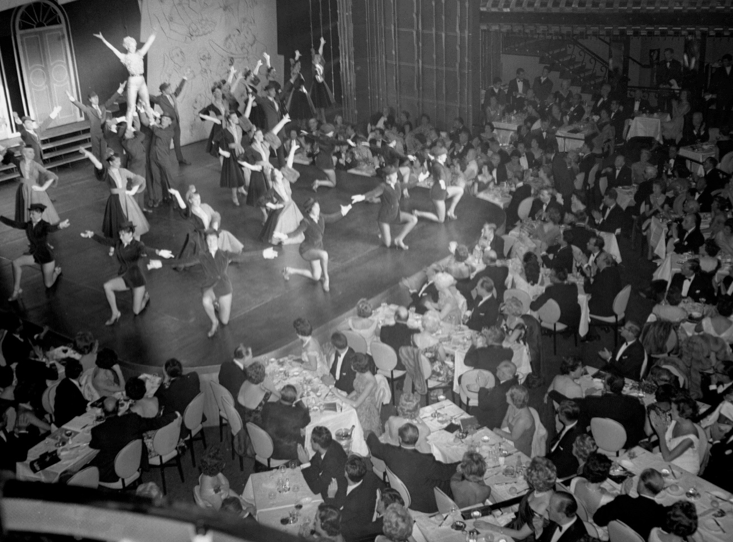 However, just a stone’s throw from the bustling Leicester Square and Charlie Chaplin’s statue, it welcomes in a number of tourists who as you can imagine are relative novices. If you’re fancying a few spins on the roulette table it’s certainly worth reading up on some roulette strategy first or having a practice, because after all, who wants to embarrass themselves in a space which has seen past masters in other fields like AC/DC, Vera Lynn, and Frankie Howerd all performed.

And it doesn’t look like it’ll be losing its casino status anytime soon. The place is thriving with the jangling of chips and slots echoing around the venue. That’s not to mention Christina Bianco also announcing a seven show residency at the venue, bringing her critically-acclaimed show before taking it to the Edinburgh Fringe Festival.

So it seems despite a 100 year history that’s included Max Bygraves, Chaplin, and Houdini, there’s plenty of life in the old – yet incredibly beautiful – dog yet.