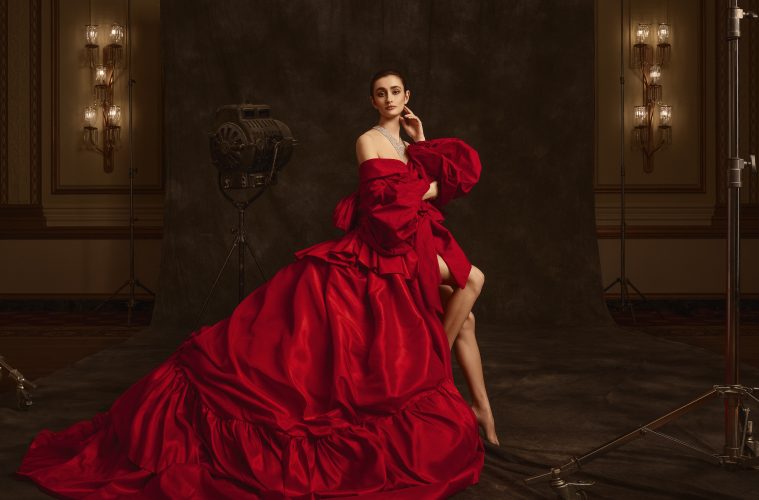 Vegas Prepares To Unveil The Casino Of The Future

When you think of casinos, you usually think of Las Vegas. We say ‘usually’ because there’s an outside chance that some of our younger readers may think of Macau, which has grown to rival Sin City, Nevada as the world’s most prestigious gambling location – but for those over 30 and those with a love of tradition, Las Vegas is where it’s at. Whether you you want to lose all of your money in a single bet, get married to someone you met in a bar five hours earlier, or see a live performance by the world’s biggest stars, Vegas is the place to be. Casinos are part of its charm, and probably always will be.

Because of everything we’ve just said, it may surprise you to hear that it’s been almost forty years since Las Vegas built a brand new casino from the ground up. The last time it happened was in 1980. Some of the city’s casinos have changed ownership in the years since then, but no new dedicated casino buildings have been erected. There are probably several reasons for that. The first is the obvious one – the casino market in Vegas is very obviously saturated. There was no need for yet another casino. The second was that nobody had a new or original idea for a casino, and so anyone who wanted to open one in Vegas just bought from the existing supply. The third may have been that the business of casinos hasn’t changed in decades, and so there was no pressing need for innovation. All of that has now changed.

We won’t pretend that the casinos of Vegas aren’t still doing a roaring trade, because they are. They are not, however, making quite as much money as they used to, and nor are casinos elsewhere in the world. That’s because the mass-availability has brought along with itself the mass-availability of online slots websites. Games which were once the preserve of licensed premises and casinos are suddenly available at the click of a mouse or the touch of a screen thanks to online slots websites such as RoseSlots.com, and it doesn’t stop there. Not content with just offering online slots, many such sites have now begun to offer live roulette, live blackjack, live poker, and other casino classics. The digital age has changed what it means to be a casino – and this year, Las Vegas will open the first of its new-age casinos built with the digital generation in mind.

The brand-new casino resort, which was officially announced in January 2019, will be known as the Circa Resort & Casino, and so much work has been done in the twelve months since that announcement was made that we can say with confidence that Circa will open its doors for the first time before the end of 2020. This will not be your average casino. As well as offering five world-class restaurants, all with their own specialties, Circa will boast a 459-foot-tall five-star hotel – the tallest anywhere in downtown Vegas, and a height so imposing that there was an argument between the FAA and the Las Vegas City Council over whether it posed a hazard to low-flying planes.

Those of you who are superstitious may be interested to know that the hotel has 777 rooms. The number 7 has long been considered to be lucky by many different cultures around the world, and a hat trick of sevens would be considered a blessing by any gambler who saw it – especially those who play slots in the hope that a lucky seven will appear on their reels. It’s probably safe to assume that room 777 will come at a significant premium should anyone wish to rent it for an evening. A luxury hotel is nothing without luxuries, though, and so we should draw attention to the outdoor bar, which will be one of the longest anywhere in the world, and a six-tiered pool that comes complete with a television screen more than 120 feet wide. Despite being outdoors, the pool will be temperature-controlled and kept available throughout the year. Given its size and unusual construction, the company behind the construction of Circa hopes that it will become a tourist attraction in its own right.

As well as hosting all of the usual casino attractions you would expect from a downtown Vegas venue, Circa plans to incorporate a three-story sports book facility designed to resemble a stadium, and take advantage of the recent sports-betting craze that’s been sweeping the United States of America for much of the past twelve months. Derek Stevens, who is one of the Circa’s owners, says that he’s taken inspiration from sportsbooks in the Hilton and also in Caesar’s Palace, but improved on the design of both to come up with something bigger and better. Given the size of the sportsbook and the scale of the venue, it would be reasonable to expect Circa to become the premier destination for sports betters in all of Vegas should everything go to plan.

Returning to the restaurants, Derek and his brother Greg, who own the casino jointly between themselves, have turned to their home state of Michigan for inspiration. Although there will be cuisine available from all over the world, it will be cooked by people that the Stevens brothers know and trust from their home state. The first will be the Asian restaurant 8 East, serving the best of Japanese, Korean, Thai, Chinese, and Vietnamese food. Victory’s burger and chicken wing restaurant will overlook the sportsbook area, while Saginaw’s Delicatessen will focus on revelers looking for breakfast meals or smaller plates of food. Barry’s Downtown Prime will focus on seafood and steak with an authentic 1950s theme, and Project BBQ will do exactly what you expect it to do based on its name. While the menus sound simple, it’s believed that the food will be of fine dining quality.

With so much about this new-generation casino to be excited by, the only other question to ask is when it will open. The concrete foundations of the main casino building were poured in April 2019, and vertical construction work began in June of the same year. Construction workers have been on-site ever since, and it’s currently anticipated that the casino will welcome its first (hopefully) lucky guests in November 2020. It’s thought that completion pre-2021 is required to take advantage of certain tax breaks, so the Stevens brothers will be keen to see the work done to schedule. We’re starting to think that a Christmas or New Year break to Sin City is looking like a great idea!