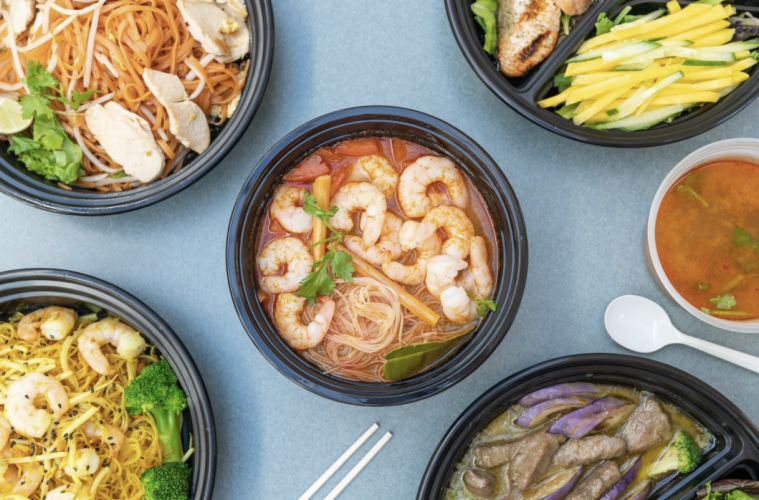 How much do you know about the famous Peranakan and Nyonya cuisine?

The Peranakan or Nyonya cuisine is very unique and popular around Asia. It prides itself on its rich, mouth-watering flavors that hold an immense amount of history and tradition to it. Peranakan and Nyonya food consists of a mixture of Malay, Chinese, and Southeast Asian influences. This cuisine was derived from the Chinese immigrants who moved into areas of Malaysia, Indonesia, and Singapore in the fifteenth century. This act of coming together from different regions meant that the way in which they cook or carry out their traditions were bound to influence one another. As a result, we now have our famous and delightful Peranakan and Nyonya cuisines. If you ever find yourself hankering for some delicious Peranakan food, you can visit Sinpopo, a well-known peranakan restaurant in Singapore.

So back to the initial question: How much do you really know about this cuisine?

Here are some more facts for you::

One of a kind

Yes, we understand that there is no other cuisine much like this one. But did you know that no single Peranakan dish is alike?  As we already know, Peranakan cuisine consists of a combination of Malaysian/Indonesian cooking methods and spices combined with the ingredients the Chinese usually use. The reason as to why the dishes will not be similar is because they are created based on the chef’s interpretation and choice of ingredients. Take, for example, some signature must-have ingredients in Peranakan cuisine like coconut milk, tamarind, and lemongrass. These are just to name a few. Peranakan cuisine is famous for having a myriad of different flavors and dishes as a result of the various different ingredients being used.

“Locally born and bred” is the rough translation and meaning of the term Peranakan. The meaning behind this is said to be because of the popular idea that the Chinese immigrants got married to the locals. The act of coming together thus resulted in the cultivation of a new and unique culture with their own set of traditional beliefs and customs. With that came along their own style of cuisine. Meanwhile, “Baba Nyonya” is a term used by the Peranakan Chinese in Malaysia when referring to themselves. The words “Baba” and “Nyonya” are respectful and loving terms used for men and women respectively. These words come from the Indonesian language. As women were usually the ones who were in charge of providing meals for the family in the community, the term Nyonya was then used to name this cuisine.

Unlike McDonald’s, Peranakan cuisine is not something that can be prepared and made quickly. Instead, a lot of preparation is done before the food is cooked. This is usually done many hours beforehand. For example, the meat or seafood that is going to be cooked will be marinated hours before to make sure that the flavor is well absorbed. Small ingredients such as spices are not left out during this preparation process too. They grind their herbs with a mortar and pestle to make sure that the food has a strong and distinct flavor.

The cuisine is heavily influenced by the region

Depending on which region the food was prepared in, the taste of the Peranakan cuisine would be different. The dish being created is made to suit the taste of the people. This also means that the dish is subjected to the availability of ingredients. A good example would be the famous dish, laksa. There are many different variations of this dish from the sour Assam laksa to the coconut heavy laksa lemak.

Which is the most famous dish?

Having to decide on which is the most famous dish from Peranakan cuisine is hard. This is because there are so many well-known dishes that it is hard to choose just one. With this being said, there is a list of dishes that tourists look forward to trying. Here are four of the many famous signature Peranakan dishes:

Babi Pongteh is one of the must-try dishes. It is a braised pork dish cooked down with taucheo, which is a fermented soybean paste, and gula melaka. Some restaurants give you the option of choosing meat instead of pork.

Another would be mee siam. The noodles in this dish have heavy Thai influence. The vermicelli noodles are stir-fried with shrimp in a tamarind sauce. This is then topped off with some calamansi limes for seasoning to give the dish a fresh taste to complement the spicy.

Rojak is one that should not be missed. It is a salad consisting of pineapple, guava, sesame seeds, and peanuts. It comes with a dressing that is made out of a thick prawn paste and topped off with Thai chili.

And as mentioned before, laksa. Despite the many different variations, one is no better than the other. In fact, you should try as many as you can as they are just that good! In your bowl, there will be thick noodles, prawns, vegetables, and cockles. Delicious!

There is always room for dessert

Since there is a wide variety of Peranakan food due to the different influences on the Peranakan culture, there will definitely be just as many Peranakan desserts out there for you to indulge in. These desserts are commonly made with Malaysian ingredients such as sweet potato or yam, made together with glutinous rice or coconut milk. Under the Chinese influence, some of the desserts include red beans and mung beans too.

Burbur cha-cha is one of the more popular Peranakan desserts. It is a porridge that is made with sago pearls and sweet potatoes. Pandan and rock sugar are added to the dish for flavor. Another popular dish would be the eye-catching green colored chendol. The green candy looking part is made from green pea flour. Red bean is then stacked on top of it with a good amount of ice shavings at the top. A drizzle of coconut milk and gula melaka is added to give it its sweet taste. This is a great dessert to have during hot weather!

With that being said, hopefully, this information has given you more insight into the Peranakan and Nyonya Cuisine. When you have the chance, try as many of these dishes as you can to enjoy and experience the rich flavors for yourself!