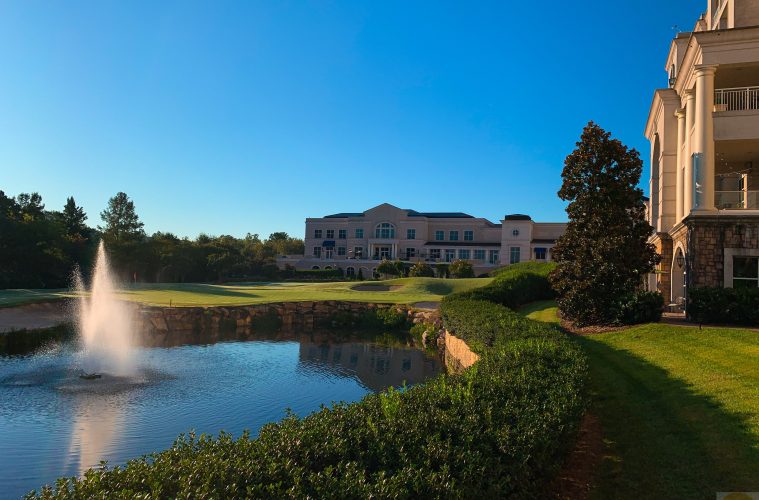 How They Built The Love Island Villa.

As summer settles down for another year, it’s time to truly say goodbye to sunny evenings, and the most talked about show of the summer – Love Island. Bringing the trials and tribulations of a group of singletons looking for love to our screens every night throughout June and July, Love Island has taken the nation by storm. Its meteoric rise in the last few years has seen some of its contestants go on to make careers from their time in the villa. From Instagram influencers, brand ambassadors, authors, to presenters, it is the people from the Love Island series that arguably have given it its stellar reputation when it comes to summer television.

One aspect that might rarely be thought about, though, is the villa that plays host to these contestants, that sees all the drama play out. Filmed in Mallorca, the villa comes with the latest in mod cons and offers a luxury stay enough to make those watching at home want to join them in the sun. So, what went into building the Love Island villa? And what secrets are there to its success?

In total, it takes around two months to transform the Spanish farmhouse into the villa that we are familiar with on our screens.

Here are some fun facts about how it is built.

All is not what it seems when it comes to the outdoor area. This is because the entire space is constructed for the purposes of the show, apart from the pool itself. The pool is the only feature that stays the same, with the seating areas, firepit, gym and other outdoor areas such as the kitchen being purpose-built for the show. These areas are then dismantled once the show has finished, and put into storage until the following year. False paneling surrounding the garden allows for camera workers to capture moments unfolding without the contestants being aware of their presence. An outdoor kitchen is added as it increases the amount of time the islanders spend outside. These features all come together to create a ‘set’ where all the drama unfolds before our very eyes, even though, of course it is worth remembering viewers at home only see one hour of a 24-hour period.

The pool offers the perfect chance for islanders to unwind and go for a dip. If you are looking for a similar experience, you may not be able to stay at the actual villa, which is owned by a German businessman and multi-millionaire Nikolaus Broschek. However, that shouldn’t stop you, as there are plenty of similar villas with pools available for a good price for you to recreate your own Love Island experience.

The bedroom is constructed entirely for the purposes of the show, as it means all the islanders are in the same room. The living room and pamper room were similarly purpose-built to provide the islanders with all the space they could possibly need to chill out or get ready for the day.

Bright cushions, accessories, and colors are used both in the interior and exterior of the villa, providing an overall Love Island aesthetic which is instantly recognizable alongside the sayings and catchphrases placed in neon lights around the inside and outside of the villa.

Other features such as the beach hut give the Islanders a chance to share their views and thoughts with the outside world via the webcam. This feature has pretty much stayed the same throughout the different series, to provide consistency for the viewers.