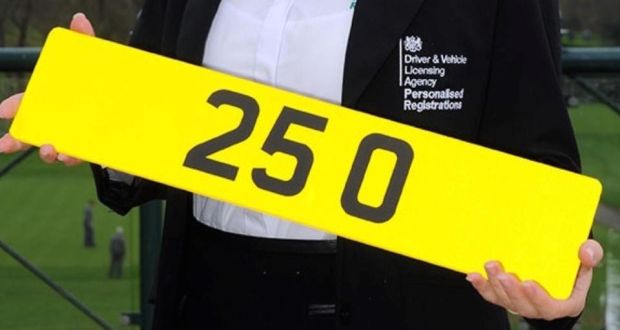 What Are The UK’s 5 Most Expensive Private Number Plates?

Private number plates are big business, with the Driver and Vehicle Licencing Agency (DVLA) raising almost £2 billion in revenue through the sale of private plates since they initially went on sale more than three decades ago.

In that time, almost six million private number plates have been sold, with the first plates going on sale at an auction conducted by Christies.

Private number plates can range hugely in price, with some number plates available for just a few hundred pounds and highly desirable plates commanding prices well into the hundreds of thousands of pounds.

Below, we’ve shared the five of the  most expensive private number plates ever sold in the UK, along with background information on each plate’s registration date and possible meaning.

The private number plate “25 O” is the most expensive ever to be sold in the UK, with classic car dealer John Collins paying £518,480 for the plate (plus several hundred thousand pounds more for several others) at an auction in 2014.

Arguably the UK’s most desirable private number plate for car enthusiasts, “F 1” was purchased by automotive designer and entrepreneur Afzal Kahn from Essex Council in 2008 for a price of £440,000.

At the time, Khan used the plate on his Mercedes-McLaren SLR. More recently, it’s been seen back on the market, with offers of approximately £10 million or more considered.

Sold at auction in 2009, the private number plate “1 D” set records due to its £352,000 price — a figure that was virtually unheard of in 2009. The plate was purchased by Nabil Bishara, who, at the time, mentioned that it would likely go on his wife’s Bentley.

One of the UK’s most expensive private plates, “51 NGH”, sold at auction for £254,000 in 2006, setting the DVLA Private Number plate auction at the time. “51 NGH” gained attention due to its similarity to Singh, one of the UK’s most common last names.

The private number plate was sold to property investors Pete Singh Virdy. Soon after it sold, it was seen attached to a Rolls Royce Phantom Drophead in a music video for punjabi musician Jaswinder Singh Bains, or Jazzy B.

Sold at auction in 2008, the private number plate “1 RH” went for almost a quarter of a million pounds, making it one of the most expensive number plates ever sold in the UK at the time.

The plate was bought by retired Surrey-based businessman Rob Harverson, who shares his initials with the number plate. At the time of sale, a spokesperson for the DVLA described the plate as one of the agency’s last “jewels in the crown”.