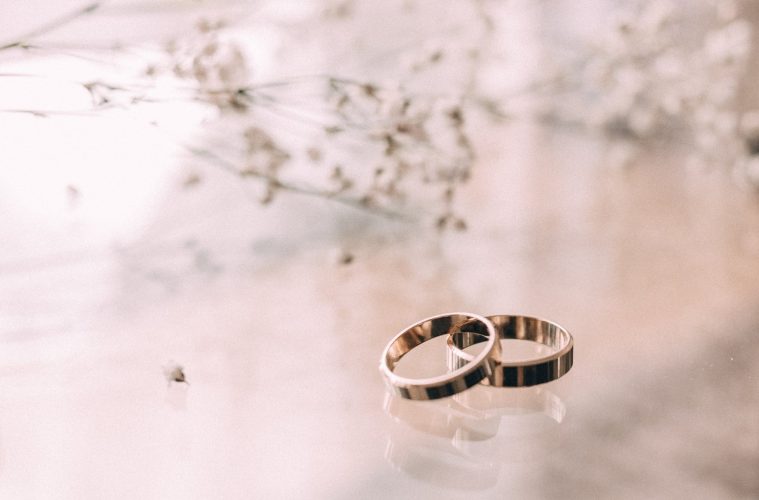 6 Ideas of What Do With Your Wedding Ring After Divorce.

Wedding ring used to symbolize a strong bond between you and your spouse. When the unpredictable happens, a willing to untie the knot between you two is totally natural. Thus, what to do with your wedding ring after divorce, so that it doesn’t bring back negative memories?

Don’t Throw It Away

Some women are ready to take action immediately and ca actually throw a ring in the trash or into the river. But it is irrational to succumb to emotions in that situation. It isn’t worth saying that your marriage and divorce, in particular, brought a lot of distress. It would be a momentary satisfaction and then emptiness because of the realization that you could have got real cash for that. Get rid of something else that symbolizes your attachment to your wife or husband.

Even when you file for divorce online, it is still a draining experience, which turns into a major crisis. Take into consideration that making spontaneous decisions at that period is dangerous and can have implications. It’s much more efficient to put your wedding ring at a safe place, forget about its existence for some time and take it out only when you have moved on.

It is possible that you don’t have a negative residue in your heart after a divorce. It’s everybody’s personal decision and it must repel uniquely from your feeling and emotions.

Some people simply have a strong attachment to a wedding ring. Just imagine, people have been wearing wedding rings for 40 years non-stop and it’s time to remove them. Of course, touching a ringless finger, in that case, is rather unusual. Some people buy another ring and wear it on the same finger, transmitting to the world that they are married to themselves.

Give It to Your Daughter

Some are assured that a discarded wedding ring brings bad fortune and is definitely not the best bet to gift to your child. But let’s look at that issue from another perspective. If your marriage didn’t work out, admit that your children are the best result of it. Give it to your daughter as a sign that despite your inner disagreements with your spouse, she will always be loved by both of you.

Basically speaking all states’ laws approve that after a divorce the wife should get a wedding ring. But it would not be gracious to grab it if it is your husband’s family heirloom. That method has a massive advantage: returning the ring can help you move on, not feel stuck or be left in despair.

No, it doesn’t that you have to put into a special trash container for wedding rings. Turn into another piece of jewelry instead. The metal can be melted and shaped into a necklace or pendant. The gem can be taken out and repurposed or given to your descendants. This might take the bitter and heartsick memories attached to the ring.

It is worth noting that this method demands some cash to be involved. But if you got an easy divorce online, then you would probably save a decent amount of money. Online divorce help is the way to go in case you feel like it’s a bargain to ask bags with money just for documenting your divorce.

If your divorce was a hard one, caused a lot of emotional distress to your family members and your wallet, then handing off a wedding ring to children is hilarious. There is nothing unethical to sell a wedding ring, bad karma won’t be a menace to your welfare. Divorce is a costly procedure and wives are usually left with heavy weight on their shoulders, such as car payments, mortgage, debt payments. Divorce demands you to let the past go. Is it not more practical to spend money on yourself and your well-being rather keeping a ring soaked with bad memories and associations?

How much is your diamond worth? It depends on several factors: carat weight, cut, color and clarity, damage, special history. Don’t feel ashamed to visit different jewelers and pawnshops to get different opinions and information.

What are the best ways to spend the money for the ring?

A wedding ring has a sacred significance to most women. Beware of deciding its fate on a hothead, because it’s a worthy thing and can bring you more benefit and happiness when you repurpose, sell or gift it to another person, rather than keeping or throwing it away. Online divorces can save your money but don’t rush into neglecting the opportunity to replenish your budget.