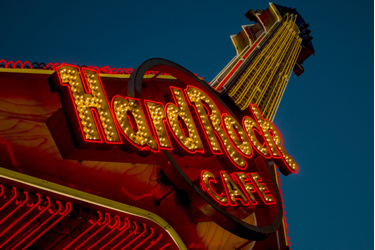 That American Palate: Your Guide to American-Style Restaurants Abroad.

2018 was a record year for international travel.

93 million Americans traveled internationally that year, the most yet. That’s a 6 percent increase from 2017.

Every market saw an increase in travelers, from Africa and Asia to Europe and the Caribbean. This is due to several things, such as a growing economy, an increased thirst for knowledge of other cultures, better exchange rates, and higher consumer confidence.

Despite this, U.S. citizens still crave those American-style restaurants, even when local favorites surround them. Many want burgers over octopus, shakes over sake, and these international countries (try to) deliver.

We can’t help it, either. Our food memory steers our cravings, whether we like it or not. It encourages us to stay with our tried-and-true, the palette we’re accustomed to.

And that’s okay, as long as we mix it up a little sometimes.

However, we’ve got some fascinating insight into American food abroad. Keep reading to see what American food you’ll find, what you won’t find, some American chains that show up internationally, and more!

How Other Countries Deliver American Food

It seems there’s a theme with American food in other countries.

Apparently, we have a particular palette (at least, according to them). And for the most part, they’re right. Americans like some classic dishes, and you’ll find that when you Google ‘American-style restaurant near me,’ you’ll find menu items like the following:

So, if you’re craving some American grub while abroad, we hope you’re a meat-eater, also, as that’s something you’ll come across frequently.

At the end of the day, no matter how much you crave your American food, there are going to be some differences.

You won’t find everything you’re hankering for, and even if you do, sometimes the recipe is a little different. Other countries have supplies of different ingredients, meaning that we may have something they don’t and vise versa.

Here are some food items you can expect not to get when flying to Europe, Honduras, or the Philippines.

While Coke has taken off internationally and appears in many a foreign restaurant, you simply won’t find root beer in other countries (for the most part).

One of root beer’s main ingredients, sassafras, is not available in other countries like it is in the States. It typically grows in North America.

If you find root beer, it’ll be in cities that have a high population of Americans.

Believe it or not, Americans have invented a majority of our ‘Mexican’ favorites.

So, you may not even find some of your ‘standard’ American-Mexican food while in Mexico!

We’ve invented chips and queso, fajitas, taco salads, overstuffed burritos, chimichangas—even margaritas! In addition to that, we love to top our tacos with everything but the kitchen sink—cabbage, cotija cheese, tomatoes, avocado.

In Mexico, you’ll find tacos topped with little more than a sprinkling of cilantro and diced onion (with a lime wedge on the side).

Try having an authentic Mexican dish to see the differences!

If you do happen to find ketchup while abroad, you’re probably going to have to pay for it—there’s no red bottle sitting on every table as a centerpiece.

And, it’ll probably taste different, too.

Ketchup in America is sweet.

Abroad, ketchup can take many different forms, from tarter varieties to vinegary ones, or some having a base that’s completely different from tomatoes. Some countries also add things we typically wouldn’t, such as spices like curry.

On a study of Americans who traveled abroad, 70% missed their good old-fashioned peanut butter.

And it’s not like peanut butter is obsolete in other countries—you may come across it—but the demand is severely lower than it is in America. In fact, other countries are sort of perplexed by our love for the gooey spread.

So, while countries like Europe may have peanut butter, Americans spend almost five times as much per capita as them. And some countries just don’t even have the stuff.

The Hard Rock Cafe is one of the best restaurants for this.

They’ve got locations in Europe, Africa, Asia, South and Central America, the Caribbean, and much, much more. And no matter where you are, they’re ready to serve up steakburgers, thick-cut french fries, and boozy milkshakes, à la the American diet. When you’ve got a hankering for burgers, GPS the Hard Rock.

And you already know you’ll find fast-food chain restaurants like McDonald’s and Burger King in other countries, too.

They deliver American classics with an international twist. Some unexpected goodness you’ll find at a foreign McDonald’s includes menu items like the following:

So, yeah, it may not be the McFlurry you were looking for, but those golden arches can make you feel like you’re right at home.

Other American restaurants abroad include:

You also might run into Dunkin Donuts or a Domino’s Pizza. And you may even be able to order a beer with your Big Mac. You’ll have to find out when you get there!

Now, although you’ll find some American-style restaurants abroad, prepare for them to be a little bit different, too.

Your ketchup may taste a little ‘off,’ but hey, it’s still ketchup (right?).

Your spaghetti may have hotdogs in it, because why not?

Remember to keep an open mind, try new things, and come back to your comfort food when you’re ready.

For more travel-related info like this, keep scrolling our page.