CADILLAC THROWS A FAB 1ST EVER BASH AT CHATEAU MARMONT TO CELEBRATE ALL THINGS OSCARS.

Thursday night in Hollywood,  Cadillac celebrated the start of Hollywood’s biggest weekend with its first-ever cocktail party to fete the 88th Academy Awards.

Froggat, fresh from the finale of her landmark series “Downton Abbey,” came out with her husband to celebrate. Ms. Froggat will next be seen on the big screen in the film, A Street Cat Named Bob, due out this summer.  Brit Jared Harris of “Mad Men” – who is about to start production on the latest Robert Zemeckis film with Brad Pitt and Marion Cotillard, hung out with friend and fellow Brit, Matt Smith of “Dr. Who.” 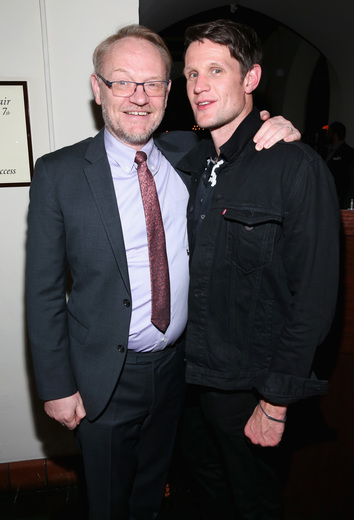 This was Cadillac’s first foray into the Oscar party spotlight, (though they are the official vehicle spoonsor of the Academy Awards) and based on the evening’s smashing success, it is only the first of many. On Sunday the brand will also debut an all-new series of its “Dare Greatly” ads during Sunday’s telecast.