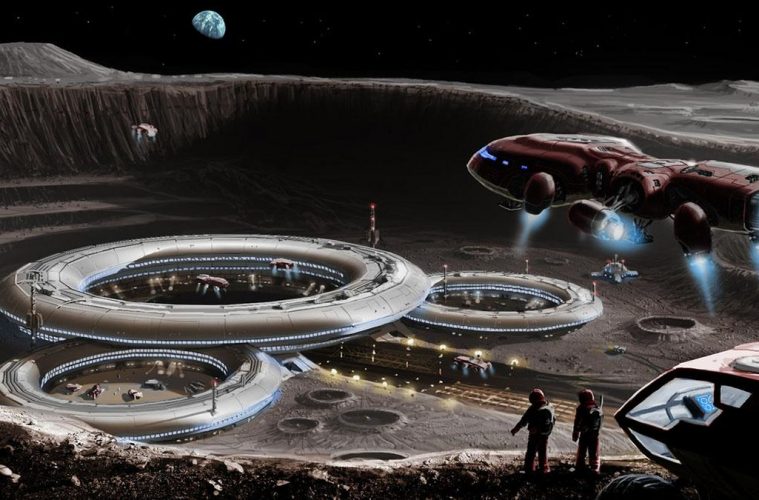 Will this decade see the birth of space tourism?.

In 2001, US multimillionaire Dennis Tito travelled into orbit aboard a Soyuz capsule to spend a week aboard the International Space Station, making him Earth’s first ever space tourist. Six others followed over the next eight years, before the closure of the Space Shuttle program meant that Soyuz needed to use all its capacity to keep the ISS running. Since then, a number of private companies have been striving to fill the gap and have set up their own space tourism operations. Could the 2020s be the era when this unconventional approach to luxury travel finally takes off?

When people first began to imagine vacationing in space, it definitely wouldn’t have been for everyone. A significant amount of physical stamina was required just to make it into orbit, with astronauts and cosmonauts going through weeks or months of training beforehand. New technologies have gradually been changing this, however, and in 2007, Virgin Galactic successfully took theoretical physicist Stephen Hawking through a test flight experience of weightlessness with no ill effects despite his disability – they had planned to take him into orbit but unfortunately he died before they had the chance. Nevertheless, this experience has increased confidence in the idea that civilian space travel can be made reasonably comfortable, and it’s likely to get more so in the near future.

Another concerns around taking tourists into space has been its impact on the environment. This is becoming less of an issue as recent innovations have increasingly focused on using space planes rather than rockets, significantly reducing emissions and giving passengers a more familiar experience at the same time.

Going into space is one thing, but what happens when you get there? With no destinations yet available, Dylan Taylor of Voyager Space Holdings sees satisfying customers as dependent on delivering a high quality experience. So far that has involved staying in the same kind of accommodation as crew members, with a sleeping bag tucked into a tiny niche as a bed, food that is mostly freeze-dried and toilet facilities that one space tourist described as ‘a rite of passage.’ The views are breathtaking and the experience of life in zero gravity remarkable, but the rest takes some getting used to. Companies are working hard to come up with ways of creating a more comfortable experience. The effort put into this for working astronauts has been limited, so improvements are coming on fast and will benefit everyone who spends time in space.

At present, there are two types of space vacation under development. The first is a simple sojourn in orbit, offering a whole new way of connecting with the Earth, while the second is a trip around the Moon with views that only a handful of people have ever seen before.

Going beyond these initial options, there are already plans in development for orbital hotels which would offer guests a bit more privacy and keep them out of the way of busy crews. These could be launched within just a few years. Hotels have also been proposed at the Lagrange points where the gravity of the Earth and Moon balance each other out, creating an area of stability – and, in the long term, on the Moon itself or even on Mars. New slingshot techniques developed at the University of Glasgow could make it easier to get building materials to where they’re needed and work is underway to find innovative ways of using native Lunar and Martian rocks for construction. This type of hotel would make it possible for visitors to go outside and walk around in low gravity. Short Lunar visits could begin in as little as three years’ time but there’s still a big problem with the Martian option – very long travel times.

What will it cost?

You may feel that money is no object when it comes to fulfilling your travel ambitions, but space tourism is a little different. The cost of getting a visitor to and from the ISS is currently around $60M, while staying there costs $35K a day. This means that so far it has only attracted those willing to spend everything they have to fulfil a lifelong dream – not a very reliable revenue source for companies to rely on.

The hope is that space planes will drastically reduce this cost, with some of the latest expected to be able to take people in and out of orbit for the much more reasonable cost of $200K to $300K. One company is already taking early bookings at $250K a pop. This, in turn, is getting big investors excited and means that funds are becoming available for what is likely to be a decade of rapid infrastructure development.

With both scientists and investors now convinced that space tourism is viable on a large scale, it’s realistic to expect that big changes will take place over the next few years and that instead of looking down at a swimming pool from your hotel room window, you could be looking down at a planet.