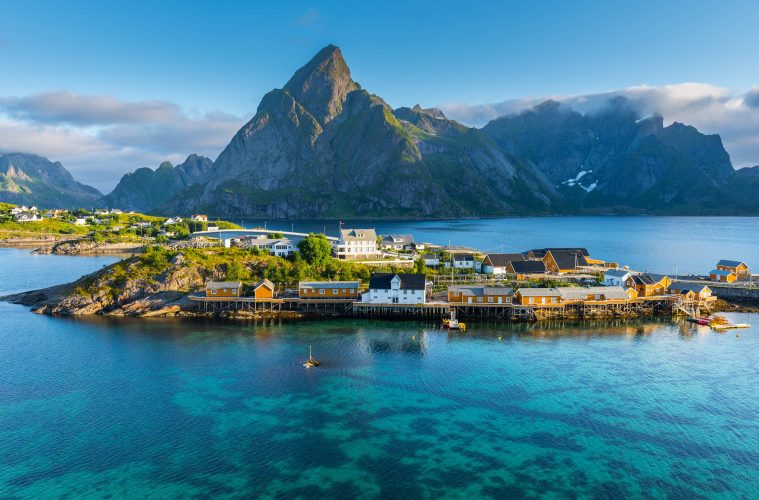 The best holiday destination for those special occasions.

Traveling somewhere new offers cultural enrichment creates life-long memories and gives you a chance to escape from mundane day-to-day life. And what better reason to go away than as a way to celebrate a special event? A unique occasion warrants a unique experience, which is exactly what you’ll get from these destinations, perfect for marking some of life’s most momentous milestones.

The stag or hen do: Prague

With Prague voted the world’s second-best stag destination behind London, the Czech capital is just as much fun but at a fraction of the cost. Bars and clubs galore? Check. An abundance of fun activities? Check. More cultural sights and experiences than you can shake a stick at? Check. And perhaps best of all, it is one of Europe’s cheapest cities to buy a pint, with the average beer setting you back just £1.55.

By day, Prague is a beautiful city, bursting with history, with notable highlights including the iconic Prague Castle, Charles Bridge, and the Church of Our Lady before Týn. By night, it’s a party hotspot, with many of its pubs and clubs open until dawn—stag and hen do organizers Maximise rate Karlovy Lazne, Aloha Bar, and Rocky O’Reilly’s among the best boozers to drink in. Combine this with activities like tank driving, spas, and whitewater rafting, you can’t beat Prague as a stag or hen do destination.

For a sentimental trip with a loved one, look no further than Venice. Although Paris is considered the city of love, Venice is just as romantic and far less clichéd. Its beautiful bridges, picturesque landmarks, and intimate alleyways are perfect for lovers to explore together. In fact, the city was voted the world’s most romantic proposal spot, so could be a good place to pop the question if you’re at that stage of the relationship.

Venice is one of the most unique places you can visit, is made up of 100 small islands linked by waterways in place of roads. Few things are as romantic as a gondola ride with your partner, allowing you to float leisurely along the city’s labyrinth of canals, and take in sights including Saint Mark’s Basilica, Rialto Bridge, and Doge’s Palace. Indeed, the city is teeming with history, with Venice’s strict historic preservation laws keeping much of its breathtaking Venetian Gothic architecture standing today. The city is also renowned for its delectable food and array of revered art galleries and museums.

After years of slogging away at university, it’s almost time for you to leave your uni pals behind and enter the real world. But before all the job searching and hard work begins, your graduation is on the horizon, which necessitates an epic trip to mark the end of an era. And there’s only one place you should be considering, and that’s the world’s clubbing mecca: Ibiza.

Since the nineties, the Spanish island has earned a reputation as one of the best party destinations around. In fact, according to the International Nightlife Association, it’s home to four of the globe’s top 10 nightclubs, with Hï Ibiza claiming the top spot. Add in Ibiza’s huge range of festivals, crazy boat parties, and its ability to attract the world’s biggest and biggest and best DJs, a trip here is the perfect way to celebrate your graduation. When you’re not painting the island red, there’s plenty of other things to do, from chilling out on some its idyllic white beaches and going scuba diving, to exploring the historical Ibiza Old Town and dining out in some of the island’s top-class restaurants.

If you’re looking to go all-out for a milestone birthday like your 21st or 30th, look no further than Las Vegas. The original “Sin City”, nowhere else offers glitz and glamour quite like Las Vegas, giving you everything you could possibly need for a rip-roaring trip away. Seen by many as the world’s ultimate adult playground, you can let yourself loose on some of the best casinos and nightclubs around, with the six kilometers of the Las Vegas strip marking the quintessential hedonic hotspot.

But there’s more to the Nevada resort city than just gambling, girls, and guzzling booze. Considered the world’s entertainment capital, visiting also gives you the opportunity to see some incredible live spectacles, from iconic theatre shows and musicals to performances from world-famous musicians. Moreover, the city is close to some of the US’s most iconic sights, such as the rafting in the Grand Canyon, Zion National Park and the Hoover Dam, which make for incredible day trips.