Mike Zhang, 23, became a millionaire recently after he sold an online company he started at the age of 14. 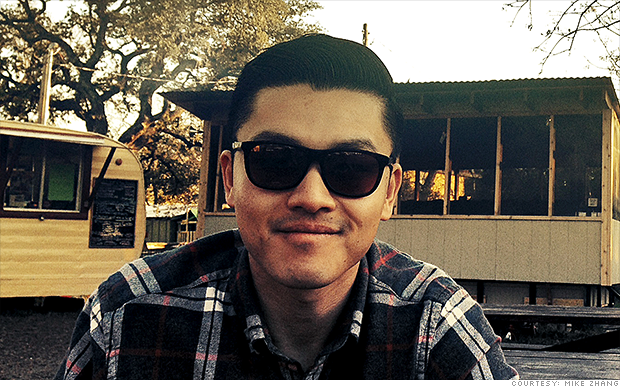 As soon as the sale of his company was announced in 2012, Mike Zhang, who was barely above the legal drinking age at the time, started getting a flood of phone calls.

Wealth managers from some of the largest Wall Street firms — including Goldman Sachs, Merrill Lynch and Credit Suisse — started pursuing the freshly minted millionaire. Some even sent him gifts in an effort to woo his business.

But Zhang, now 23 years old, was turned off by their approach.

“When I have a rainy day, I don’t want to talk to an opportunist,” he said.

Zhang instead turned to Andrew Palmer, a managing director at Bel Air Investment Advisors. The two had met in the summer of 2011 at an event where Zhang was being honored with an entrepreneurship award for his success as the founder and CEO of Airsoft Megastore, an online store for lifelike toy guns and plastic BBs used in simulation combat competitions known as airsoft games. It’s sort of like paintball.

He started the company in 2004, when he was just 14, after returning from a trip visiting relatives in China. Zhang found that the airsoft guns and gear were selling for much less in China than they were in the U.S. He convinced his parents to let him import products from China and sell them online.

After he graduated high school in 2008, Zhang attended the University of California-Berkeley’s business program for a few months before deciding to drop out to run his business full-time. When he sold the company to another entrepreneur, it was generating more than $20 million in annual revenue.

Though Zhang didn’t much have money to invest when he first met Palmer, the young entrepreneur appreciated Palmer’s interest in his company and advice. And by the time the sale happened, Zhang said Palmer had become “a trusted advisor.” So early last year, Palmer helped Zhang use a small chunk of his new wealth to start another company. Palmer is managing the remainder of it — about $10 million.

Bel Air, which primarily manages money for very wealthy individuals, has been getting a number of new clients like Zhang lately: young, newly-made tech millionaires.

“They tend to more hands-on, engaged and interested in details than our typical entrepreneur clients,” said Darrell Krasnoff, also a managing director at Bel Air. “They come to us with an engineer’s approach, so we go deeper with the amount of information we give them. We show them more data, charts and graphics to show what’s possible.” 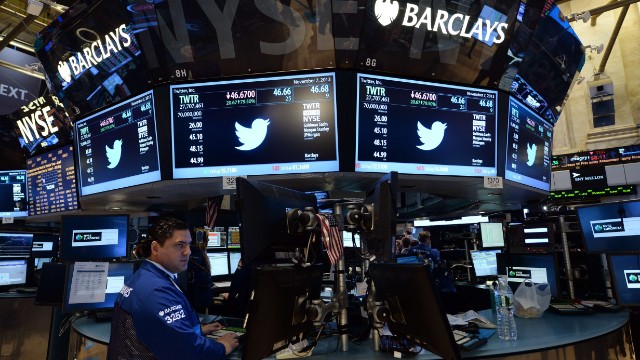 What are they investing in? Mostly stocks. But Bel Air’s younger clients are also putting a sizable chunk in riskier alternative investments like hedge funds, master limited partnerships and real estate as well as safer, income generating assets like bonds. In other words, they are making sure their portfolios are diverse.

The entrepreneurs also like to keep between 10% and 15% of their assets free to invest in their own ventures or other start-ups.

“These young, successful clients have a mentality that the world is their oyster, that they’ll continue to succeed,” said Krasnoff. “Very few sell their companies and retire. Most of the time, they’re on to their next project almost immediately.”

But not all young entrepreneurs are looking to traditional financial advisors to help them manage their money. A growing number of them are also, unsurprisingly, relying on a service with roots in the tech world.

Wealthfront, which CNNMoney named as one of the 15 best financial apps and sites last year, is the fastest-growing online financial advisor. Assets have ballooned from less than $100 million at the start of 2013 to more than $650 million today.

Nearly 60% of the site’s customers are under the age of 35, and many are based in Silicon Valley. The top employers of their clients are a Who’s Who of influential tech companies: Google, Facebook, LinkedIn, Microsoft, Twitter, eBay, Amazon and Apple.

On average, these younger Wealthfront customers have just under $100,000 in their accounts.

“These are people who grew up on computers, they’re comfortable with software, and they have a lot of wealth because their companies share it with them,” said Wealthfront CEO Adam Nash. “They really like the idea of an investment system that’s automated, so they can spend more time on what they care most about.”

Nash, who has an engineering background, is frequently invited to tech companies to talk about how their employees should manage their personal finances.

He first did the talk at LinkedIn (LNKD) about a month before it went public. Last October, he delivered the presentation to workers at Twitter (TWTR) just before its IPO. Nash covers topics from behavioral finance theories to the benefits of compound growth. He stresses what it takes to achieve long-term investing success.

“It’s not that millennials don’t trust the stock market, but … they don’t think there’s a way to beat the market,” Nash said. “They’re actually pretty realistic in their expectations. They know that the market goes up over time, but they’ve been through two crashes. That’s why they like the idea of passive, diversified investments.”

Zhang agreed. He said he’s not trying to live off the money he made by selling his company.

He hopes his investments will grow conservatively — and that he’d rather spend more time working on his latest start-up than worrying about the daily ups and downs of the stock market.