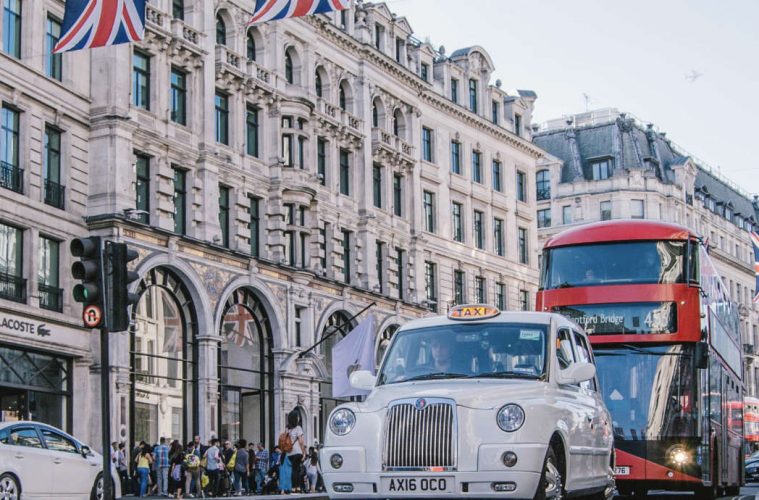 Quintessentially English activities for your next visit to London.

As one of the most important cities on the planet from a historical and cultural perspective, London is a destination that features on most people’s bucket lists. Indeed, it is the most visited city on earth, and welcomes well over three million American tourists every year.

Everyone knows about Big Ben, the red double decker buses and so on. But to truly experience London and get to know the city, there’s no better way to do so than from the perspective of someone who lives there. Here, then, is our quintessentially English guide to the UK’s capital.

Start The Day With A Full English

British food doesn’t always enjoy the best reputation on the international stage. One thing that nobody can deny, however, is that a full English breakfast will set you up for whatever the day has in store. Often abbreviated to simply the “Full English” or even a “Fry Up,” there are numerous variations, but they all have core factors in common.

Fried egg, sausage and bacon are essentials. As far as the latter is concerned, back bacon (usually known as Irish bacon in the States) is the preferred cut. Alongside these, baked beans, mushrooms and toast are also common elements. Perhaps the most contentious item, however, is black pudding. The fact that pig’s blood is a core ingredient is enough to put many people off, but be brave and give it a try and you’ll almost certainly become a devotee.

There are literally hundreds of cafes offering a Full English, but for the genuine English experience, head into the suburbs and choose a small, independent café in a residential area. Finally, don’t forget to order a large mug of milky tea to go with it!

Go To The Footie

Mention English sport and you might immediately think of the mysteries of cricket or the spectacle of Wimbledon tennis. These are, without doubt, quintessentially English, but by far the most popular sport in the UK is soccer. Confusingly, this is more commonly known as football among Brits (although the term soccer is sometimes used interchangeably) and is often affectionately abbreviated to footie.

London is blessed with some of the most impressive stadia in the world, including Wembley and the newly opened Tottenham stadium. The latter has a fully retractable artificial pitch that reveals a football surface (in the American sense) for when the NFL roadshow comes to town.

Both of these venues are well worth a visit, and if you are in London between August and May, you might even be able to catch a Premier League game, featuring one of the famous London teams such as Tottenham, Arsenal or Chelsea. If you do so, take the opportunity to check out an online sportsbook (known as a bookie in the UK) and stake a pound or two on the result.

A big match at a famous ground is a fabulous experience. However, to really capture the essence of a British footie game, there is nothing like experiencing it at grass roots level. You would be amazed to find out just how much green space there is in what is, relatively speaking, a small city, and the dozens of free parks and sports facilities in London. These are home to what are known as “non-league” football teams, as well as clubs where all sorts of other sports are played, including tennis, cricket, rugby and more. Many are places where anyone is welcome to go along and have an informal game with friends.

“Non league” is something of a misnomer, as the teams do play in leagues, but these are regional in nature and feed up to the professional divisions, which are the Premier League, Championship, League One and League Two.

Visit one of London’s parks, watch a non-league game and you can experience the British love for the game at close quarters. It won’t cost you a penny and you can even chat to the players after the game.

Go To The Museums

When it comes to tourist attractions, it’s worth taking your cues from where the British go. Here’s a clue – Buckingham Palace and the Tower of London are not usually at the top of their lists. Of course, both are places that any visitor will want to experience at least once, but don’t head for the obvious tourist magnets and then overlook London’s incredible museums.

Put simply, they are among the best and most comprehensive in the world. Even better, admission is absolutely free, although a discretionary donation is always appreciated. There are well over 100 museums in London, some of which are downright bizarre, but there are three major ones that are unmissable.

The British Museum covers 900,000 square feet of London’s exclusive Bloomsbury district. It’s the nation’s largest museum and contains a mind-boggling eight million exhibits. Among the most famous, not to mention controversial, are the Elgin Marbles, the British possession of which is still a topic of heated debate more than 200 years after they were acquired.

Three miles west, in the equally salubrious neighborhood of Kensington, is the Natural History Museum. As the name suggests, this museum contains all manner of fossils and skeletons. Be warned, it is one of Britain’s most popular destinations for school trips, so time your visit carefully, as the place can get crowded and noisy. The museum’s most famous exhibit is Dippy, a life-size model of a diplodocus that has dominated the central hall for some years. However, Dippy has recently been replaced by the skeleton of a blue whale that was found in Ireland.

The final stop on your museum tour is the Science Museum. It’s right next door to the Natural History museum and is another one that is popular with the youngsters. The exhibits include Stephenson’s Rocket and the oldest steam locomotive in the  world.

Finish The Day With A Pie And A Pint

After filling your day with sport, education and culture, that fry up seems a long time ago. London is full of restaurants that specialize in every sort of cuisine on the planet, from the Indian restaurants of Brick Lane in the East to the pizzarias of the West End.

However, it is the quintessentially English experience that we are looking for. So venture into the smaller side streets around The City and Holborn area and step into a pub for a steak and kidney pie and a pint of traditional English ale. Yes, of course it is warm – like red wine, it is supposed to be savored that way, so enjoy!