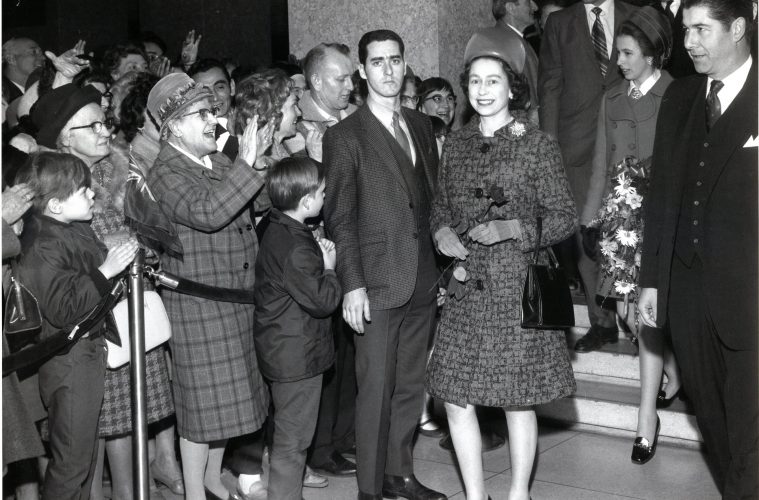 Sharp Dressed Men: How you can dress like award winners this season

Award season is well underway and, with it, are the styles that will shape 2020’s fashion game. Names like Joaquin Phoenix, Taika Waititi, and Brad Pitt are not only sweeping the nominations — they’re making sure they stand out on the red carpet as much as they did on the silver screen. Sporting a mix of classic and daring looks, these stars can provide you with outfit inspiration for the big events you’re attending this year, though maybe not as outlandish as Billy Porter’s Grammy Awards ensemble.

Give an edge to a formal suit with an air tie

An air tie is simply a suit worn without a tie. Sounds simple enough, but it’s very easy to slip from fashionable to drunk uncle at a wedding reception if you don’t style it correctly. At the SAG Awards, we saw Brad Pitt and Daniel Levy rocking an air tie in two different ways,  both equally stylish. Brad opted for an open collar on his shirt, while Daniel went in the opposite direction, keeping his top button fastened. Even Stranger Things star Finn Wolfhard got in on the action, pairing a crisp white shirt with a slick black and blue tuxedo.

Looking good while forgoing a tie isn’t that difficult to get right, but there are a couple of things you absolutely must do. Firstly, you need a sharp suit, which both actors delivered. But while Brad went relaxed with his jacket, Dan wore his double-breasted jacket fastened up for a much more formal look. Take the opportunity to experiment with the suit design, including floral motifs or a block color like rapper Quavo at the Grammys, if you’re feeling up to it—though maybe not as embellished.

As well as a well-fitted suit, you need a perfectly-tailored shirt to ensure that it doesn’t seem like you’ve put your outfit together at the last minute. A tie naturally adds a sense of formality to a look, so without it, you will need to be extra careful with the rest of your look. We recommend shopping with suit specialists, like Hackett, to find your perfect suit and shirt fit, as they’ll be able to advise and adjust the garments to make sure they hang correctly. A specialist store is also more likely to stock a wider range of styles for you to try until you find the ideal one.

Channel Hollywood glamour in a tuxedo

A classic tuxedo will never go out of fashion, which is why it’s the first choice for event attendees. When worn well, it elicits prestige, which is probably why you can expect to see them during every award season. The main difference between a tuxedo and a suit is the satin face on the lapels, the style of buttons, and pocket trim. It’s also common to see a satin stripe down the trouser leg of a full tuxedo suit, but this isn’t always worn.

At the SAG Awards, Leonardo DiCaprio demonstrated exactly how to wear a tuxedo—with a crisp white shirt and a black bowtie. And while Joaquin Phoenix has been hitting the headlines with his politically charged speeches, he’s also been making a statement with his wardrobe. The Joker star opted for a custom one-button black tuxedo by Stella McCartney, which he will wear for the entire award season, in an effort to draw attention to sustainability. He’s been mixing his style up by swapping between a necktie and bowtie for different ceremonies. You don’t have to stick to darker shades, however, as proven by Dacre Montgomery at the SAG awards, who opted for an all-white outfit, letting his black shoes and bowtie finish the look.

Wearing a tuxedo is generally reserved for formal events, especially when the invitation specifies “black tie” get-up. You can’t wear your standard button-up shirt with this look, however, so you’ll need to invest in a dress shirt. This features pleats, a winged collar, concealed placard (ie: the buttons are hidden), and will need cufflinks to fasten the sleeves. While you can hire a tuxedo for one-off occasions, we would recommend buying one, even if you only wear it once a year. Alterations, if needed, are generally easy, and it will be tailored specifically for you, without ever going out of style.

Stand out with a bright suit jacket

If a classic black and white suit is too traditional for your taste, consider mixing it up and going for another color, which is actually easier to pull off than you probably think. Take inspiration from the stars of This Is Us, Milo Ventimiglia and Sterling K Brown. At the Critics’ Choice Awards, Milo opted for a camel-colored suit jacket, giving an edge to his outfit’s ‘black tie’ look, while Sterling stunned in an all-burgundy ISAIA suit.

And they weren’t the only ones that chose to inject some color into these typically black-tie events. Across the pond at the UK’s BAFTA awards, Fleabag’s Andrew Scott wowed in a deep green velvet tuxedo jacket, while John Boyega kicked things up a notch in an all-red jacquard suit, paired with a white shirt.

Meanwhile, plenty of event attendees opted to forgo the events’ muted color palettes altogether, opting for bright, white suits instead. For example, Taika Waititi rocked up to the Golden Globes in a white tuxedo jacket, paired with black slacks, black shirt, and a black bowtie. The Jojo Rabbit star and director accessorized his monochrome ensemble with a black pocket square and white buttons on his dress shirt to finish off his flipped tuxedo look.

If you’re opting to wear a broken suit — that is, mixing and matching your suit jackets and pants — then there are some rules you need to follow to make it work. Ensure you pick the right colors and materials. You can’t match summer trousers with a winter jacket, for example. Play around with contrasting colors for jackets and trousers until you find a look you’re happy wearing.

Regardless of how you choose to style your suit separates (as they are also known), you should ensure that the entire outfit is well-fitted, potentially having the ensemble tailored.  A well-fitted suit should be comfortable to wear, and an ill-fitting suit can alter your entire look, and not in a good way. You also run the risk of looking too casual for formal events, especially if the suit is slightly too loose.