2017 has been a record-breaking year for individual accomplishment and for the planet as a whole. With many of the inspirational icons rising in 2017.

Meghan Markle blurred racial and political lines in an unexpected way when the British Royal Family officially welcomed Prince Harry’s fiancé to the Family. Another inspirational icons is Instagram star, James Charles celebrated a triumph for gender neutrality when he became the first male spokesmodel for CoverGirl Cosmetics.

Media magnates including Harry Weinstein and Matt Lauer crumpled like Goliaths struck by stones of truth unleashed by the brave victims of sexual assault and harassment to become inspirational icons in 2017.

The Fempire movement shattered the crystal ceiling as inspirational icons like  Kylie Jenner harnessed the power of social media and drove a new business model all the way to the bank. Kylie Cosmetics is on track to earn $1 billion by 2022, a feat that took L’Oreal’s Lancome brand eight decades.  Her older sister, Kendall Jenner, dethroned Gisele Bundchen as the world’s highest paid model, earning $22 million in 2017.

Many heroic humans came to the rescue as climate-distressed Mother Nature pummeled the planet with a series of devastating weather patterns, and global citizens have found their voices amongst political unrest.

As the sun sets on 2017, we reflect upon a few individuals that have most inspired and contributed to the hopeful dawn of 2018.

Connie Nielsen is one badass mother!

Most recently, the celebrated actress plays one of the most iconic superhero mothers of all — Hippolyta, Queen of the Amazons, mother of and mentor to Wonder Woman.  The role of Queen Hippolyta embodies many characteristics that Connie’s dear friends and castmates associate with her very own character.   Like Queen Hippolyta, Connie has her squad of chicks as badass as she is and they adoringly describe her as ferociously loyal, a force of nature with a kind, a soft-spoken voice that carries the spirit of a fierce crusader for human rights and dignities globally and becomes one of the inspirational icons of 2017.

While shooting the film Lost in Africa in Kibera, the largest and poorest urban slum in Africa, Connie became familiar with the people, their daily struggles — like finding clean water to drink — and the impact that being sick and hungry has on the overall cycle of poverty.  On a morning walk, Connie was approached by a group of Elders who asked what seemed to be a simple request: “Will you build us a well?” She agreed and upon returning stateside, took a deep dive and discovered the layers of intertwined issues and complications that affect a slum located so near the wealthy city of Nairobi.  From this research, Connie recruited a team of specialists who formed The Human Needs Project in June 2010. It now includes what has become a city center in the slum, providing jobs, a computer lab, laundry, a community-owned banking system and of course, clean water.  Connie balances her film career with a full-time commitment to the project that provides Road To Freedom Scholarships to children living in slums. As one of the first to comment publicly in regard to her own experiences with Harry Weinstein, she has been outspoken in the defense of and drawn attention to the egregious “that girl” stigma. In her vigorous defense of the victims, she has been quoted as saying, “’That girl’ was vulnerable to manipulation, coercion or physical violence which she should never have been exposed to in the first place — and she should not be shamed for that. No one knows how they would act had they experienced a different childhood, trauma, and levels of resilience.” She adds, “As long as we suspect female actors’ complicit in their own victimization, as willing participants in their own humiliation, we shame the victim and enable a culture of silence that not only allows, but also empowers predators to act with impunity.” 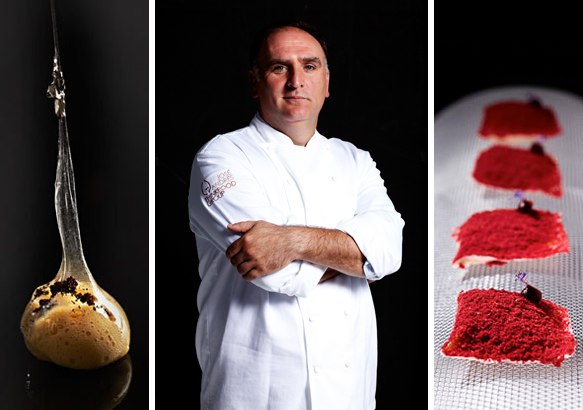 José Andrés is one of the inspirational icon opened the largest restaurant in the world, in just one week.  Singing can be heard in the makeshift kitchens, tears of gratitude and prayers are the “thank you” heard as hot meals are placed into the hands of Hurricane Maria survivors in Puerto Rico.

The Michelin Star Spanish chef has more than 30 dazzling restaurants serving haute cuisine in pristine locations like Beverly Hills.  He went to Puerto Rico just five days after hurricane Maria devastated the island of 3.4 million and by pure instinct, did what he does best: he started cooking.  Without a real plan or the assistance of federal aid, the dynamic, larger-than-life chef found a functional kitchen, recruited an army of volunteers, purchased supplies with $10K of his personal funds and started feeding hot meals to the hungry, frightened people of Puerto Rico. 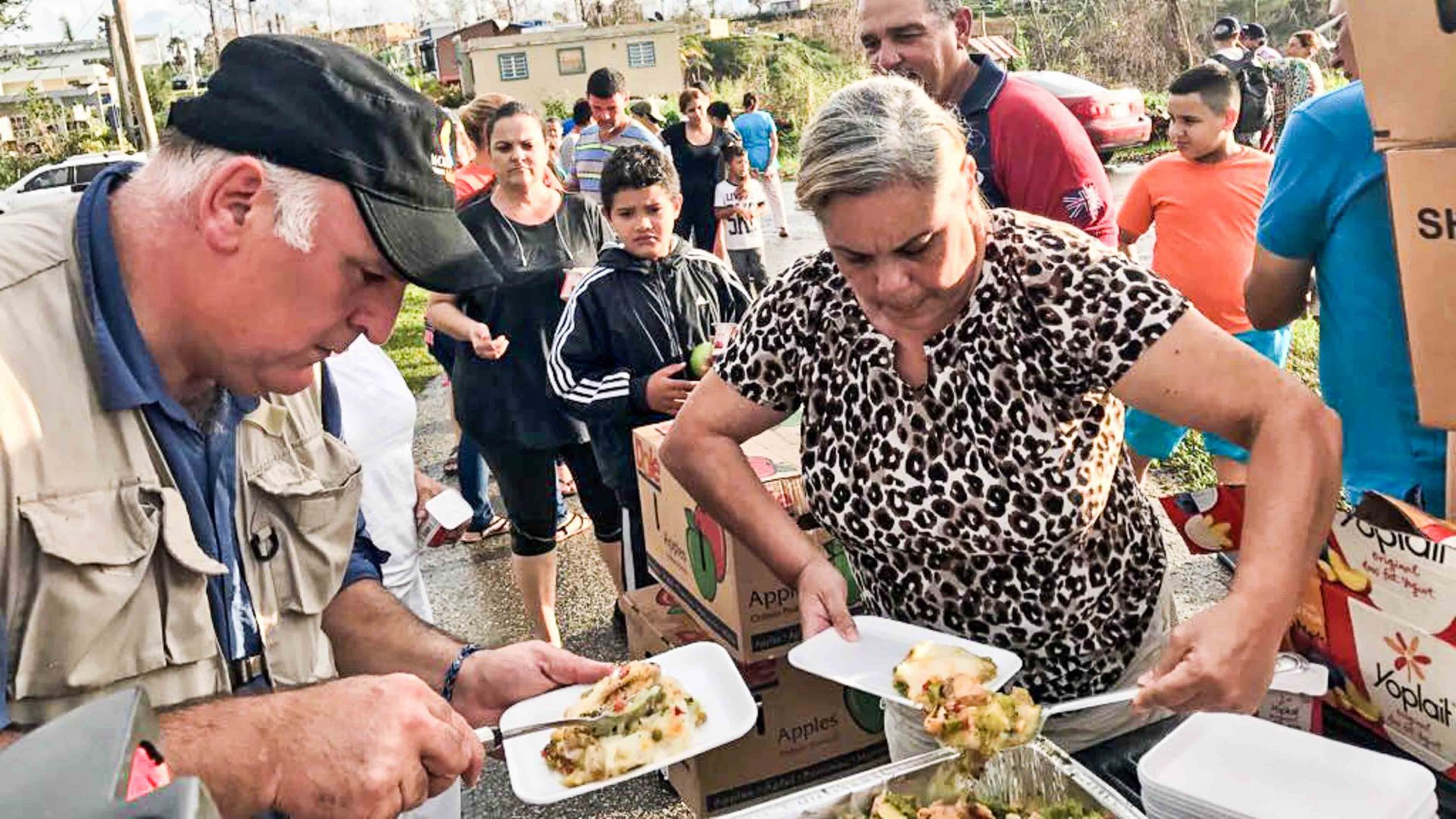 The first day, the operation served 1,000 meals.  By the time the island was nearly back on its way to recovery, José and his army of chefs scaled the operation to include 18 relief kitchens; serving the people of Puerto Rico more than 3 million hot meals.

The overwhelming task seemed daunting at first, even for the celebrity chef and humanitarian who founded ‘World Central Kitchen’ after the 2010 earthquake in Haiti.  He and his team persevered and their efforts have set a new precedent for disaster relief efforts globally.  They’re now preparing for future disasters by spearheading an effort to establish real-time relief plans while establishing job training programs for local chefs.  Unfortunately, this mission has already been put to the test the first week of December — his army raced to assist the victims of the record-breaking wildfires that have ravaged Los Angeles.

Yara Shahidi one of the inspirational icons in 2017 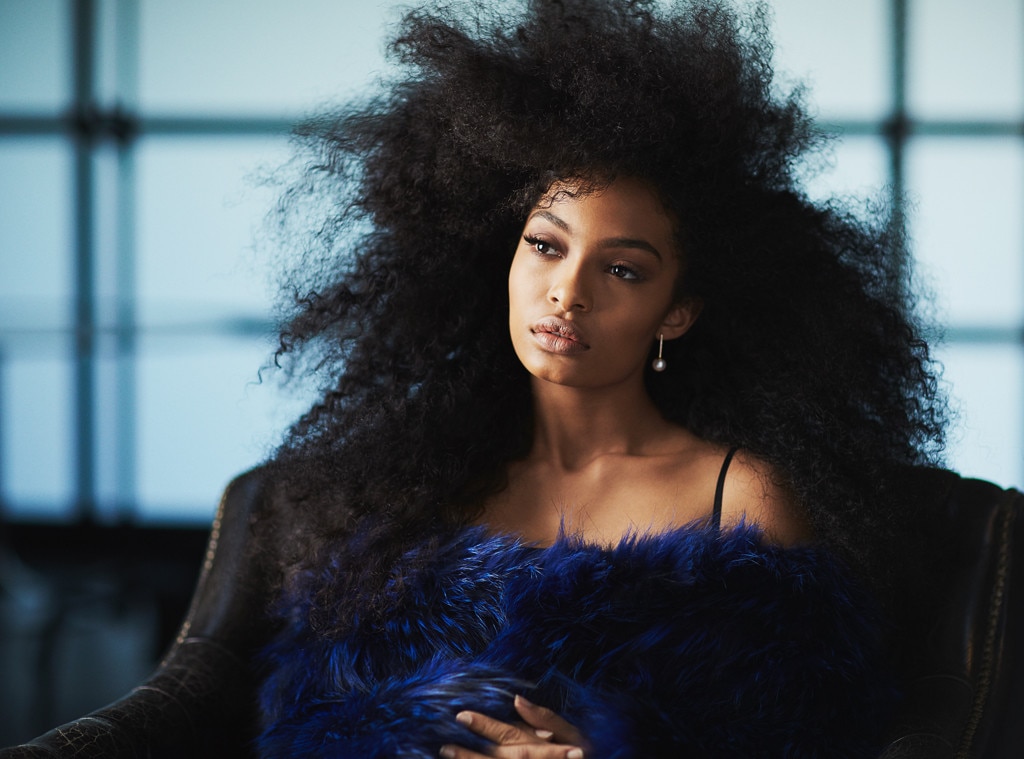 Yara Shahidi is getting grown as one of the inspirational icons.

For four seasons, audiences have watched the vibrant teen activist blossom as she plays Zoey, the Johnson family’s eldest daughter on ABC’s hit show Black-ish. Stay tuned!  Fans of the confident, outspoken Zoey get to follow her as she heads off to college and navigates the pitfalls of young adulthood in the new Black-ish Spin-Off, Grown-ish, premiering January 3, 2018, on Freeform.

Unlike her onscreen character, emotional growing pains are the least of Yara’s concerns — the young thought leader is a guiding force and role model whose influence reaches beyond her generation.  She utilizes her platform to identify, understand and discuss tough issues such as social injustice with grace.  Driven by a thirst for cultural and social understanding, Yara inspires awareness and opens a dialogue with the intention of unifying and inspiring others to explore their convictions, find a way to change what they can and act with purpose to make the world a better place for everyone.

In addition to her work with ABC’s “-ish” franchise, she is currently involved in a couple of digital projects as a content creator.  Her vivacious personality bursts from the screen with an infectious positivity and humble charm.

Yara’s profound influence was captured by former First Lady Michelle Obama’s letter of a recommendation to Harvard.  Yara’s freshman year at the university is in the near future where she plans to study Social Studies and History.  Is it art imitating life or vice versa?