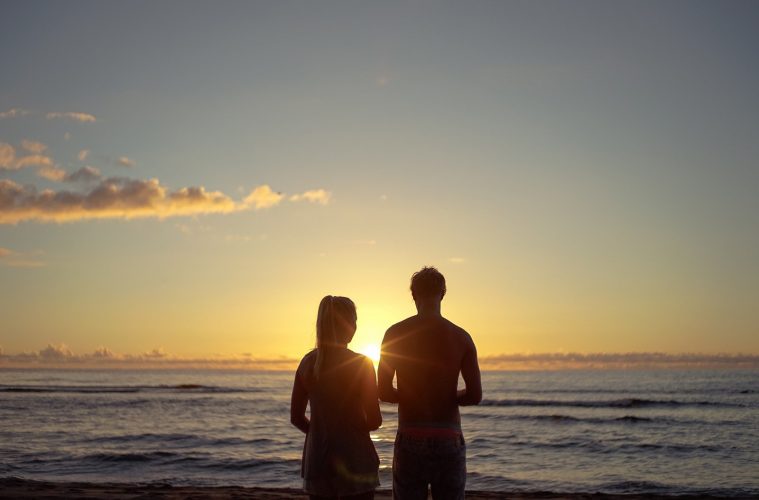 10 Signs It’s Time to Break It Off With Your Boyfriend: Is Your Relationship Worth Saving?

Relationships are tricky things. In the beginning, they are wonders, but over time, girlfriends sometimes start to wonder if that miracle boyfriend is a good fit. How does a woman figure out if the relationship is simply in a rough patch or if the time has come to an end it all? Read through these ten signs to figure out if that boyfriend is worth keeping around for the long term.

Consider this scenario. A couple has been dating for almost a year. The two are having fun, and the sex is still fantastic. However, she hasn’t introduced him to her family, and the boyfriend hasn’t said that he wants to meet them. The truth is that if a man really loves you he will want to meet your family to learn more about the women he professes to love. Knowing more about her means meeting her family and friends. If she doesn’t want to introduce him to her family, maybe she isn’t serious about him.

It’s Friday night, and the girls are ready to roll. It’s the best night of the week when partying with pals is on the schedule. If she doesn’t even think about including her boyfriend on nights like these regularly, she may not genuinely care about him. When having fun is on the horizon, heading out with the love of your life should top any woman’s list. When couples don’t socialize together, they gradually slip apart. Sustaining a relationship over the long term means wanting to spend time with him both alone and when out with friends.

The healthiest relationships occur when both parties are entirely comfortable with being themselves. If a girlfriend finds herself acting in different ways when she is around her boyfriend, then she needs to ask herself the following questions: Does she keep her real opinions to herself to avoid rejection? Does she hide things from him? Does she feel like he is judging her? Look at yourself to see if this is a problem in your relationship.

If a woman has had a good day at work or some small victory, a good boyfriend will be happy for his girlfriend. If he belittles her accomplishments by negatively comparing her to past girlfriends, he is undermining her achievements and slowly eroding necessary confidence. When this condescending behavior happens regularly, the girlfriend’s self-esteem starts to fall, and signs of low self-worth begin to appear. Some men do this deliberately to keep their partners attached. Over time, these behaviors become toxic. If this applies to you, consider exiting the relationship if talking about the problem with the boyfriend doesn’t improve the situation.

If one or two friends don’t like a boyfriend, but the rest of them do, don’t worry about it too much. Not everyone is compatible. However, when every single member of the girlfriend’s family and all of her friends are uncomfortable around him, it’s time to take a fresh look. If this sounds like you, ask yourself one crucial question: Is he cutting you off from everyone in your life? That’s a sign of controlling behavior. A healthy relationship based on mutual trust should be the goal.

Women who want to get married need to date men they see as potential husbands. If the thought of marrying your current boyfriend either makes you laugh or, worse, sends shivers down your spine, why are you wasting your time? Women with boyfriends have a hard time meeting men who are worth marrying. It is time to get back into the dating game and leave this deadend relationship.

Women grow up, hoping to achieve goals while continuing with their personal growth. However, some settle into a relationship and find that their dreams get shunted into a back corner. In the beginning, it’s reasonable to slow down to get to know this new man. But, over time, if her dreams keep getting pushed further away, the relationship needs some reevaluation. Solid long-term relationships thrive when both people continue to grow. Sure, personal growth raises the possibility that the two of you may drift apart, but in a good relationship, that can be worked through, and even stronger bonds can develop.

Healthy couples understand that it takes two for a relationship to last. If a woman is the only one working at it, she will soon feel drained by the responsibility. Once a boyfriend understands that his girlfriend will stick around no matter what he does, the situation will continue to deteriorate. If she talks to him about her concerns and he doesn’t put out any effort to change, he likely never will. If this is you, stop arranging the social life or doing the bulk of the chores. If things don’t change, walk away.

We can only live in the here and now. If problems get rehashed over and over and nothing changes, your boyfriend might not want to change. However, if he has promised to change but doesn’t take steps to make that promise come true, heed the red flag. Promises should be kept. Trust builds when promises are kept. Why stay in a perpetual loop? Ask yourself if the relationship is worth it to you.

Many victims of abuse remain in a relationship because they think they caused the violence. A boyfriend who abuses his partner will continue to harm her in the future. Emotional abuse lingers long after the words are spoken, or blows are struck. If you are in an abusive relationship, consider seeking therapy. Staying in an abusive relationship can cause serious harm in the future since most abusers escalate their behaviors. It takes courage to leave this type of toxic boyfriend, but help is available.

If you recognize these types of problems with your boyfriend, you may be in a dead-end or toxic relationship. It’s possible to work through these situations and build a more robust and healthier bond, but it takes work. Recognizing a problem is the first step towards solving it.