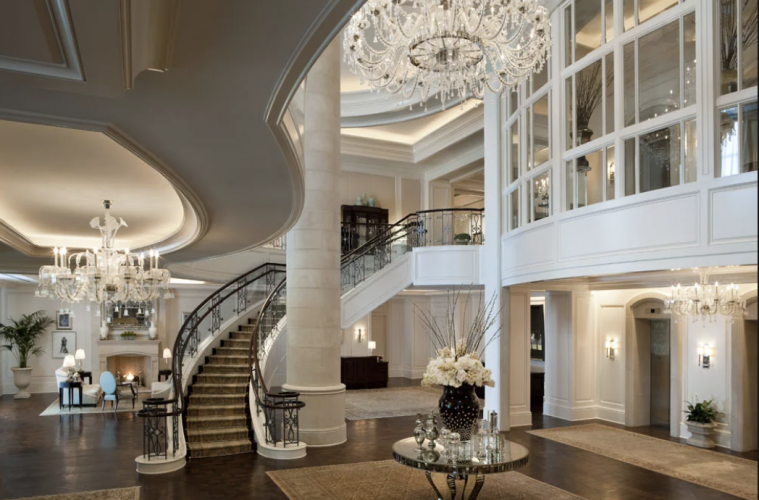 Art and history – the unique design of Georgian hotels

The tourism industry has exploded in Georgia over the past decade. The nation settled in the Southern Caucasus on the crossroads of Europe and Asia went from being an unnoticeable piece of land on the map to an international tourist destination. In 2019 alone, Georgia hosted more than 9 million international visitors – the number expected to keep rapidly growing in the years to come.

So what is there to see in the country of Georgia. After all, the US state of Georgia is making it quite competitive for the country. Jokes aside, Georgia is a marvelous nation with so much to see, explore, and experience. The land is full of discoveries, covering a wide range of climate zones from the middle-east-alike dry climate in the south to subtropical areas in the westmost parts of the country. Nature is rich here with a number of mesmerizing national parks that spread all over Georgia. They are home to some unique species of flora and fauna.

Furthermore, the country has some of the highest mountain peaks in Europe. The great Caucasus is located in the north of the country, practically bordering the entire side of Georgia. Great views can be witnessed over the mount Kazbegi from the Gergeti Sameba church while Svaneti offers unique skiing experiences. The west is home to many of the coastal towns offering sea holidays to travelers. Go and relax on the beaches of the Black sea with the subtropical climate surrounding you at all times.

Besides the beautiful, absolutely stunning nature of the country, the national character can still be best observed in its cities. The capital Tbilisi is a true, modern metropolis. Home to over 1.5 million people, the capital has a history of over 2 thousand years. The rule of different empires and invaders throughout centuries can be witnessed in the diverse architecture of Tbilisi. Colorful balconies and great fortresses reflect on the glasses of modern bridges and high-rises all across the capital. All in all, there is something for anyone in this exquisite capital of many cultures and peoples.

The soaring number of visitors needs to be accommodated. Being a post-soviet country with little to no developed tourism infrastructure, Georgia struggled to keep up with the growing rates of international visitors. However, through billions in investments and international spendings, the nations are now home to some of the most innovative and eye-catching hotels in the world.

The trend is different in every part of the country. Yet, Tbilisi’s hotels reflect on the art, history, and culture of the country the most. The trend of renovated old art-deco or soviet buildings is spreading all across Tbilisi, resulting in a number of interesting development projects. As a result of this process, the capital has continuously been called the Berlin of the east along with others.

This one barely sits in the definition of a traditional hotel. It could be everything one wants: a home, a library, a cozy cafe, and a fancy restaurant. Located on the central Rustaveli Avenue, the hotel offers views over the very inner parts of Tbilisi. Everything buzzing and fun is around from bars and cafes to art galleries, music halls, and green areas. The hotel is located in a disused Soviet printing house, a massive building with marvelous spaces. Concrete dominates the design both inside and outside of the building. The owners decided to keep and preserve the original design while introducing modern elements such as floor to ceiling windows and gardens. The courtyard also represents a great place for evening gatherings. Many events are held there on a regular basis. Space gives the possibility to organize movie screenings and even exhibitions.

When it comes to entertainment, the hotel offers a wide spectrum of options. For those who often visit online casino sites, Stamba will be a real treat. The hotel features a high-end casino ‘The Aviator’. It offers all types of traditional games along with special ones developed by casino management. The design of the casino is extremely luxurious and classy. The name ‘aviator’ is reflected in small details inside of it.

However, if gambling is not what you enjoy in the evenings, the Stamba hotel provides a palette of other options. One of the finest features of the hotel is a ground floor cafe. The central entrance is located on Rustaveli avenue, adding some special feeling to it. Yet, it can be entered from the hotel directly, as well as from the courtyard. The cafe Stamba is one of the leaders of the bakery and Konditorei in the capital. The exquisitely decorated interior is just the right environment to taste delicious cakes from an extremely international menu with a Georgian touch to it.

When Georgia gained its independence, there were almost no high-end, international hotels in the capital. Marriot was one of the first ones to enter the market with its centrally located venue in a historically significant building. In fact, this building belonged to a hotel for decades during the Russian empire and later throughout the Soviet Era. The architecture of the hotel is dominated by classicism and art nouveau which was quite common in the early 20th Century Tbilisi. The exterior is simply beautiful with french balconies and wide windows.

Unlike the rest of the venues on the list, the Marriott Hotel is almost exclusively used by diplomats, politicians, and businessmen for meetings and stays. It often hosts delegations from leading countries and organizations globally. The ground floor features a cafe with a diverse menu. There also is a bar that offers special cocktails as well as classic ones.

Rooms are marvelous with beautiful views over the mount Mtatsminda and the iconic TV tower of the capital. Some rooms look over the nearby park and the famous Blue Gallery. The hotel’s location is as good as it could have been. Placed in between some of the most important landmarks of the capital and practically in front of the Georgian parliament building. It also is roughly a 5 minute walk away from the monumental Liberty Square.

The hostel culture has been one of the fastest-growing sectors in the Georgian capital over the past decade. The huge influx of young visitors has caused a real boom in the hostel business. Yet, out of hundreds of them, Fabrika is the one that stands out. It is not only a hostel but ana entire complex uniting bars, restaurants, cafes, and even a plant shop. Its courtyard gathers crowds every day of the week, having drinks, listening to music, and having fun.

The building is a former sewing factory that opened during the Soviet rule. With large floor to ceiling windows and a spacious courtyard, the investors decided that this was the right place for what they had in mind. The concept of Fabrika is unlike anything else you might have seen. A minimalistic hostel is surrounded by a number of exquisitely designed bars and restaurants serving international food.

The location of the hostel is quite good as well. It is roughly a 15-minute walk from the Marjanishvili square which features a metro station. The district itself called ‘Plekhanovi’ is real Hipster heaven. The borough full of art nouveau architecture and historical buildings are all covered in contemporary graffiti and art exhibitions. Fabrika is a great place to stay for those looking for a free-spirited, open-minded, and always active place.