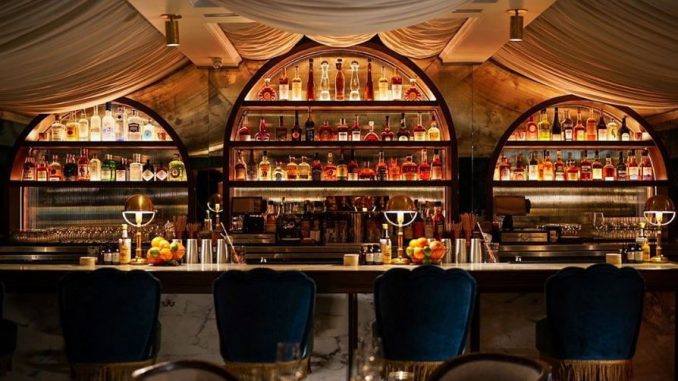 With a population of over one million in the city proper and 3.8 million in the wider metropolitan area, Birmingham is Britain’s second-biggest city.

And although its easy to associate its big brother London with high-end lifestyles, luxury isn’t always the first thing that pops into one’s mind when Brum is mentioned.

However, those in the know will confirm that, in actual fact, there are far more opportunities to indulge in the finer things in life in Birmingham than you might imagine – it’s just that for whatever reason, they’re not often deemed headline-worthy.

So if you want an insider’s guide to the beauty and elegance that bubbles away just below the surface of this wonderful west midlands metropolis, you’re in luck – read on as we reveal Birmingham’s hidden luxury hotspots.

First thing’s first – you won’t be able to enjoy Birmingham’s glam side unless you’ve got a sublime sanctuary to sip a few refreshing cocktails and rest your head.

And luckily this city has plenty of luxe lodgings to choose from, so you won’t be stuck having to settle for second best.

The Hyatt Regency Birmingham features the amazing Amala Spa, fine cuisine and comfy rooms with either skyline or canal views.

But for something a little different, why not give the serviced apartments at No.8 Waterloo Street a whirl? You’ll feel the ambience as soon as you step into the superb Art Deco lobby and the spacious flats have the gorgeous Boho feel of Greenwich Village lofts.

Next, it’s time to find something terrifically tasty to eat – you’ll be glad to learn that you won’t have to search far to find haute cuisine in Birmingham.

If we’re pushed to pick a favourite from this city’s coolest eating establishments, it would probably be the Marco Pierre White Steakhouse and Bar Grill. This is probably the premier place for social butterflies to flutter by, and the rooftop champagne bar offers breath taking views across the whole city.

But as you’d expect, the food is exquisite too – with its fricassee of woodland mushrooms, cream peppercorn sauce and buttered leaf spinach, the fillet of beef au poivre is a particular favourite.

If you’re flying out of Birmingham on a business or pleasure trip to a designer destination in Europe of further afield, there are several ways to ramp up the refined ambience.

For example, for the ultimate exclusive treat, check out privatefly.com if you’d like a private jet to ferry you and your friends and family practically anywhere on earth.

And even if you can’t be bothered hiring a limo to take you to the airport, why not book valet parking with SkyParkSecure.com and bring your Bentley, Benz or Beamer right to departures?

As you can see, there are many reasons why the UK’s second city is first choice for pleasure seekers – the next time you’re invited to Birmingham, you can head straight to the hotspots thanks to our guide.

Share your own Birmingham luxury tips in the comments section.