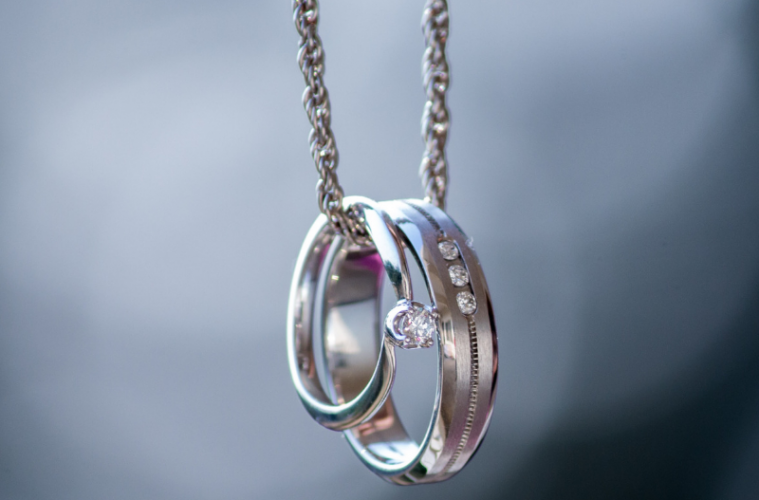 Engagement Ring Traditions around the World.

Since ancient times, circles have been revered as a symbol of perpetuity. Today, they can mean anything from totality, perfection, eternity, and more. Depending on where you go in the world, rings may hold a different meaning for people, including how they’re used for engagement ceremonies.

In this post, we’ll be taking a look at the different traditions practiced by people all over the world when it comes to engagement rings that shed light on the cultural diversity on our planet. Whether it’s a custom sapphire engagement ring or a ring that’s been passed down for generations, these ring traditions put a whole new meaning to the idea of engagement.

Ireland – When it comes to traditional but unique, the Irish symbolic Claddagh ring certainly stands out. Depending on which hand the ring is on, it may represent engagement or marriage. This ring’s special design features two hands holding a crowned heart in the middle. The hands stand for friendship, the heart stands for love, and the crown represents loyalty.

Sweden – In Sweden, it is customary for both men and women to wear engagement rings. These engagement rings are usually made from simple silver or gold bands. When it comes to a fancy diamond ring, the bride receives one on her wedding day.

Germany – While the couple is still dating, the guy may give the girl a promise ring. This is a much smaller ring than typical engagement rings and may replace the engagement ring altogether. When a couple gets married, the couple may switch the promise ring from their left to the right hand.

Argentina – Many couples in Argentina exchange their rings upon getting engaged, but not at the wedding ceremony. It’s also common in Argentina for both parties to wear engagement rings as a sign of commitment to one another.

Chile – Similar to Sweden, both men and women in Chile wear engagement rings. The rings are placed on their right hand and once the couple is married, they move them to their left.

Kenya – Kenyan brides may not get to show off their sparkling gemstone engagement ring, as couples in Kenya exchange ornate jewelry instead. According to African tradition, the type of decoration and color is determined by multiple factors such as the couple’s religion, region, and even the region’s climate.

Thailand – In Thai tradition, everything is about gold. During a “gold engagement” ceremony, the future groom bestows the bride with a variety of golden gifts and jewelry that may or may not include an engagement ring.

India – While some people are wondering which hand they’re supposed to be wearing an engagement ring, in India that’s not an issue. Indian traditional engagement rings, called bichiya, are worn on the toes rather than fingers. In some parts of India, women don’t get engagement rings but are given ornate bangle bracelets.

Vietnam – In Vietnamese tradition, on the day of the engagement, the groom’s family presents the bride’s family with an odd number of gifts. After the gifting, the families offer a prayer to their ancestors in exchange for marriage approval. Only after the ritual is complete can the groom present the engagement ring.

China – While many Chinese couples follow western engagement traditions, there are still those who go with the tradition. In Chinese tradition, jewelry, money, or any other goods can be given to a bride, instead of an engagement ring.

Wherever you go in the world, you may find that people have different ways of celebrating a couple’s engagement. They have their own symbolism and meaning, making the engagement ceremony all the more unique, as well.

Of course, more couples today are making the decision to forego tradition, and there’s nothing wrong with that. In the end, what’s important is the genuine love shared between two people as they make the decision to spend the rest of their lives together.