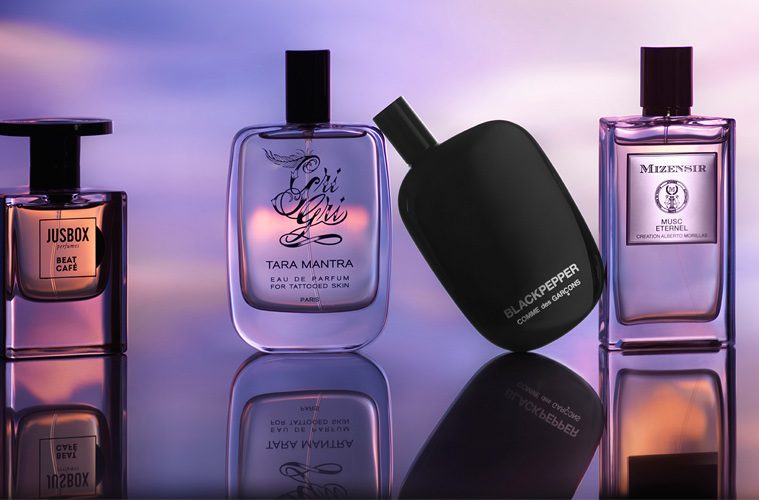 Fragrances have often been categorised by gender, with stereotypical floral scents for women and leathery, woody scents for men. There is a very clear divide between male and female perfumes, but recently there has been an uplift in unisex fragrances. From the new androgynous trends from years ago, to non-binary fashion shows now being added to New York Fashion Week, the concept of gender neutrality is becoming more recognised.

You might remember the cult classic from the 90s; CK One by Calvin Klein. This became popular not as a men’s or women’s fragrance, but just as a scent. It’s something that is a popular idea today, with many other brands releasing fragrances that aren’t aimed at one specific gender.

What makes a fragrance unisex?

Perfume is often linked to the concept of expressing yourself, with the scent being a reflection of who you are. In this sense, gender doesn’t even need to come into it. Instead, a unisex fragrance is about the smell itself, which often is the result of opposing notes.

Think citrus scents combined with musk, rose and sandalwood, or berries mixed with spicier tones like coriander or nutmeg. None of these scream a particular gender, making them ideal choices for a unisex fragrance.

Tom Ford has achieved this spectacularly. His Black Orchid fragrance uses blackcurrant, lemon and orchid mixed with spicy notes and a woody finish. The ultimate combination that suits any occasion, whether you’re male or female.

Similarly, Tom Ford’s Neroli Portofino captures a perfect picture of the Italian Rivera, appealing to both men and women with citrus notes, rosemary, neroli and amber.

Why are unisex fragrances so popular?

The general public are looking for new ways to express themselves that isn’t necessarily so stereotypical in regard to gender. Not all women want floral, pink perfumes, and not all men want spicy, dark aftershaves.

There are often notes included in men’s aftershave that you might usually expect to find in women’s perfume; orange blossom and lily of the valley. This creates an assumption of a unisex fragrance, whereby the wearer can interpret it for either gender. Likewise, there are many men’s scents that have become popular buys for women; such as Acqua di Parma fragrances.

Unisex fragrances are popular because they allow the wearer to focus on the smell itself, not the shape of the bottle or the colour of the packaging.

This is reminiscent of Jo Malone’s popular range of fragrances, housed in simple bottles and black outlined branding. Scents like sage and sea salt, or black cedarwood and juniper don’t instantly jump out to a man or woman.

So, if you’re looking for a new fragrance, why not base your search on a scent instead of a gender?