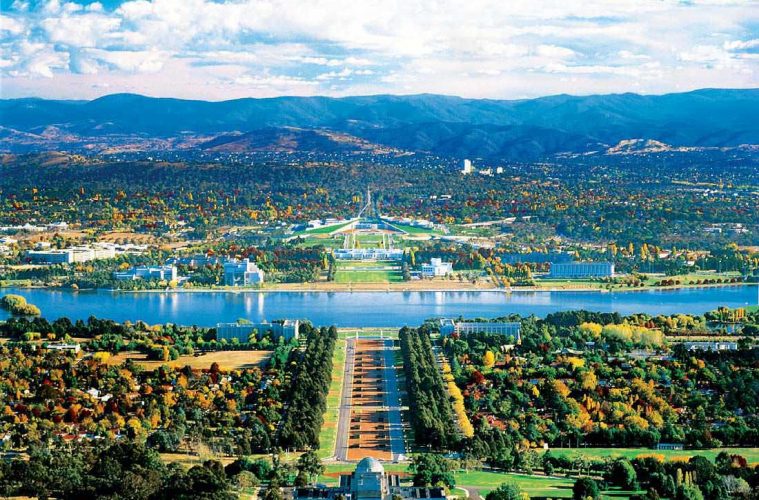 Canberra is nicknamed the ‘heart of the nation’ – so why not allow yourself to fall in love with Australia’s ‘real’ capital city?

As the country’s eighth-largest city, with a population of around 382,000, Canberra is large enough to offer everything you need for a fantastic trip but small enough that you never feel insignificant or stifled.

Hotels in Canberra are generally welcoming yet reasonably-priced, while its location between Melbourne and Sydney means there is no reason why this incredible city shouldn’t be added to your bucket list.

Inspired by the garden city movement, Canberra was designed by Walter Burley Griffin and Marion Mahoy Griffin, an American husband and wife who won an international competition to design the blueprints.

And as such the city’s simplistic layout and green, open spaces ensure that every walk from A to B is a pleasure and never a chore.

For the determined tourist, Canberra is not short of eye-catching venues to spend your days.

You cannot visit without feasting your eyes upon Lake Burley Griffin, the perfect place for a stroll, cycle, run or picnic.

Named after the city’s designer, the lake’s showpiece is the Captain Cook Memorial Jet, a 150m-high fountain that will be sure to stop you in your tracks and hold your attention.

Situated close by is the National Gallery (containing the country’s largest collection of art), National Library and National Museum, as well as the picturesque Commonwealth Park, resplendent with ponds, water features, trails, sculptures and works of art.

The Australian War Memorial pays tribute to the nation’s heroes, listing the names of every citizen who has died in war since 1885 and bringing home the sacrifices made, while the museum, archives and gallery bring the experience wholly to life.

For the politically-minded, the boomerang-shaped New Parliament House was opened by the Queen in 1988 and proves to be a focal point of the city.

The National Portrait Gallery of Australia is another must-see, along with Mount Ainslie Lookout, the 843m-high point where you can look down on Canberra and really understand the intricate design which won the Griffin’s their prize.

The National Botanic Gardens lay outside of the city centre but the journey is worthwhile to soak up the sights of the 50-hectare site.

The National Zoo and Aquarium offers fun for all the family, and a wonderful way to learn about the animals up close.

Canberra also boasts a thriving sports scene. The Canberra Stadium hosts rugby league and union and has also been a venue for the Olympic Games and Rugby World Cup.

If it’s shopping you want then chain stores and one-off boutiques are both on offer, ensuring you will be able to find whatever it is you are looking for. And with a thriving bar and restaurant scene, you will not struggle to find the perfect place to relax after a long day’s shopping, sightseeing or travelling.