Qatar 2022! Not excited that the Middle Eastern country is hosting the World Cup in eight years (scorching hot temperatures and humans rights violations bother you)? Well it’s about to get even more interesting: Rather than just build some new stadiums like most host countries, the filthy rich State of Qatar is spending $45 billion to build a whole new city from scratch. 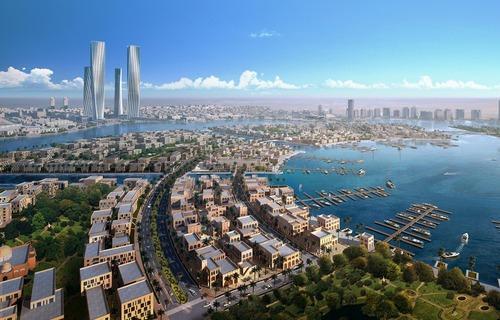 A bird’s eye view of what the city of Lusail in Qatar will look like. (Photo: Lusail.com)

Lusail will cover 28 square miles on the desert coast along the Persian Gulf approximately 9 miles from Doha, the country’s largest city. 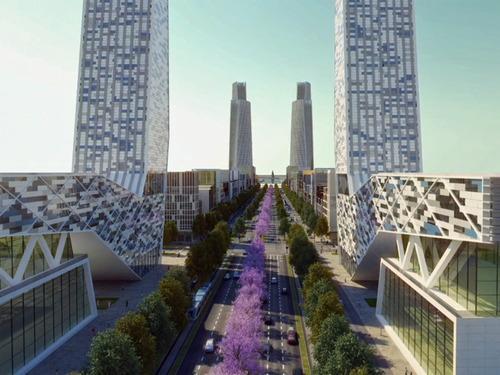 The whole city was planned like a five-star hotel. (Photo: Lusail.com) 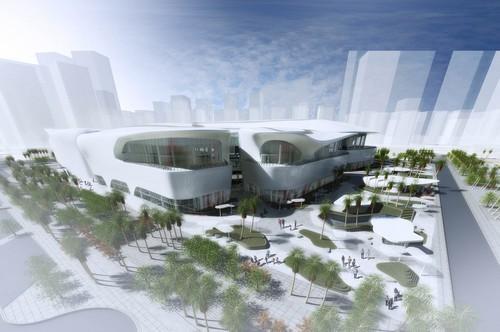 The vision for the marina mall. (Photo: Courtesy HOK)

And it will be a metropolis of the future: Plans include a commercial district, a lagoon, two marinas, a swanky shopping mall, luxury hotels, a hospital, a zoo, golf courses, and more. For getting around town there will be a light rail, underground pedestrian tunnels and water taxis. Everything from transportation to communication will be controlled by command center computers. And yes, people will actually live in Lusail – there will be housing for about 250,000 people.

Related: The Future of Airplanes Could Be a Windowless Jet 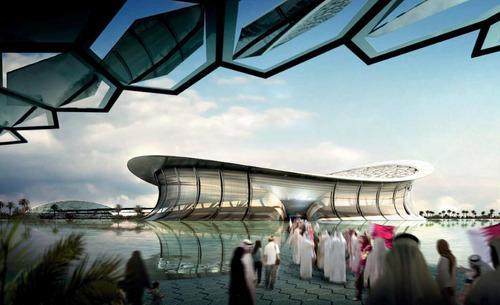 The environmentally friendly stadium will be surrounded by water. (Photos: Illustration by Qatar 2022 via Getty Images) 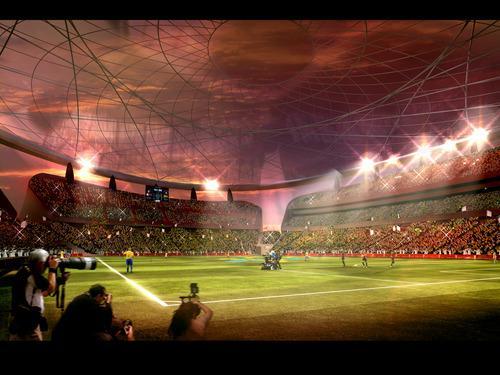 What the inside of the stadium will look like. (Photos: Illustration by Qatar 2022 via Getty Images)

Of course, there will be an environmentally friendly 86,000 seat stadium for the finals of the World Cup.

It certainly will be a shiny new toy of a city. But some are worried there will also be a price beyond the billions the government will spend building it. Qatar is notorious for thedeplorable treatment and exploitation of its approximately 1.4 million poor migrant workers. At least 1200 have alreadydied working on World Cup projects, and in March, a report from the International Trade Union Confederation estimated that 4000 migrant workers will perish working in Qatar before the World Cup begins