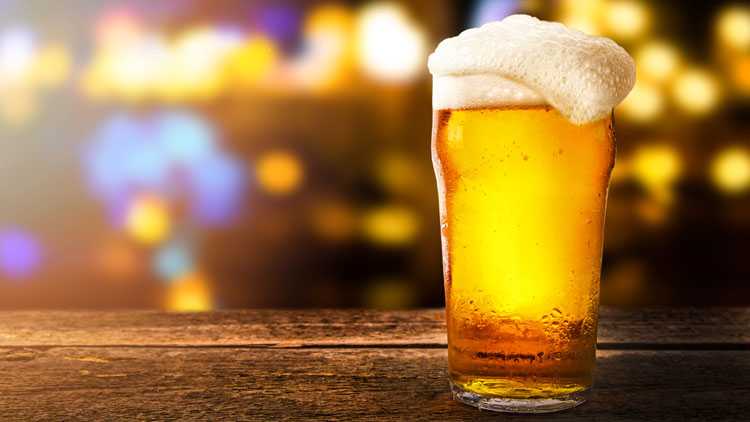 Get ready to raise your pint glasses, steins, and drinking horns, because August 7th is International Beer Day!

A day to celebrate all things bubbly and hoppy, and most importantly, drink beer! As if anyone needed a reason to crack open a couple of cold ones on a Friday afternoon.

For those looking to join the festivities, here’s the Craft Beer Lover’s guide to the world’s greatest Hoppy Holiday!

Step 1 — Stock the Fridge: (maybe we could stick one of our own full fridge pics in here? This one is cool: https://www.instagram.com/p/CA5f5zVF5zb/)

The first thing any good International Beer Day party needs is beer. Obviously. You wouldn’t celebrate World Beard Day (September 3rd) without a whisker trim, and you sure wouldn’t party on National Limerick Day (May 12th) without inviting someone from Nantucket.

So for International Beer Day, you’ll need enough brewskis to toast to some of the world’s most prodigious beer drinkers throughout history!

Like the Babylonian King Hammarabi, who decreed that each worker must receive a ration of 2 liters of beer per day! Granted, he wasn’t handing out jugs of the famous Pliny the Elder IPA, or even Heineken, but it still seems like a good deal!

The closest modern equivalent is the Czech Republic, where they slug down more beer per capita than any country on earth — an incredible 143 liters per year for every citizen!

That’s nothing compared to perhaps the greatest beer drinker of all time: Andre the Giant. The towering French wrestler reportedly once slurped down 156 tall boys in a night! That’s the equivalent of an entire keg, plus 32 cans for good measure. And sure, he wasn’t tipping back new-school booze-bombs like the 15% ABV offerings from high-alcohol specialists Mikkeller of Denmark or River North of the U.S., but still!

No one should attempt to emulate Andre’s feat — ever — but on International Beer Day, these historic deeds must be commemorated! So, you’ll need plenty of brews to keep you and yours properly quenched. Stocking up can be tricking in the time of quarantine, though. Many watering holes are still shut down, and the local mini mart just won’t cut it.

After all, this is INTERNATIONAL Beer Day! You’ll want a variety of styles so you can enjoy the whole spectrum of sudsy delights.

Either find a really good bottleshop, or if you’re in the U.S. use an online retailer like Tavour to stock your fridge with brews you wouldn’t normally find in your area. If you’re overwhelmed with all the choices, the uber beer-geeks at Tavour rounded up some of their favorite breweries for IPAs and Sour Ales on their blog.

Once your fridge is properly stocked, it’s time to celebrate. And what better way to kick things off than by challenging your guests to carry their spouses through an obstacle course?

That’s not a joke. The Wife Carrying Championship started in Finland, but has since spread all over the world with events in Australia, India, England, and the U.S. And, for most competitions, the victorious team gets the carried partner’s weight in beer! Depending on where you are, you could win Victoria Bitter, Kingfisher Lager, or Carling!

The American event is held in Maine, so hopefully the prize is something from the Wild Ale specialists at Allagash, who helped pioneer the style in the U.S. Or, maybe something from  Foundation, where they craft some of the best Hazy IPAs in the country!

Spouse hauling not your speed? How about a tasting competition? With the flood of incredibly fruity Sour Ales from breweries like Sweden’s Omnipollo, Ohio’s Urban Artifact, and Texas’ 903 Brewers, you can challenge your friends to a game of ‘Brewed or Blended.’ Just fill some glasses with fruity drinks fresh from the blender, and others with absurdly fruity beers. Can your friends tell the difference?

If you think it’s going to be easy, you’ve never had a beer from Drekker Brewing’s Brain Squeeze series. Next time you happen to be in North Dakota, drop by their incredible taproom for a sip!

If you’re looking for something a little tamer, pick up a copy of Brewopoly! It’s just like the Monopoly game that enraged you as a kid, but instead of Baltic Ave, you can buy up some of the country’s most celebrated craft breweries in America, like Great Lakes, Victory, and Deschutes.

Of course, you’ll want to thank all the hardworking folks in the brewing business today. The people who make the beer, who get it into the stores, who pour pints and wash kegs and design the can art. Without every single one of them, we wouldn’t have the beverage we love.

And, you don’t have to celebrate alone. Just like the holiday itself, you can transcend national borders with the hashtag #internationalbeerday. Find like-minded people all over the world ready to virtually clink glasses!

Fill your fridge with great beer (whether from your local bottleshop, Tavour, or a homebrewing buddy), raise your pints, and give a hearty Cheers, Kampai, or T’chen Chen! To beer, the world’s favorite alcoholic beverage!