5 THINGS JAPAN DOES BETTER THAN ANYONE ELSE.

1.  The elevator service is out of this world!

At Nihonbashi Branch of Takashima (a chain of Japanese Department stores founded in 1831), an elevator attendant in a tailored uniform welcomes you with a series of bows and greetings. When the elevator door opens, another attendant greets you with more bows and greetings. Basically anytime you’re entering or leaving an elevator, there is someone to greet you and bow to you out of respect in japan. 2.  They kneel before they speak .

In Ishikawa, a small Tokyo Restaurant with 3 Michelin stars, the waitress always kneels before speaking in a very tight fit kimono.  This means she needs to do a lightly choreographed corkscrew kneeling session. 3.  No matter how good the service is, you can’t tip in Japan.

If you try to tip a waiter by giving him cash, he will stare at you, totally confused.  It’s his job to give you the best service and it’s as simple as that.  No tipping required!!

4.  If it’s your birthday, you are the king.  They will reopen a bar for you so you can celebrate.

When Wallstreet Journal writer Oliver Strand arrived at the rooftop bar of the Park Hyatt, last call was finished and they closed the bar.  Since his Mom had a birthday cake earlier that day, the entire hotel was notified and when Oliver arrived, they re-opened the bar just so that he could celebrate his birthday!!

“When the staff reopened the bar for me, it was because they could tell it would make me happy to play out my Lost in Translation fantasy,” said Strand. 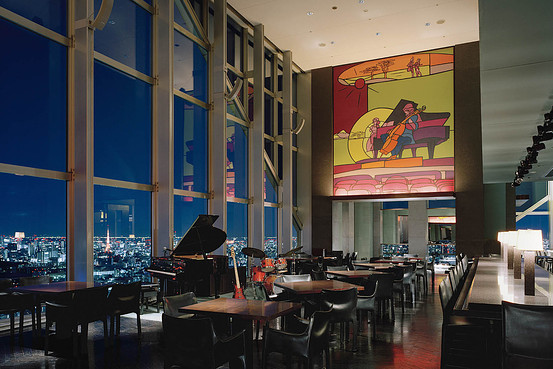 5.   McDonalds and Starbucks have the best service in Japan.

Everybody smiles, nobody gossips and people are actually happy just to work and make others happy.