As one of the world’s most storied Grande Champagne Cognac, LOUIS XIII has been present at every milestone in the history of luxury travel, ranging from the legendary bar-car of the Orient-Express, to the sleek cabin of the Concorde. To pay tribute to this heritage of adventure and discovery, the house is proud to unveil L’ODYSSÉE D’UN ROI ((JOURNEY OF A KING). To create something so monumental, the company chose three French luxury houses that share the passion for rare craftsmanship and unbroken tradition: Hermès, Puiforcat, and Saint-Louis, to create four one of a kind masterpieces.

“L’ODYSSÉE D’UN ROI is truly the result of a work of art and genius, a veritable tribute to craftsmanship and time. Much like the time, finesse and care it takes to create LOUIS XIII Cognac, so it is with the process of preserving classic cinema,” said Ludovic du Plessis, LOUIS XIII Global Executive Director.  “We, therefore, decided that the proceeds of our project will be donated to The Film Foundation, a group dedicated to the preservation and the exhibition of restored and classic cinema, a cultural legacy that one generation leaves to another.”

More than 50 individual artisans devoted over 1,000 hours to produce these three bespoke creations (the fourth will stay within the Louis XIII family). Each is unique, its design and contents inspired by the continent for which it is destined. These include:

• A bespoke trunk hand-stitched by Hermès using the nest leathers and evoking a bygone era of luxury travel.

• A white gold pipette forged by the Art Deco silversmith Puiforcat for the ritual of service.

• A sublime crystal decanter and four elegant serving glasses — mouth-blown, cut and wheel-engraved by hand at the royal cristallerie SAINT-LOUIS. Each decanter is etched with a 19th-century map of the continent where it is bound.

• A blend of LOUIS XIII Cognac enriched with a selection of the house’s oldest treasures from Grande Champagne, that each cellar master passes on to each other, from generation to generation. 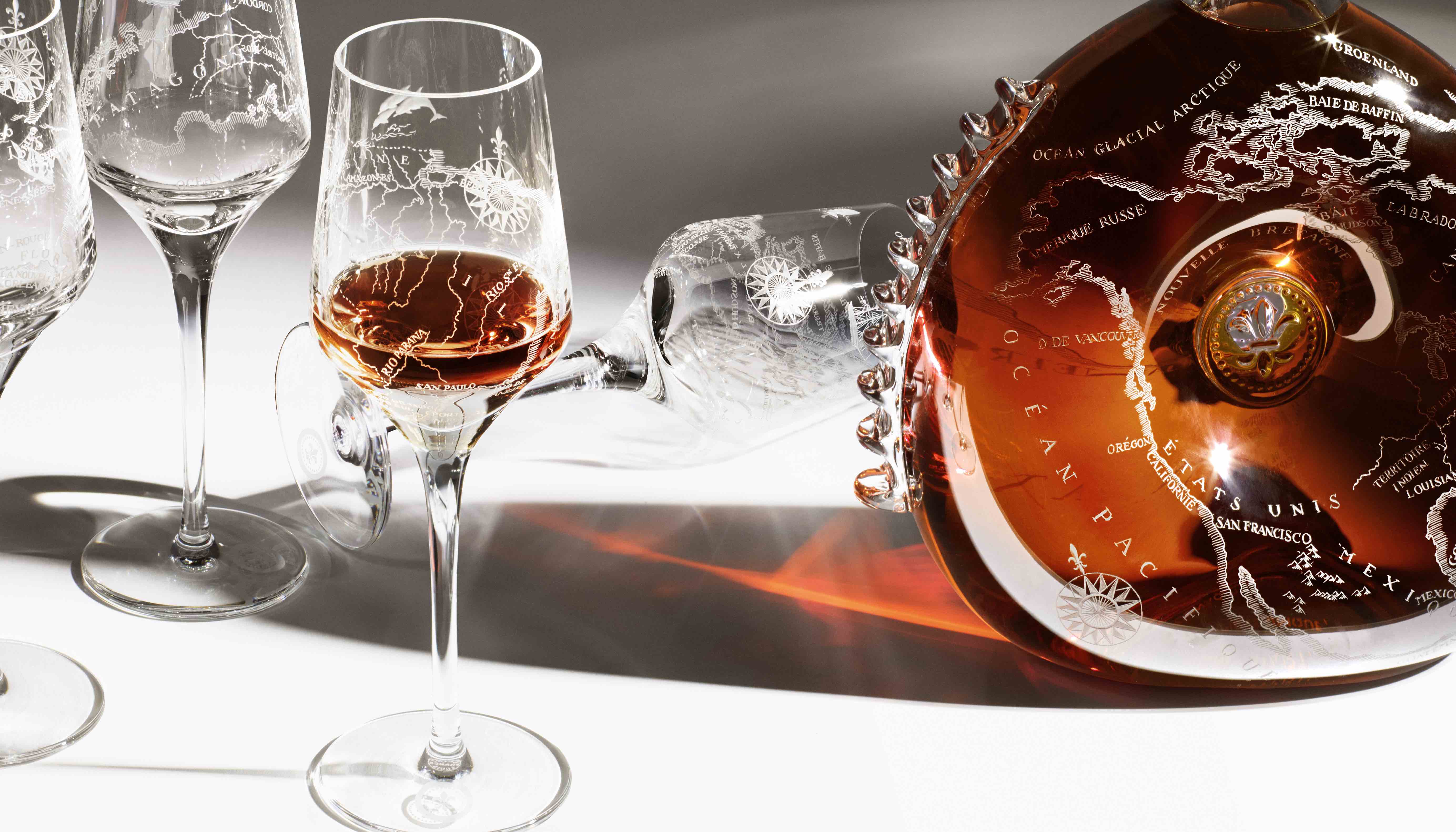