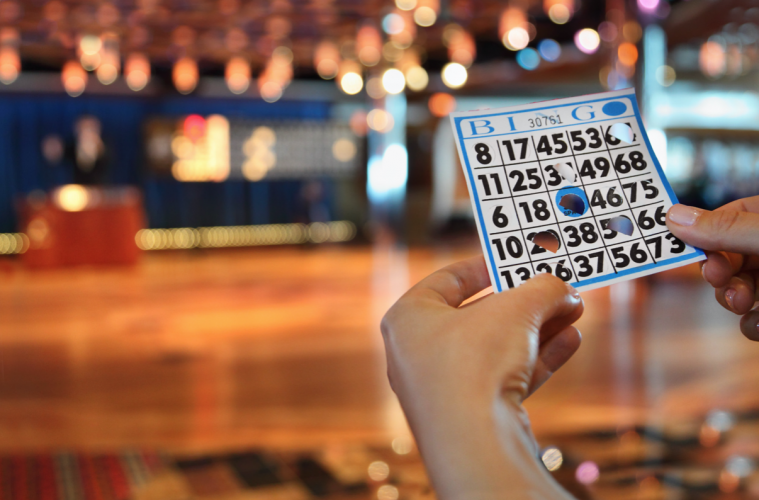 And Bingo Was His Name-O! The Fun History of Bingo.

There’s nothing like the adrenaline rush of yelling, “Bingo!” when you win big. But how did one of the nation’s most beloved games get its start?

Scholars trace the beginning of Bingo to various periods in time. Some experts believe the foundations of Bingo arose during the 16th-century. Others believe it started in the 1920s with a game called Beano.

Let’s take a closer look at the game’s timeline to learn more about the history of Bingo.

Bingo’s early roots can be found in the traditional Italian game, Lo Giuoco del Lotto D’Italia. This game was also known as the Italian Lottery and is still played today in its home country.

This early lotto game was typically played on Saturday nights.

Like Bingo, players were given cards with random squares. Each square had an assigned number. One by one, the game host would draw numbers from a bag.

This early version of Bingo operated more like a regular lottery game. And the playing cards weren’t organized in the same way as Bingo cards.

The Bingo you know and love today didn’t hit the mainstream until the 19th-Century.

The original Lo Giuoco del Lotto D’Italia game found its way to France, where it took on the name, Le Lotto.

This new game featured multiple rows of numbered squares, and players were required to fill at least one row to win. Each card featured a grid with 27 unique numbered squares. Numbers ranged between 1 and 90.

Le Lotto was primarily enjoyed by the wealthy french elite.

History of Bingo in the U.S.

Bingo made its big splash in the United States, but the popular game came with a different name.

“Beano” made its official U.S. debut in 1929 at a carnival in Georgia. A Toy professional from New York, Edwin S. Lowe, was inspired to create his own version after hearing someone mistakenly yell “Bingo” instead of “Beano.”

Lowe wanted more winning number combinations for his game, so he hired a Math professor from Columbia University to help him design the first Bingo cards. Together, they developed more than 6,000 unique playing cards!

Bingo started to spread around the country in the early 1930s, but it didn’t catch fire until churches embraced the game.

A priest from Pennsylvania used Bingo as a way to fundraise for the Church. Just a few years later, tens of thousands of Bingo games were being played around the country.

Even states that banned Bingo for Gambling would allow it for nonprofit fundraising purposes.

Bingo in the Digital Age

The internet and smartphone apps have exposed Bingo to a new generation of players. Free Bingo and apps have also made it easier for seasoned players to enjoy the game like never before.

Bingo is a timeless game that isn’t going out of style. Continue the tradition by downloading a Bingo app or joining a Bingo game near you!

The history of Bingo plays a significant role in the evolution of gaming. Level up with the latest tips, trends, and fun facts about your favorite games.