The city of La Jolla is one of California’s best kept secrets. This little gem of a province is filled with posh experiences, incredible natural surroundings and a rich history.  The whole city gives off this tranquil vibe, which Georges at the Cove manages to match perfectly with their restaurant. The Destination Luxury team visited the restaurant recently, and experienced a 12 course meal with 12 wine pairings! 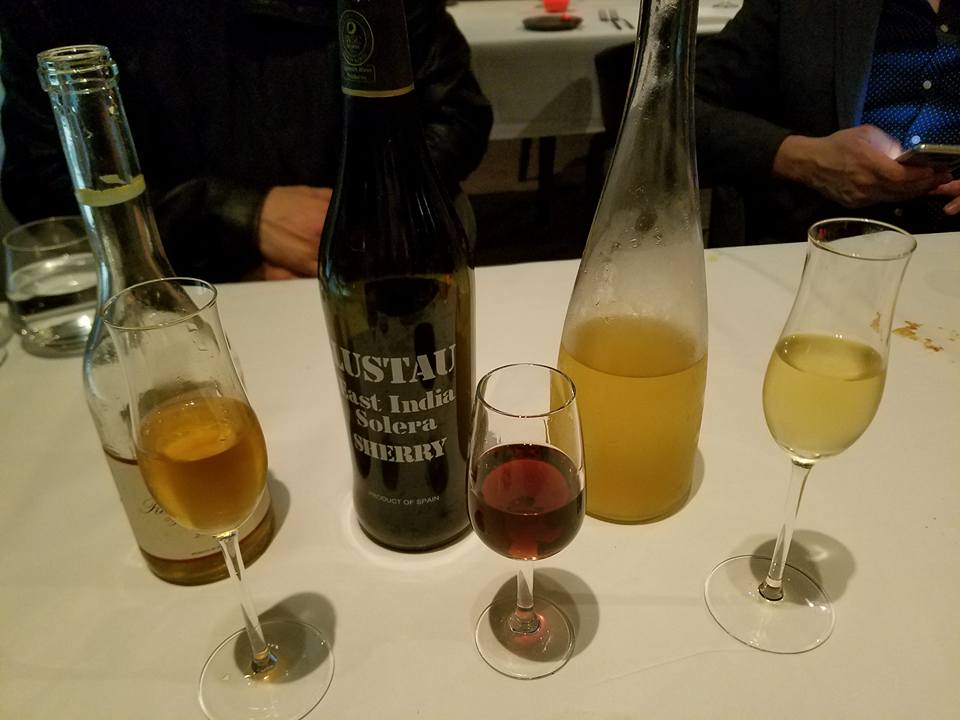 Each course was paired with a special wine.

Executive Chef Trey Foshee has quite the resume. Born in Hawaii and raised in Ojai, California, Chef Foshee has always drawn inspiration from the ocean. His restaurant career began as a busboy earning tips to support his surfing habit. His approach has earned him continued acclaim, from one of “America’s Ten Best New Chefs” by Food & Wine, to “Chef of the Year” by the California Travel Industry Association and the San Diego Chefs Hall of Fame. He serves on the Culinary Council for ment’or BKB alongside many other prestigious national chefs. 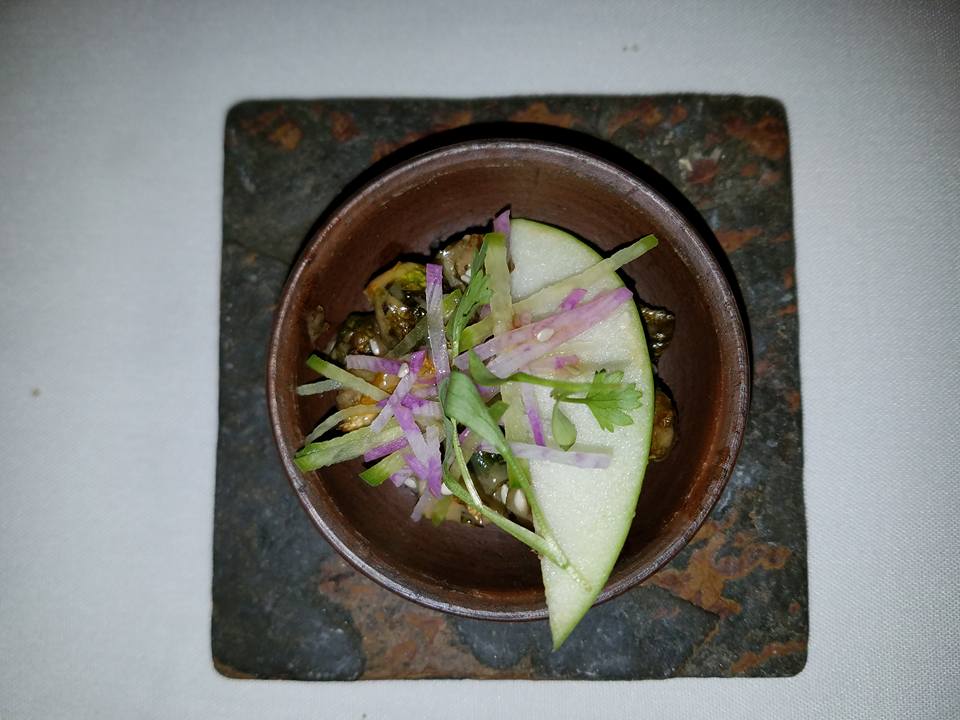 A taste of things to come.

Before any of the plates came out we had a small dish presented. The combination of the lemon juice, cilantro, miso vinaigrette, local apple and radish made these Brussels sprouts alive. The tiny splash of salt made the perfect combinations of flavors pop in our mouths. Course one arrives: “Fish Tacos” with yellow fin tuna, California avocado, and corn nuts is the first to hit the table followed by the beef tartare, with levain crisp, mustard-fennel kraut, horseradish, egg yolk, pickled shallot. 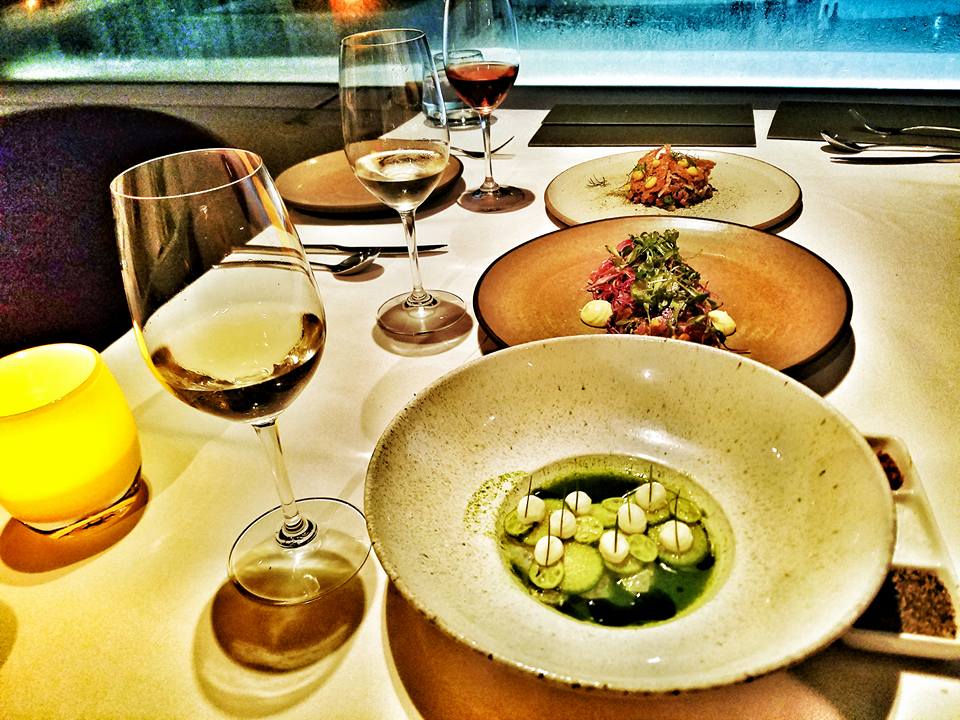 We experienced snapper crudo, coconut tiger milk, pear, cucumber, radish, lemon verbena, jalapeno, and wheat grass. This is the first time we experienced wheatgrass in a gourmet meal. It was refreshing to have such a healthy element. 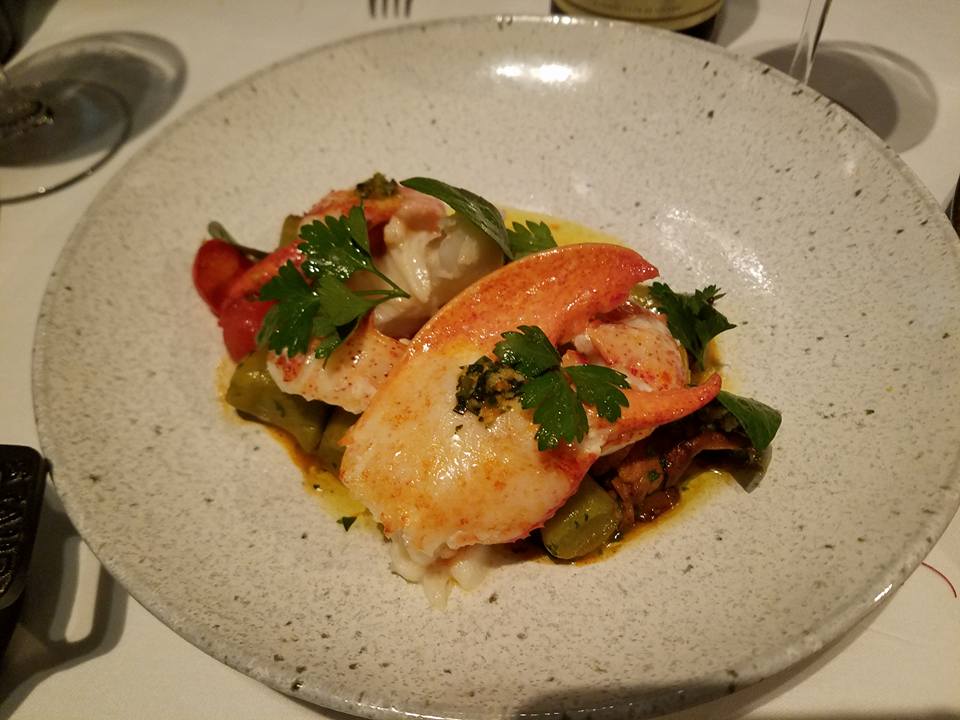 The staff was extremely educated on the dishes and tentative to our experience. Course two was the Chino Farms corn, along with the sweet potato, and grilled octopus. 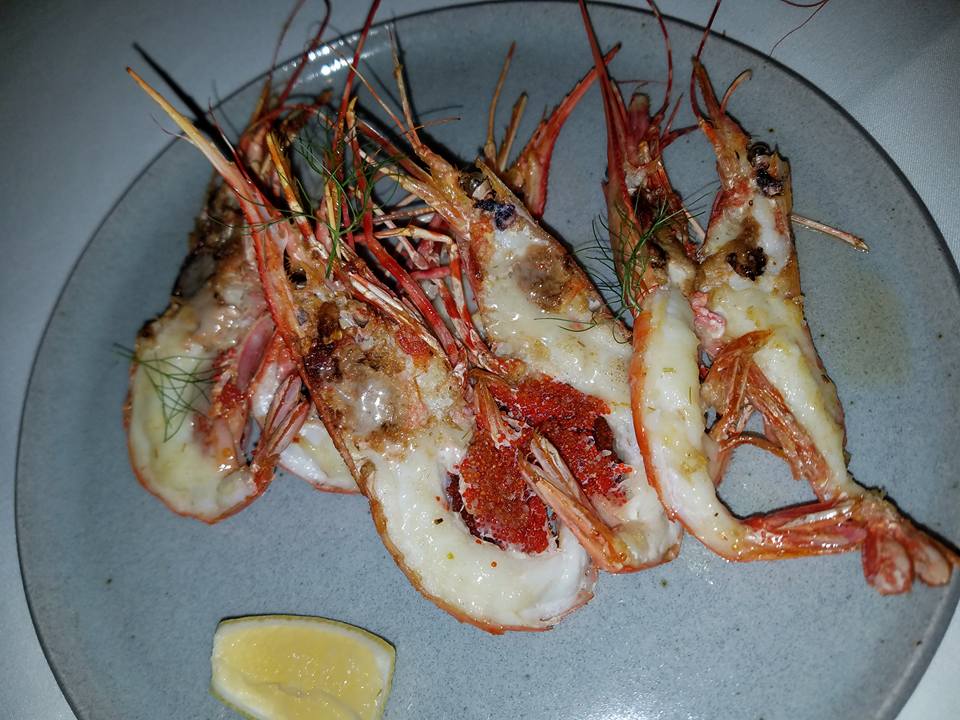 As they cleared our table the Chef honored us with a round of split prawns for the table. We’ve had prawns before but nothing ever like this. Just the prawns alone are worth popping into Georges for a quick bite. Now comes the third course: 28 day dry aged New York steak along with the Main Lobster, and local white Sea Bass. We all knew we wouldn’t be able to finish it so we took a bite of each. The dishes and experience that night progressively got better. At this point it’s almost closing time and we were the last people in the restaurant. 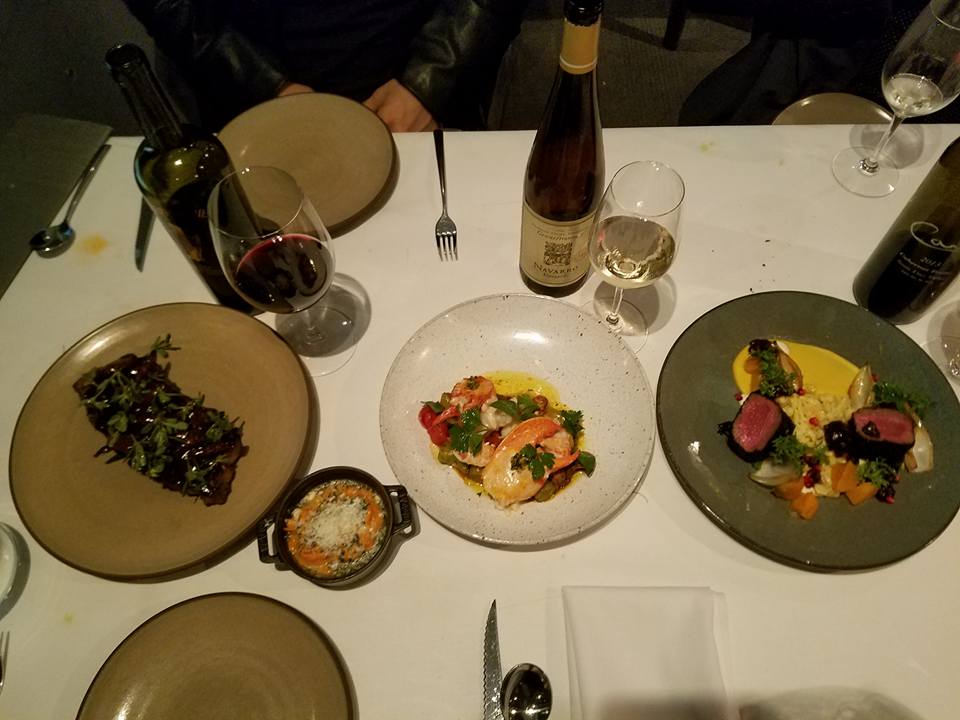 The mood was enchanting with a calming ambiance and whirling tastebuds. The whipped coconut, sorbets, and warm chocolate tart were the perfect way to wrap up this night. Georges is a secret spot that you can take any executive, celebrity, or regular foodie and they will leave impressed.