Three Most Expensive Pearl Jewelry Pieces Ever Sold at Auction.

They glow and shimmer in any light, they look exquisite paired with any type of attire and they instantly add refined glam to any look. We’re talking about real pearls, one of nature’s finest, purest little treasures. But how much is their rarity and beauty really worth? These next seven pearls and jewelry pieces come not only with unmatched levels of luster, but also with exorbitant price tags – from the celebrity to the royalty favorites, here are the most expensive pearly creations ever sold at auction. 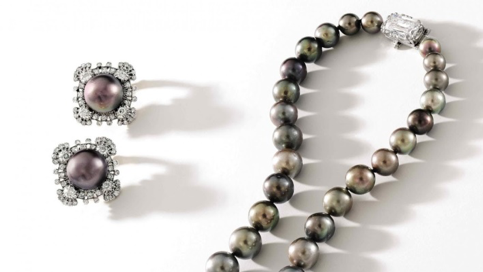 It might come as a surprise to most that one of the most expensive pearl jewelry pieces ever is a single strand pearl necklace – but the peacock-hued Cowdray pearls are some of the most exquisite, luxurious gems of the sea in the world. Sold for no less than $3.35 million USD, the necklace features iridescent pearls displayed in a graduated design, with gems that range in color from copper to forest green.

Some pearls come with exorbitant price tags not because of their perfectly round shapes or irresistible luster, but because of their unusually large size – and that is definitely the case for this unique gem on our list. Known as the world’s largest pearl, the Lao Tzu, also called ‘The Pearl of Allah’, weighs an impressive 14 pounds. Its value: a whopping $3.5 million dollars. 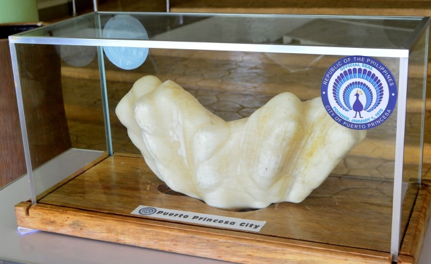 Enriched with an exquisite diamond-adorned clasp designed by Cartier, this famous double strand necklace was sold at auction for no less than $3.7 million USD. But its gorgeous clasp is not the only unique attribute of this masterpiece of a necklace, as this ultra-expensive piece comes with gems in rare undertones, including pale green and soft pink pearls. 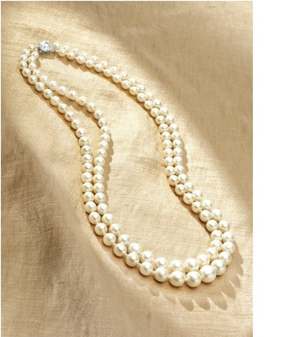 As a jewelry enthusiast, Wallis Simpson, aka Duchess of Windsor, had in her possession various notable pieces – but her favorite was no other than a single strand of pearls with a brilliant clasp. The ivory-hued piece was sold at a Sotheby auction for the price of $4.8 million USD. 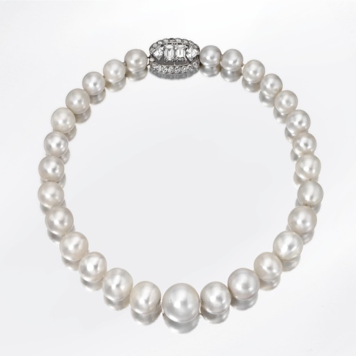 Some of the most fabulous pearl jewelry pieces come from the personal collections of princesses and queens – and the two strand Baroda pearl necklace is no exception. As one of the most prized possessions of Maharani Sita Devi Sahib of Baroda, the piece, which initially featured seven strands of pearls, was sold for the whopping sum of $7.1 million USD back in 2007. The necklace features sixty-eight graduated pearls which range in size from 9.5 to 16 mm, mounted in platinum, with a matching ring that showcases an exquisite button pearl. 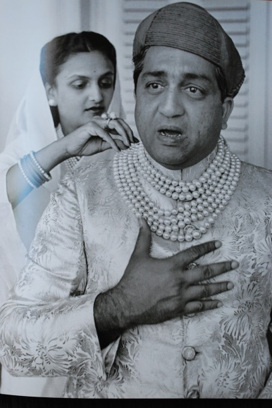 The second most expensive pearl jewelry ever sold at auction represents the epitome of sumptuousness: the seven strand pearl necklace, which also carries the name of Christie Geneva’s pearls. Its price tag: a head-turning $9.1 million USD at its auction in 2013 at Christie’s. The luxurious piece features no less than 600 exquisite natural pearls that range in color from ivory to pale gold. 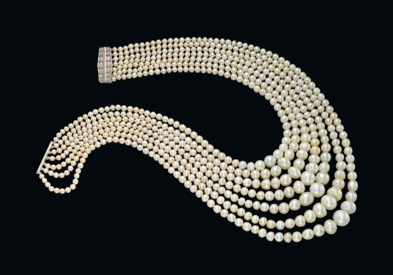 When it comes to famous pearls, this exquisite piece definitely takes the cake: the stunning La Peregrina pearl, which was once in the possession of actress Elizabeth Taylor. The necklace featured an impressively large pearl, next to rubies, diamonds and a wide range of smaller pearls. The top spot pearl creation on our list was sold at auction in 2011 for the extravagant price of $11 million USD. 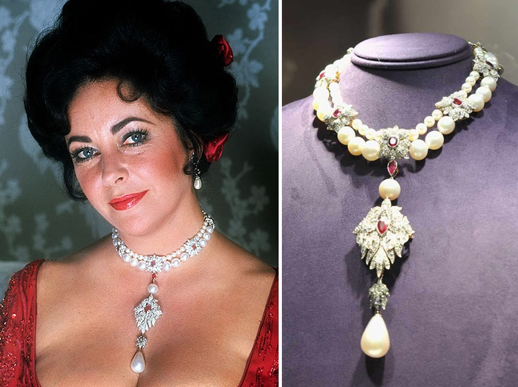