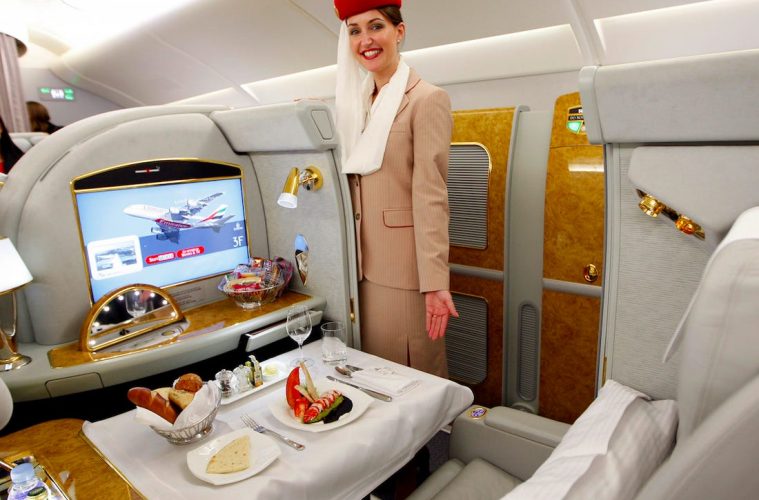 Flying first class for the first time: all you should know.

If you’ve never flown first-class, you may be wondering what it’s really like. Is it really so much better than business class? And does it really have to be so expensive? In this article, we’re going to share some things you can expect on a first-class flight, though of course, you should be sure to consult with the airline you’re flying with for a more specific list of first-class amenities.

Alcohol is usually free (and bathrooms are bigger)

It sounds amazing, and it is. On a good majority of airlines, first-class passengers drink entirely for free. It depends on the airline the extent of this generosity. Of course, even if the drinks are free, you probably want to set a limit at 37,000 feet in the air. There aren’t many airlines that offer personal bathrooms, even in first class.

Though on that note, first-class does get its own bathroom, which is typically larger than economy class, and some airlines like Emirates have onboard showers.

It’s not that expensive if you know where to look

While typical travel booking websites may only show you current fares, an experienced travel agent is able to find much better discounts for you. In fact, a study from ASTA (American Society of Travel Advisors) showed that consumers save an average of $452 per trip when using a travel agent.

So yes, a travel agency is able to offer the cheapest first-class flights, typically because the airlines offer travel agencies much better discounts for booking so many flights through them. It’s kind of like wholesale flight seats.

When you fly first class, pretty much everything is expedited just for you – well, you and the other first-class passengers. But still, you’re given priority checking, first boarding privileges, and you’ll also be the first let off the plane, which means getting your luggage faster at baggage claim.

It can be a business networking opportunity

Hollywood films with people meeting on planes are fairly common (although only Fight Club immediately comes to mind), but it’s a common occurrence in real life, at least in first class. This is because most of the people flying First Class are successful business owners or Fortune 500 employees. You’ll be sitting alongside these successful people, giving you ample opportunity to exchange contact details and chat business strategies for that online business you’ve been thinking of launching.