WordPress database error: [The MySQL server is running with the --read-only option so it cannot execute this statement]
UPDATE `wp_mryzwsj3d8_options` SET `option_value` = '1' WHERE `option_name` = 'rs_tables_created'

WordPress database error: [The MySQL server is running with the --read-only option so it cannot execute this statement]
DELETE FROM wp_mryzwsj3d8_wpie_template WHERE opration = 'import-draft' AND last_update_date < '2022-07-01 22:27:23'

WordPress database error: [The MySQL server is running with the --read-only option so it cannot execute this statement]
UPDATE wp_mryzwsj3d8_wpie_template SET `process_lock` = 0 WHERE `process_lock` = 1 and `opration` in ('export','schedule_export')

WordPress database error: [The MySQL server is running with the --read-only option so it cannot execute this statement]
UPDATE wp_mryzwsj3d8_wpie_template SET `process_lock` = 0 WHERE `process_lock` = 1 and `opration` in ('import','schedule_import')

Marco Roca holds a B.S. in Industrial Psychology from University of The Americas in Mexico and a Master’s of Science in Management & Organizational Development from the United States International University in Mexico City.

Marco Roca provided the Destination Luxury during the American Lodging Investment Summit team with a bit of insight on his role for the company, trends that may be affecting his decisions and why Hard Rock is uniquely separated from other hotels and offerings.

Destination Luxury: Can you tell us more about your role and what your day to day is like?

Marco Roca: I am Chief Development Officer, and my job is to really grow hotels, and casinos around the world, with a big emphasis on hotels in the United States and the Americas. We’re also growing aggressively in other parts of the world with very aggressive growth in Europe. Just last year, we announced the Cumberland Hotel, which is nine-hundred rooms. Just before the largest hotel in London, that will be right in Hyde Park, the marble arches walking distance from Earth Café. That was a huge announcement for us last year. 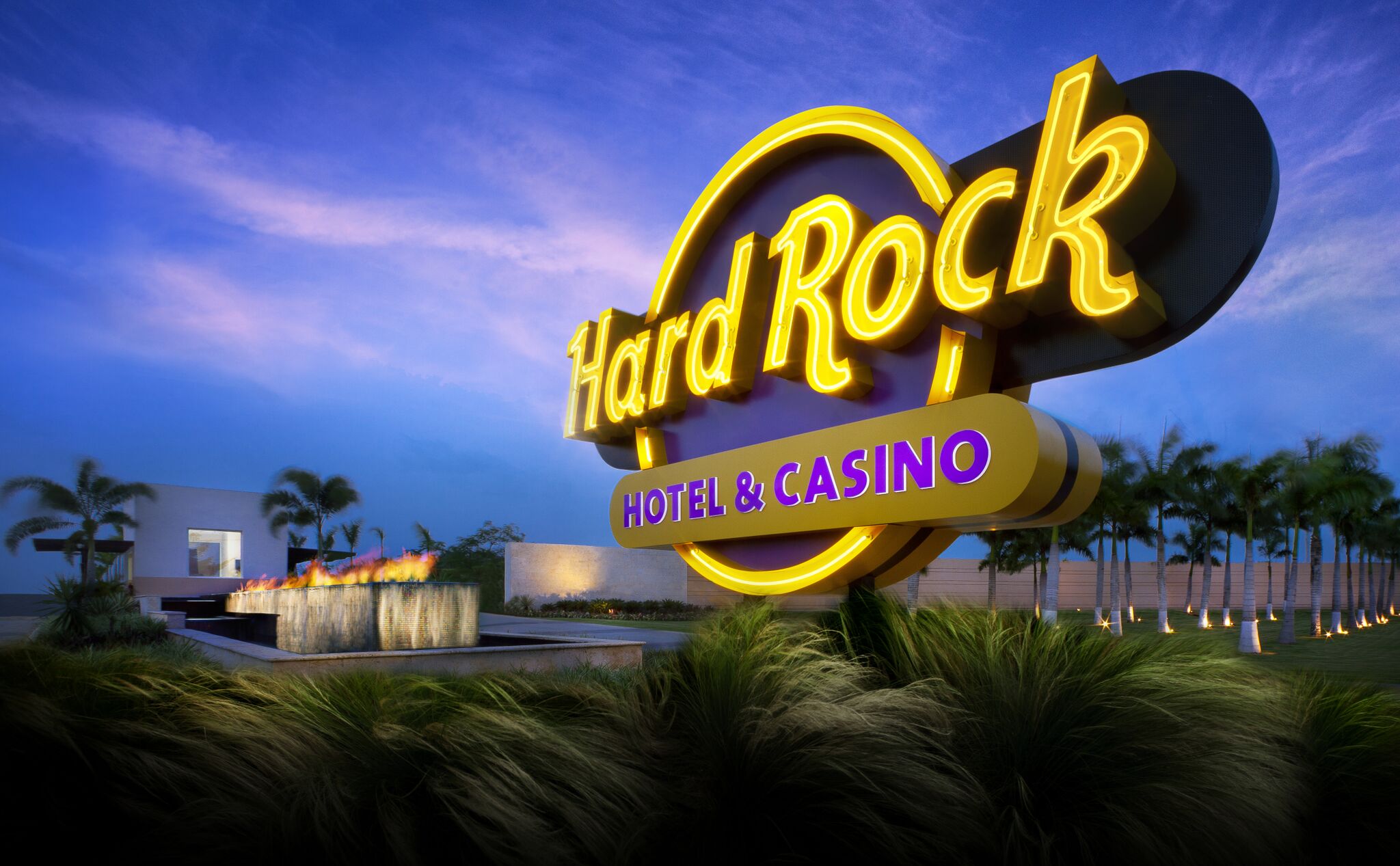 It’s rare for a brand to gain critical mass worldwide and still maintain its authentic spirit. Hard Rock has covered the globe with hotels that promise so much more than a place to stay. Rock ‘n’ roll and a luxurious setting is what defines the blended cultures of guests from all walks of life. Hard Rock brings an energy uniquely branded that cannot be replicated. Photo courtesy of Hard Rock.

Just last year, we announced eight-hundred rooms in Jamaica! That’s going to be an all-inclusive resort. One of these all-inclusive experiences… think of a cruise ship on land where multiple restaurants are at one price. This has been a very successful niche for us. We are going to continue to grow. We did Papagayo last year, in the Guanacaste Peninsula of Costa Rica. That’s another great leisure destination that we did with Sunwing, which is the second-largest tour operator in the world. It’s just great partners with a tremendous brand. We’re on fire; we’re averaging one deal a month. 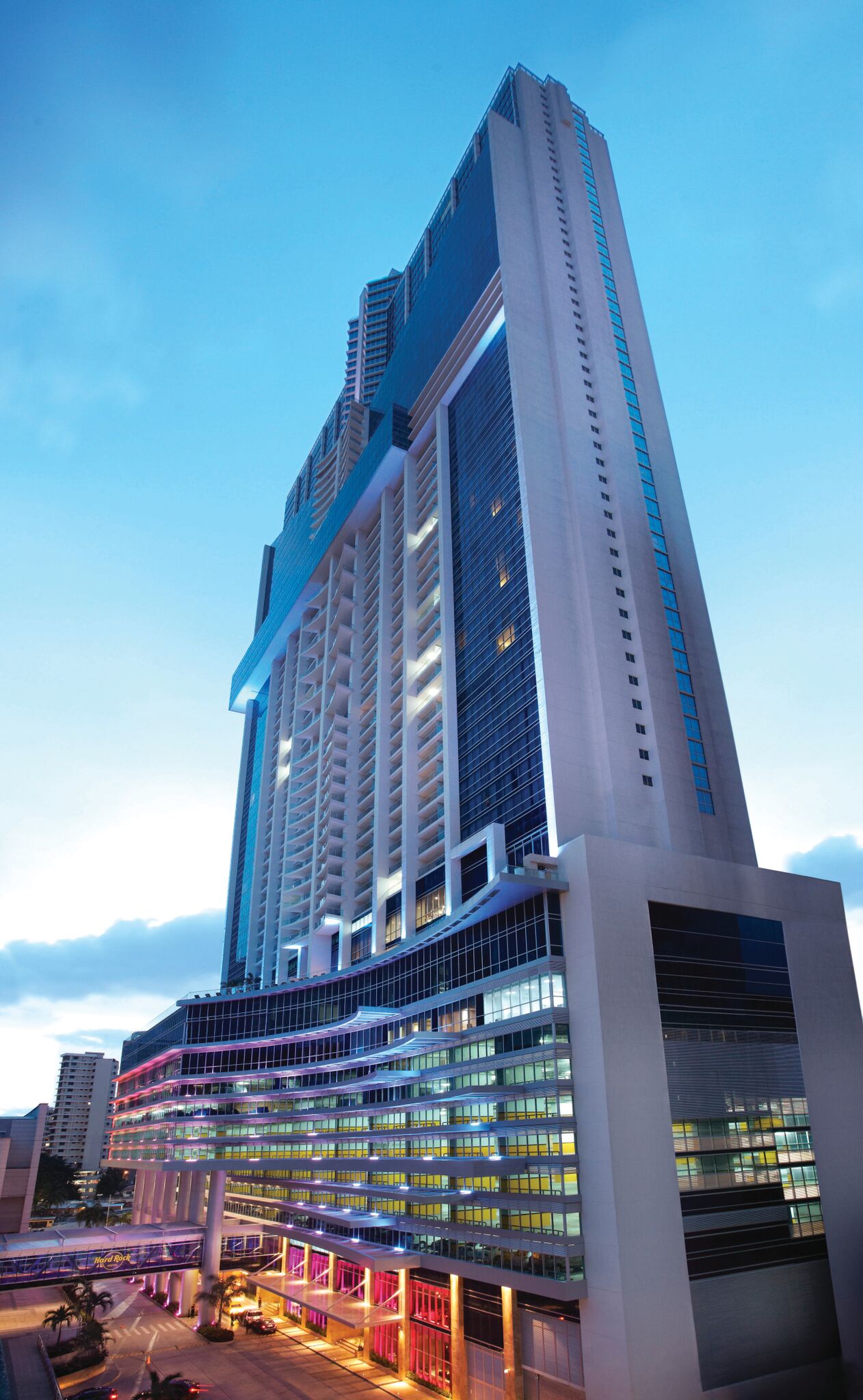 Hard Rock’s awe-inspiring, 66-story tower is located right in the heart of Panama City, Panama, just 20 minutes away from Tocumen International Airport and 15 minutes from Panama Canal. The destination offers everything needed to enjoy a night’s stay. Photo courtesy of Hard Rock.

Destination Luxury: What trends do you see taking place in the hospitality industry? Technology has played such a vital role in everything. What is Hard Rock doing to accommodate the future?

What do they want? They want to share spaces. Twenty years from now, I don’t even know if home ownership is still going to be a thing. People stay three months in one place. They’re all mobile, they’re all sharing. They leave that place and move to the next place. Think about car ownership. Pretty soon, these things are driving themselves. Do you really want to own one? What’s the great thrill of owning a Ferrari, when you can just get in the car and have a nice little libation, listen to some music and it takes you where you’re going? You don’t have to own it, by the way, because Uber owns the whole car. All of these things are changing very rapidly. When you’re in the middle of it, you don’t see it as much. What we’re doing to accommodate [the changes], is creating a new brand, that will be launching in and announced at the NYU ALIS show. The name of it I can tell you, is Reverb, by Hard Rock. Reverb is millennial in mindset. It will be going after that group, that mindset, much like mine. Where you expect certain things. I will give you an example, I got in very late, the night before last. All these weather patterns just messed up my flight. I got here at 3:15 in the morning. I was really tired and the next morning, I had a panel with all the leaders at the hospitality industry. I was looking for plugs for my phone and my tablet. All these things I need to plug in. I couldn’t find the plug. I had to move this very heavy piece of furniture, which I didn’t feel like moving, I have a bad back and get in behind the lamp, and bend over to get these things plugged in.

Why? It’s so easy, at a hotel of this caliber, to provide me with plugs. How is that even possible that you don’t have tons of plugs everywhere for all the stuff we all have. This is unforgivable. That is forgetting who the guest is. Our guest today, you, me, everybody, has one of these gadgets, and more. They all need charges. My watch needs to charge up so much. Everything needs a charge. I carry this one little plug-in box that has four little outlets coming out, like an octopus, I can plug in but I couldn’t even get to that. That is forgetting who your client is

People want to be okay to take a picture of themselves and post it instantly on Facebook to show their buddies, “Aye, look where I’m at. Love yah. Take these pictures.” The love of your life can be the next day away. That is what we’re focusing on. And that’s what this new brand is going to be about. It’s going to offer you a three-star product. Why would you want to go, and I am not going to pick on the big guys that have all these other brands that have very good solid operations. Why do you go to the Marriott in Eldon? You’re always going there because you are going to get the same thing. It’s always going to be really consistent, it is going to be clean, it’s going to be safe. It’s going to give you the basic essentials, but it’s boring. Who goes home and says, “Oh wow, I stayed at a Courtyard!” What’s exciting about a Courtyard? We are going to provide something in that need. And they will be excited. You are going to come home and say, “Oh my god I stayed at the Reverb, it was unbelievable.” People will say, “Reverb?” “Yes, it’s one of Hard Rock’s sub-brands. And it was exciting. There was a barista by day and there was a lounge by night. But the lounge, it brought in all the locals and people were standing by the door.” The only reason why I was able to get in was because I had a key. It’s exciting, it’s shareable and affordable.

When you get to the room, we got plugs everywhere. Everything you got here, you can put up on a fifty-inch screen TV or more. You will have a massive TV, a great bed, tremendous linens and connectivity to everything. It will have a studio in the downstairs area and a shared workspace. It’s going to cost you a hundred-twenty, hundred-fifty a night. That’s where I’d stay because I have a millennial mindset. This will only be a grab-and-go. Then you have a big Hard Rock, the “Big Daddy.” That’s kind of the direction of where we’re going.

Destination Luxury: What is your favorite thing about working with Hard Rock?

Marco Roca: It’s a long list. But I would say it is the people. I get to share with the best of the best. With people that are just genuine, we don’t have the corporate nonsense that I have dealt with at other organizations. There aren’t hierarchical structures and all the red tape you need to go through. We get to decisions very quickly. I report to the Chairman of the company, we get it done. We wake up every morning, go to work, and work harder than anyone else in the business.

Destination Luxury: How does Hard Rock compare to a lot of the other brands?

Marco Roca: Another buzzword that was around for some time and I think you have heard of it before is lifestyle. Everybody went out and tried to create these lifestyle brands. You’ve got the Kimptons of the world, the Ws of the world, you’ve got all these brands that tried very hard and continue to try and be a lifestyle brand. We never went out to try to do anything. We went out, tried to create a hotel. We put a bunch of memorabilia in it. People came to see the memorabilia. That’s what switched the lights on when you walk into a Hard Rock. That’s what makes it so different from anything else. You are in a music museum, with rooms. We never went out to try and be a lifestyle brand. We went out to be authentic and genuine, and share our music with the world. So, that sets us apart. We never contrived, we never went out and tried hard to become something. We just were the first. After that, Hollywood tried. They haven’t done so hot. Margaritaville is out there. There are others that have tried to emulate this music, this lifestyle. It all lacks authenticity. It was never born out of, “I am going to share my music with the world.” That is what sets us apart.