A HAWAIIAN SUBMARINES ADVENTURE THAT TAKES YOU 125 FEET UNDER THE SEA.

For those of us Little Mermaid fans, we have all had our fantasy moments of partying beneath the sea. Rest assured, the next time you visit the tropical island of Maui, you can have an experience at the very bottom of the Pacific Ocean, 125 feet down under, and you don’t even need to get wet. A special project for tourists created by Atlantis submarines started in 1985. Currently, they have 9 locations and 10 submarines operating.

Tours are on the hour, and start at 9 am with the last leaving at 2 pm. We arrived at the Lahaina Harbor for the first tour of the day at 9 am. Our pictures were taken by the photographer and then we boarded a single story boat which took us to the middle of the deep blue sea. As we arrived at our final destination, a white submarine was sitting there, ready for us to board. It was attached to a small vintage ship.

Surprisingly, the submarine was spacious, with two rows of 24, guests could see a plethora of fish, reefs and even sharks. Featured on National Geographic Channel, we took a journey to the floor of the ocean and explored different reefs. 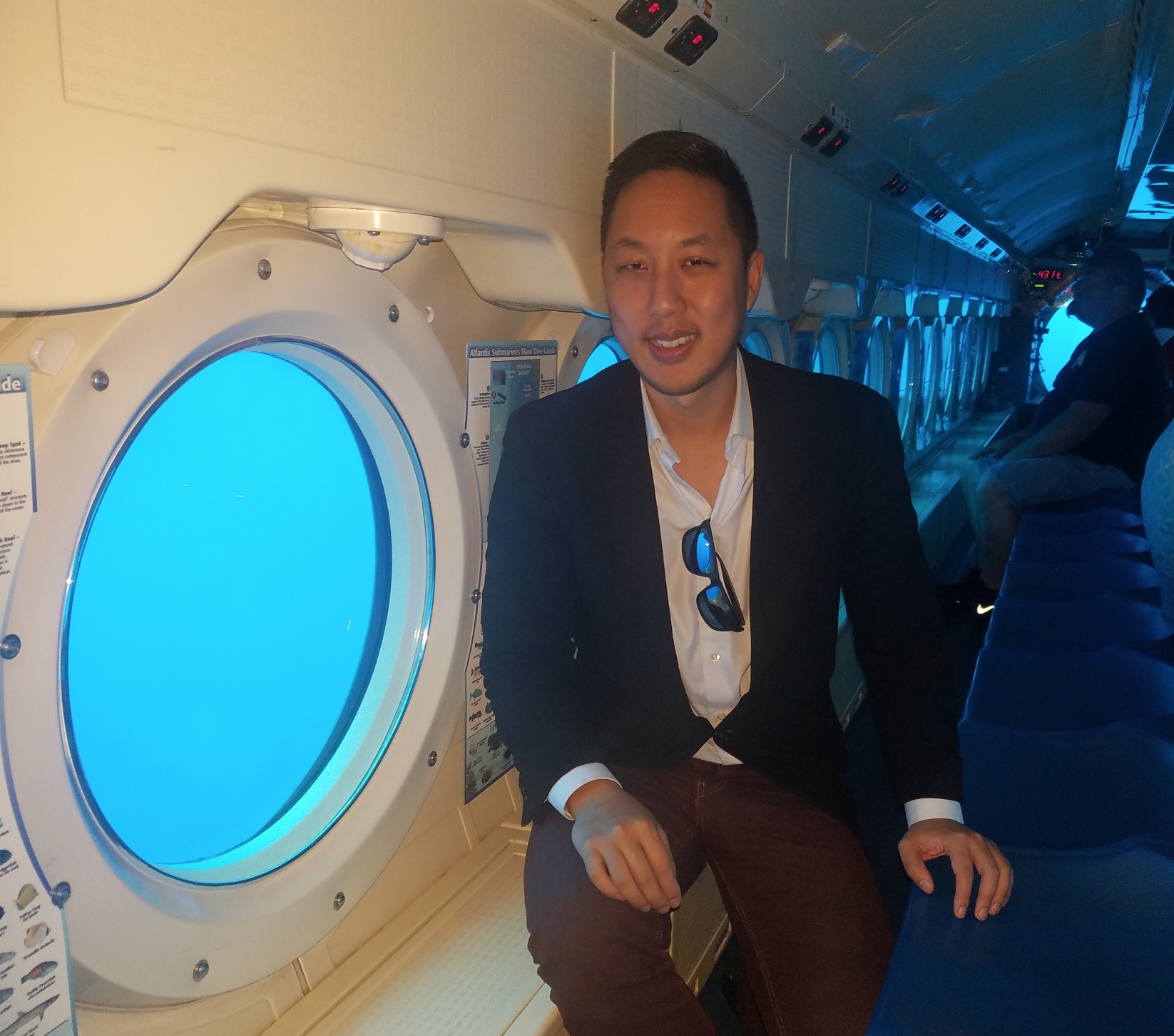 The TS-4 is comfortable and spacious.

We first explored the “Twin Peaks,” consisting of two main patch reef formations. This site also encompasses the Carthaginian and a small patch reef called “Keiki Reef” (Keiki in Hawaiian means child). These patch reef formations are made up of mostly a coral called “Porities” – commonly called “plate coral” due to the fact that it grows in a plate-like fashion.

The captain of the submarine.

The highlight of the undersea voyage was to see the man made shipwreck called the Carthaginian. The Carthaginian started her life as the “Mary.” She was built in 1920 in Germany, at a shipyard called Krupp Shipworks and was originally built as a two masted schooner. Later, she was converted to diesel power and spent decades in the Baltic Sea serving small ports of call as a mixed cargo freighter. In 1972 the Lahaina Restoration Foundation, purchased the vessel, sent a crew over from Lahaina, Maui and sailed under her own power from Denmark back to Lahaina.

The vessel remained to the Carthaginian II, was then converted into a replica trading ship which would have piled the waters of Hawaii in the latter part of the 19th century. She served 25 years as floating museum in Lahaina harbor. Unfortunately, time and marine environment took its toll on her, and she was no longer suitable to take museum guests aboard. Atlantis Submarines was approached by the Lahaina Restoration board to see if we would be interested in sinking her as an artificial reef. Atlantis accepted the offer, and now the Carthaginian II is in her permanent Lahaina home 100 feet below the sea.

The marine life view from the submarine was the beautiful reef species of fish found in Hawaiian waters. The most spectacular fish that we saw were the Taapee (Blue Stripe snapper), the yellow fish with blue stripes found in larger schools. Interesting, these fish are not endemic to Hawaii but were brought into Hawaiian water by the government in the early 1950’s. Another interesting fact is that 30% of the fish you will see in Hawaii are endemic to Hawaii (found nowhere else on the planet). Some of the larger predatory fish commonly seen are bluefin trevally, white tip reef shark, giant white trevally, and moray eels. 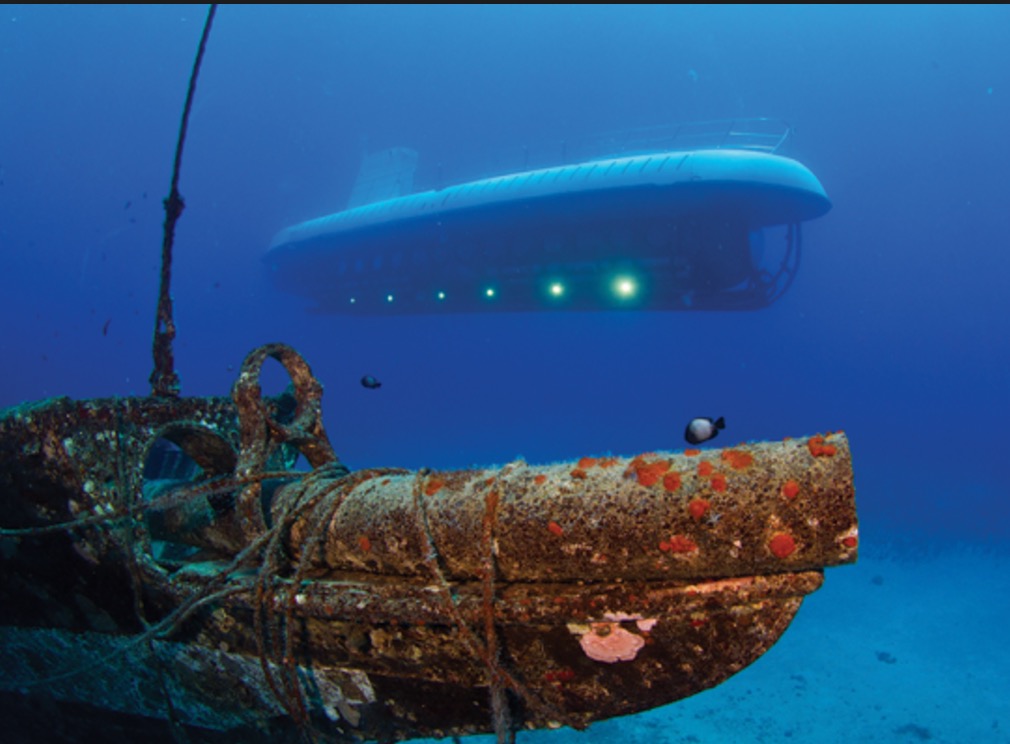