OH NO… JON STEWART IS LEAVING THE DAILY SHOW!

Editorial StaffFebruary 11, 2015
Ending one of the most venerable and trusted careers in making a complete mockery of the news, Jon Stewart has announced that he is stepping down as host of The Daily Show. According to sources who were there (some of whom are already passing word along on social media), Stewart let the news slip at the taping of today’s episode, telling those in the audience that he’s retiring. No word yet on when exactly he’s leaving, whether this means he’s ending his time in the anchor chair to focus on being a Serious Movie Director now, or just how much this is Brian Williams’ fault. Presumably, all of this information will be revealed in time—and delivered by Stewart himself tonight on your television. We’ll update when we have more.

UPDATE: Comedy Central just sent out this official statement confirming the news, and saying that Stewart will remain with The Daily Show until later this year. It also says that the show will “endure for years to come,” suggesting that it won’t end with Stewart: 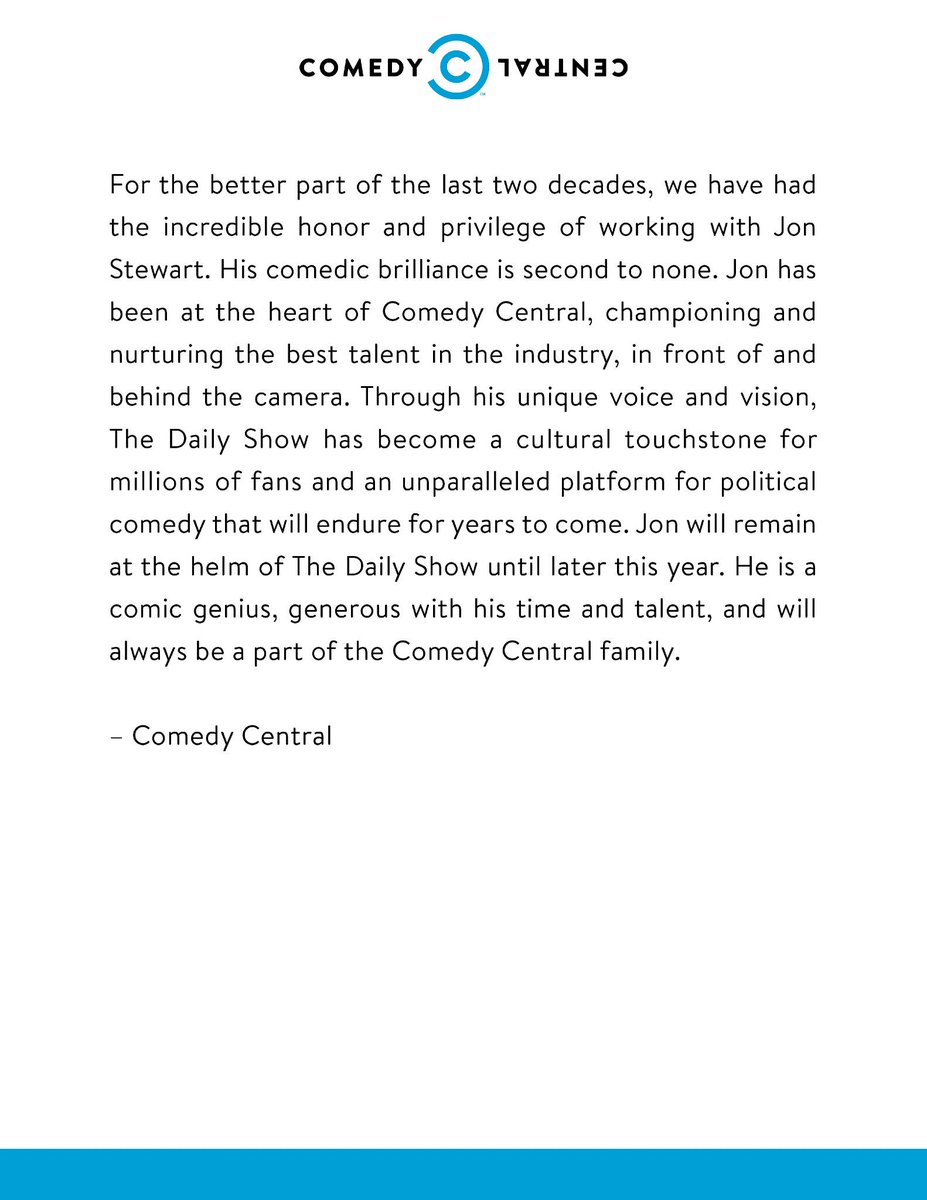