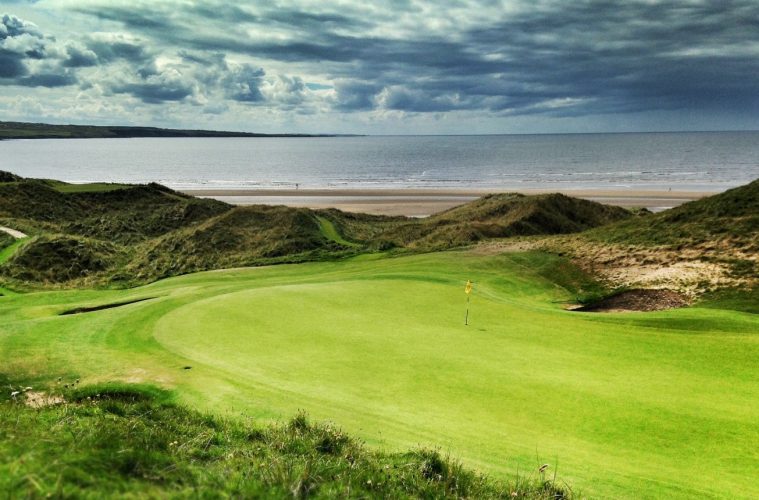 Most golf vacations are luxury vacations. The type of person who plays golf tends to have money, and the cost of equipment alone keeps all but the most well-heeled sportspeople away from picking it up as a hobby. You won’t find a luxury golf vacation anywhere in the world that doesn’t cost you a pretty penny, so if you’re thinking about heading out on a golf vacation, you’ve probably already allocated a large budget to it. All you need to do now is decide where you’re going to spend it.

The United States of America has no shortage of great golf courses, but for the purposes of this article, we’re going to ignore them. We know that a lot of our readers are American and will probably be looking for a trip further afield anyway. We also think that American golf courses get enough coverage as it is. We’re focusing our attention on Europe, and particularly the British isles. We could have looked at Scotland – a country with a very rich golfing history of its own – but for our money (or your money, as the case might be), we’re going to pay closer attention to neighboring Ireland.

If you’ve never been to Ireland, you might be laboring under some misapprehensions about what the country is, and what it has to offer. For foreigners to the country, the mental image that comes with Ireland is one of superstitions, leprechauns, stout beers, and pots of gold. That’s the iconography that has made the Rainbow Riches online slots game one of the most played attractions at almost every online slots website like Rose slots. While the stereotype has proven to be a big moneymaker for the companies that host online slots websites, there’s a great deal more nuance to Ireland than that, and its fabulous golf courses are a fine example of what we mean. At the risk of making too bold a claim, we believe it has some of the most spectacular golf courses in the world – and the selection below are the ones we feel are the best of the best. As this is about vacations and accommodation as much as it is about golf, we’ve made sure to include courses that just so happen to offer first-class hotels on location, too.

Rosapenna has been a big deal on the golfing circuit since the 19th century but has taken further steps forward in the 21st century with the opening of the Sandy Links course in 2003. The existence of the new course doesn’t take anything away from the spectacle of the original Old Tom Morris course, which was once considered the second greatest course in the British Isles after St. Andrews in Scotland. The coastal location of Rosapenna in Downings, County Donegal makes for inspiring scenery so long as you’re spared the worst of the weather, and spending three nights here with golf and dinner included and a view of the Old Tom Morris course shouldn’t set you back more than $500.

You should judge a golf course by the quality of the competitions it has hosted, and that means you should hold Carton House in Maynooth, County Kildare, in particularly high esteem. It’s a stone’s throw from Dublin if you’d prefer to stay in Ireland’s capital city than on the course, but should you wish to stay closer to the action you’ll be paying around $150 per night for the privilege with breakfast and a round on one of the two courses included. You could always choose to pay more if you’d prefer to play both courses, which is recommended as no less than three Irish Open tournaments have been staged here. The Montgomerie Course, designed by Colin Montgomerie, is an old favorite, but there’s also a lot to be said about the O’Meara Course. 1998 US Masters and Open champion Mark O’Meara was responsible for designing that one, which opened in 1998.

You’ll have to pay a little more if you want to stay and play at the Powerscourt Hotel, but you’ll probably be glad you did so. Ritz Carlton has owned and operated this location in the past, but it’s currently in the hands of Marriott. The Sugar Loaf course is at the location and was voted the best parkland course in all of Ireland as recently as 2014. Peter McAvoy, a winning Walker Cup captain, designed the East Course, which hugs the delightful contours of the Enniskerry landscape. All of the courses at Powerscourt are considered to be difficult, but if you love a challenge, you’ll find the Powerscourt Golf Club very welcoming. Enniskerry is in County Wicklow, and an overnight stay with a round of golf, breakfast, and dinner will set you back somewhere in the region of $600 per person.

If your golf standard isn’t great, but you’d still like to experience a great course and some quality accommodation, don’t look any further than the Ashford Castle Lodge in Cong, County Mayo. The nine-hole course at the Ashford Estate is considered to be a pleasurable one to play for golfers of any ability, and if you want to step up the difficulty a notch, you could always choose to move on to the Ballinrobe Course. Accommodation at the Lodge is geared toward two people arriving and staying together, but separate prices are available for solo ventures on request. If you ask for the golfing package, you’ll receive a two-night stay, including breakfast and a three-course dinner at the famous Quay Bar, and one round at each of the courses. That will cost approximately $600 for two people paying together. If you travel alone, you should therefore expect to pay around $300, but prices may vary.

For a country so small, Ireland has a surprising number of golf courses. If we presented you with a full list of them, you’d wonder how they’ve managed to fit anything else onto the land! We don’t mean to insult any of the other courses by not including them on this list – we just feel that the four locations we’ve mentioned offer a particularly strong combination of excellent golf courses and luxury accommodation. Once you’ve been to Ireland to play golf once you’ll almost certainly go again – so take one of the locations above as a starting point, and branch out from there.