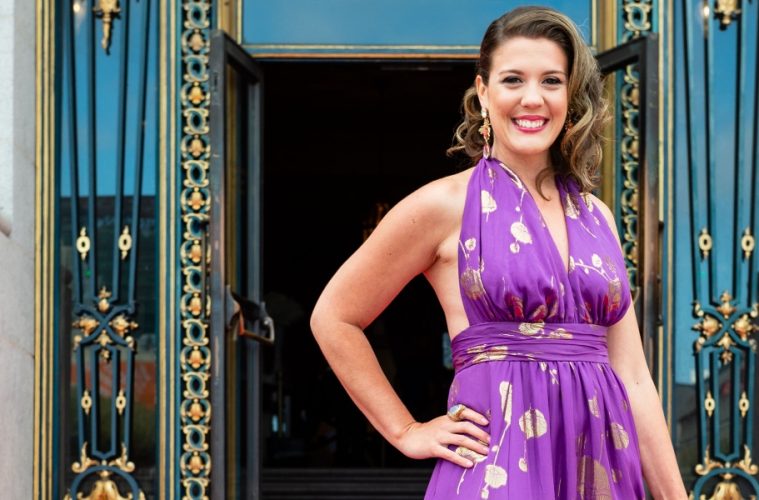 The Inspiration Behind the Dress 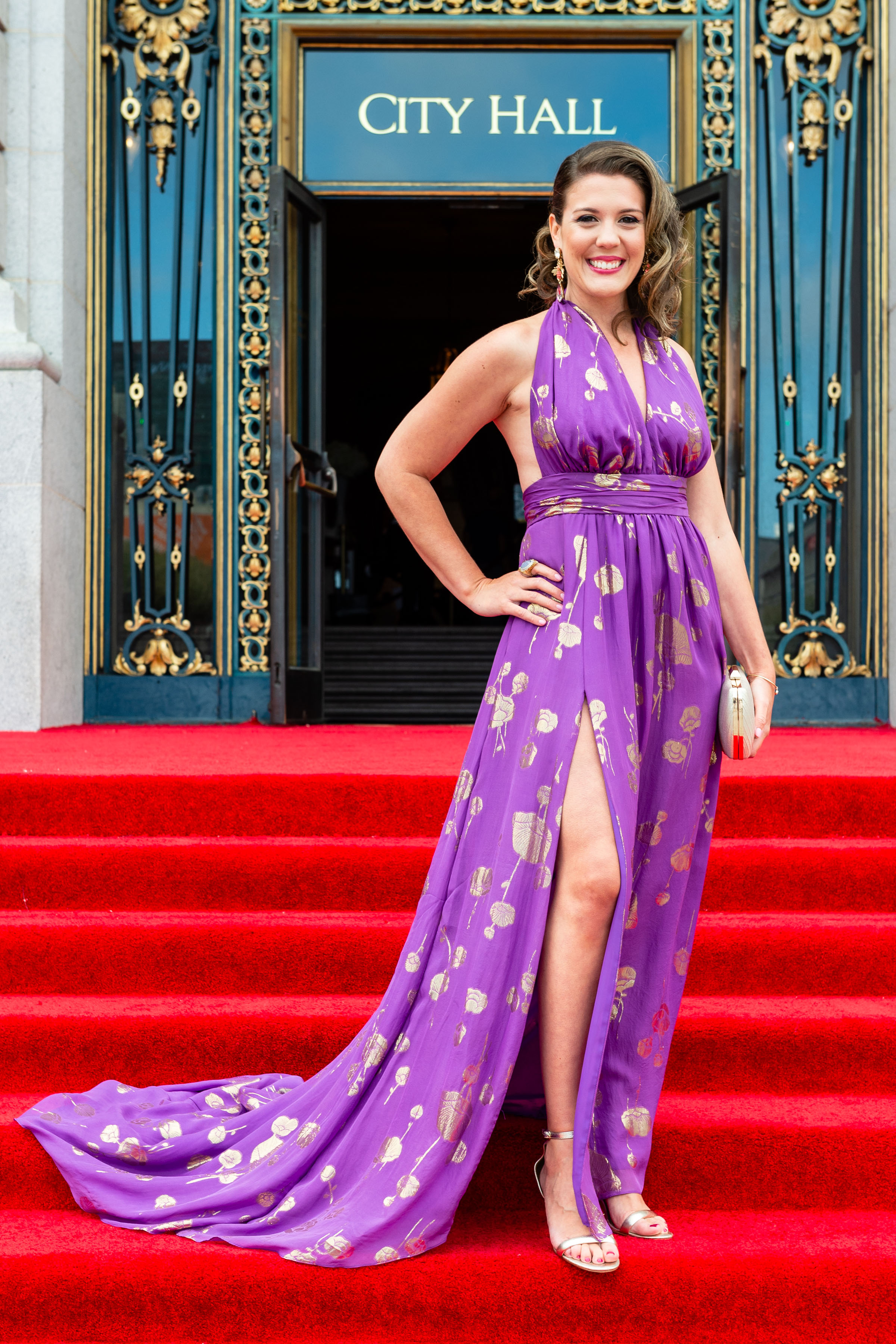 Guests came dressed their best, including Red Curtain Addict’s Co-Founder Kari Lincks Coomans who wore a custom-made dress created by Bay Area Fashion Designer, Karen Caldwell. Scroll below to get the inside story and inspiration behind the dress…! 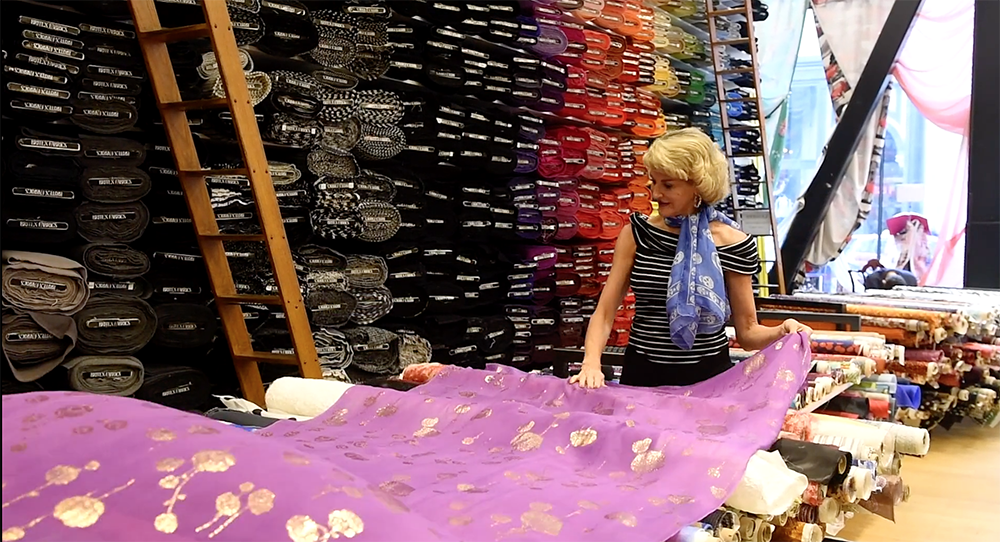 This year’s program highlighted music from Hollywood films such as Cinema Paradiso, Schindler’s List and Out of Africa. “When I heard about the music in the program, I knew Karen was just the person to create a one-of-a-kind gown with an old-time-Hollywood vintage flair,” said Kari.

Karen is known for taking inspiration from classic films while adding a modern twist to each of her designs. It all stems from her grandmother, Carla Wiese (stage name Iris Nielsen) who was a dancer that worked as a choreographer for MGM during the Hollywood boom. Since launching her own line, she has dressed many Hollywood celebrities, such as Sofia Vergara, Gal Gadot, Amanda Seyfried and more! Karen has a huge passion for the arts and has captured the attention (and admiration!) of fans around the world.

Karen and Kari began working on this creation together in July at Britex where they found the perfect silk chiffon fabric. Karen’s inspiration for the gown stemmed from a vintage photograph by Richard Avedon.

“This gown has always captured my imagination so I’m excited to create my own version of it!” said Karen. “I also took inspiration from Rita Hayworth’s style because her gowns were always so fitting but had an amazing flow for her dance sequences.” Click above to watch their video diary of the making of the dress!

Karen revealed the first look of the gown to Kari at her Napa home where she also surprised her with a complete spread of vintage jewelry to choose from. Karen has been known to rent out her jewels to Hollywood and TV shows that are set in the 40’s and 50’s. Click above to see Kari’s reaction! 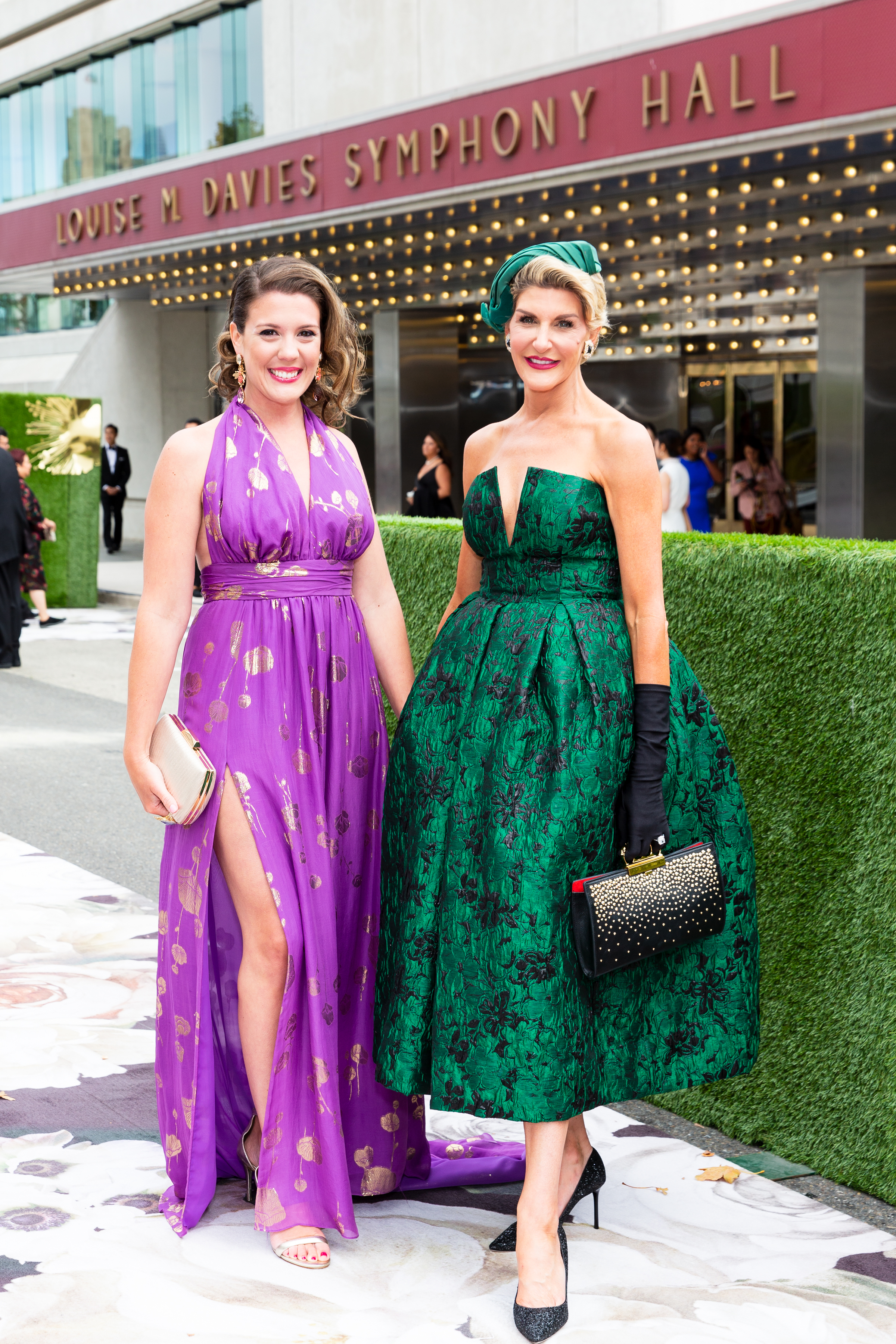 What we love about Red Curtain Addict is they give you the inside scoop about the best concerts in the Bay Area to attend (including the San Francisco Symphony) and they host fun and casual concert events to meet the artists. Check out some of their past events here!

Click above to see some of the best highlights from the night and watch exclusive Red Curtain Addict interviews with musicians, guest and more!