Steven PopeMarch 22, 2015
Ever wondered how much Victoria’s Secret models really make? Well, Destination Luxury has a list of the top ten paid Victoria’s secret models for you below. This South African model became an Angel in 2010. She has been the cover model for eight different Vogue magazines and was featured in the 2010 Victorias Secret, SWIM, catalogue, among others.

This English fashion model, actress, and singer is currently the face of Burberry’s beauty campaign. She has walked for brands such as  Oscar de la Renta, Burberry, Dolce & Gabbana, Fendi, Stella McCartney, and Chanel.

This American supermodel has everything going for her, from being Taylor Swift’s BFF to become the face of the NIKE campaign. Recently, she has also been named the new face of L’Oreal Paris.

Rhoda has appeared in appeared in advertisements for Balenciaga, Valentino, Dolce & Gabbana, Givenchy, Gucci, Ralph Lauren, Victoria’s Secret catalogs, and more. She was also selected to model the Hope diamond in 2010.

This Brazilian model is best know for her work with Victoria’s Secret and was the first spokesmodel for their brand, PINK. She is currently a Victoria’s Secret Angel and has modeled for other brands such as Ralph Lauren and Christian Dior. In her free time she volunteers with the National Multiple Sclerosis Society.

Liu is the is the first model of East Asian descent to walk the Victoria’s Secret Fashion Show. She is also the first person to model the Apple Watch on a magazine cover, when she was featured in Vogue China’s November 2014 issue.

This Australian model became an Angel in 2007. She has also started her own brand of skin-care products and released a self help book titled, Treasure Yourself. 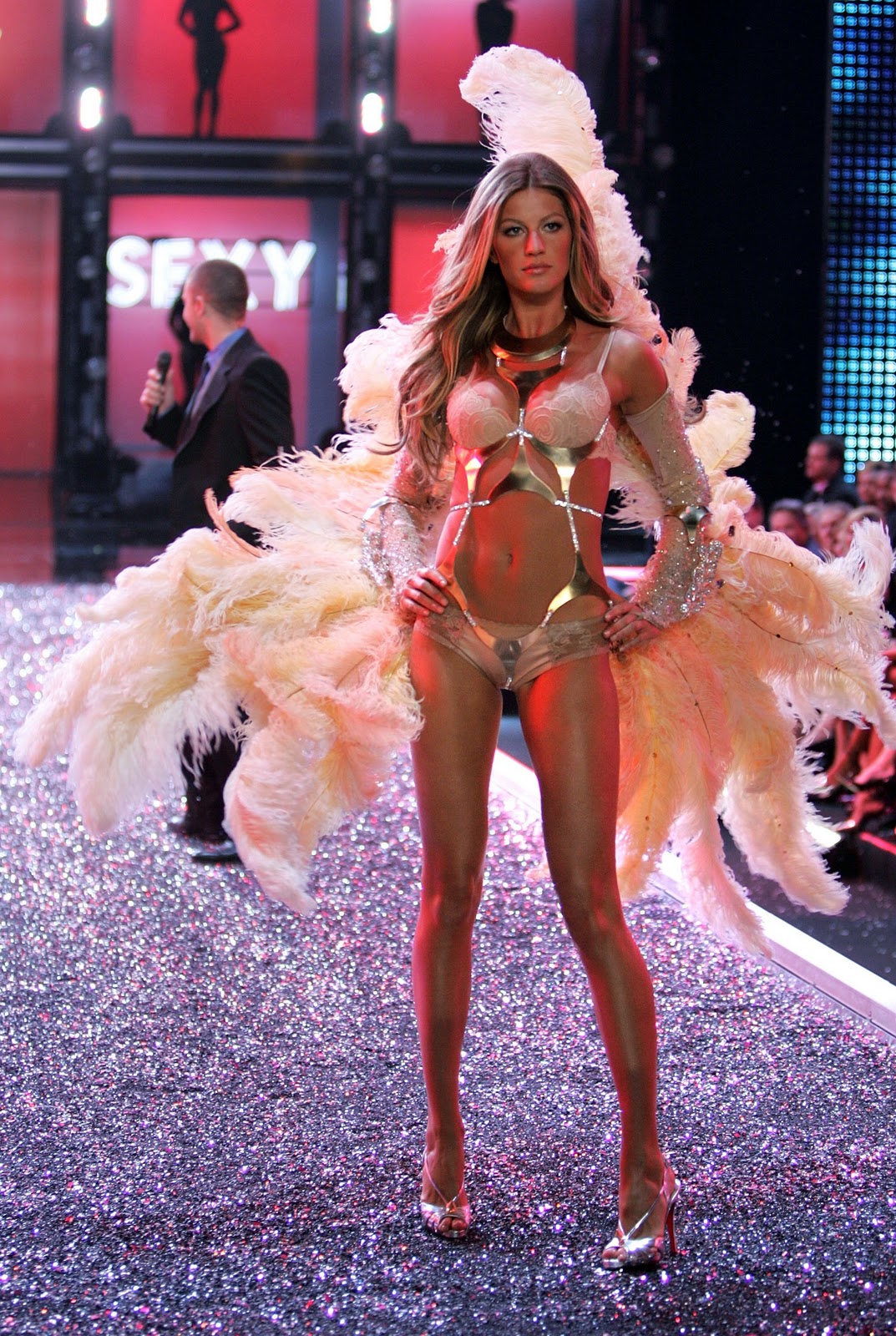 Bundchen in the 2006 VS Fashion Show.

The true supermodel, Bundchen is a Brazilian fashion model, actress, and producer. She also invests her time in philanthropy as the the Goodwill ambassador for the United Nations Environmental Progamme, by donating $150,000 to Brazil’s Zero Hunger Program, and by donating her time and skills to other charitable activities.

Which model were you most excited to see? Let us know below in the comments.