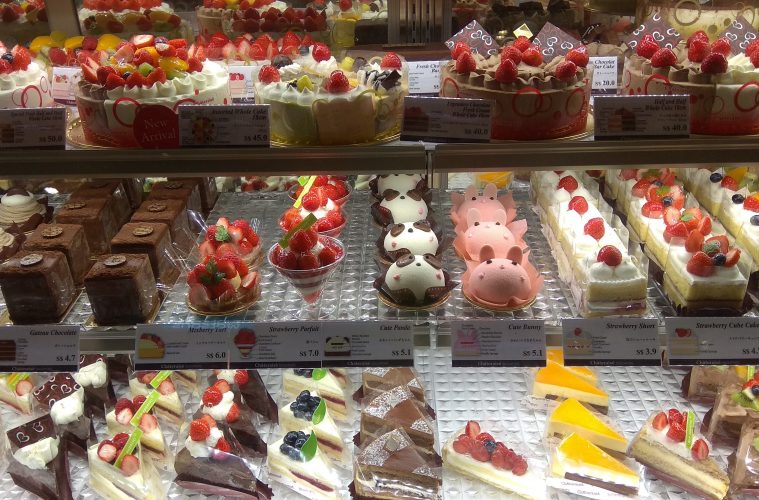 Variety of chocolate around the world.

The variety of cuisines all over the world is overwhelming — other countries, other customs. Then in a country — other regions, other customs. There is no end to the culinary ideas and combinations people are coming up with every day. National traditions, foreign influences, and personal preferences together can create insane and fully unique dishes.

One of the most widespread and best-adapted ingredients is chocolate. It will be no exaggeration to say that the vast majority of the world already has at least one cult (if not traditional!) recipe that includes chocolate.

We have stumbled upon a couple of weird chocolate snacks and decided to do deeper research in the cocoa field. If pink chocolate sounds exotic to you, you have to brace yourself! There will be blood, vodka, peanuts, and much more!

There are European countries that are famous for their finest chocolate. We all have heard about legendary Belgian and Swiss chocolatiers. It happens that Austria is trying to catch up, and their results are just stunning.

Austria owes its place on the current chocolate world map foremost to Josef Zotter — probably the most out of the box chocolatier in Europe. You can also find two more Zotter stores in Shanghai and Florida.

Although his most recognizable cocoa masterpiece would be peanut butter-ketchup chocolate bar. Two of the most American tastes combined into one candy bar to celebrate Barack Obama’s election triumph.

In New York, you can enjoy chocolate absinth truffles created by Rhonda Kave. Back in the day, at the very beginning of her sweet experiments, absinth was illegal. Thanks to getting access to the homemade alcohol she could carry on the chocolate-absinth magic in her kitchen. Today, fully lawfully, she sells the elvish candies at her very own store!

The West Coast surprised the American chocolate market with the use of… pork and pig blood. The origin of white chocolate covered bacon is California. Pig blood flavored dark chocolate (with a pinch of cinnamon and smoked paprika) you can find at David Briggs’ confectionery in Portland, Oregon. The roots of pig blood chocolate, though, are reaching to old Italian smalltown traditions.

Once a year, there are village festivals where local pigs are butchered, and every single part of their bodies is used to prepare different dishes. Blood included. The blood can be mixed with chocolate. This way, we can enjoy dark and smooth pig blood chocolate pudding.

Presumably, all of you got to know the jaw-dropping and confusing world of Japanese sweets. Chocolate became a significant part of Japanese modern festive culture. On Valentine’s Day, the whole Asian isle is swimming in chocolate. Girls are preparing chocolate candies and cakes for their sweethearts.

There is one particular chocolate bar that has stolen Japan’s heart — Kit Kat. The love and fascination grew to such an extent that you can find over 200 different kinds of Kit Kat on the Japanese candy market!

And that’s not the crazy part.

Feel like eating something savory-sweet? How about gouda cheese Kit Kat! Or potato flavored one? Or the yuzu and pepper combination? Or… Ok, let’s stop here. You probably already get the picture of how huge Japan’s love for Kit Kat is.

You know how there are i.a. dark, white, vegan or milk chocolates? Obviously. Looking back at all the surprising chocolate experiments you’re probably wondering what we’re going to come up with in the last point.

Milk chocolate. Having so many various opportunities, why limit yourself with the most common cow’s milk? That’s what the founders of Al Nassma chocolate manufacture in Dubai thought. Thanks to them you can find out how camel milk chocolate tastes like!

Camel milk is often called liquid gold. It contains much less fat than cow’s milk and three times more of vitamin C! Camel milk is also more precious than cow milk because of the very small amount that camels are able to produce.

It’s amazing how our imagination and food cravings support culinary development. Sometimes sweet inventions are products of an accident, other times of sugar-sweet love. The confectionery world doesn’t know any limits. Chocolatiers are true artists whose work doesn’t have to be appreciated by everybody. They please us, mystify us. If not for their brave, open minds, what a boring life would our taste buds have.

Have you ever tried an unusual chocolate snack on your travel? Did your aunt bring you chocolate-covered crickets from her last trip to Thailand? What was the weirdest thing you’ve ever tasted? Share with us your (bitter)sweet stories!