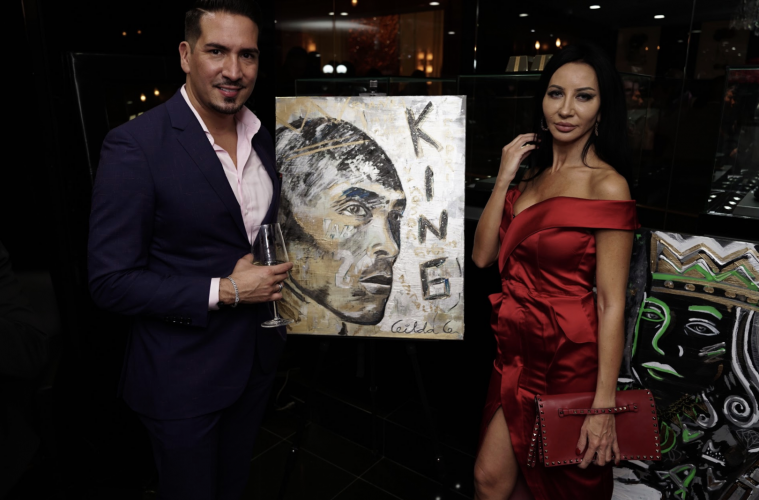 Eric RosadoMarch 19, 2020
On Saturday  February 8th, Garza and Jason Arasheben showcased their collaboration on a piece that launched at Art Basel in Miami in December. The special Gilda Garza x JASON OF BEVERLY HILLS Mini King Karl pendant was handcrafted in 18kt with approximately 1cttw of diamonds around the border and 3cttw of floating diamonds in the pendant. 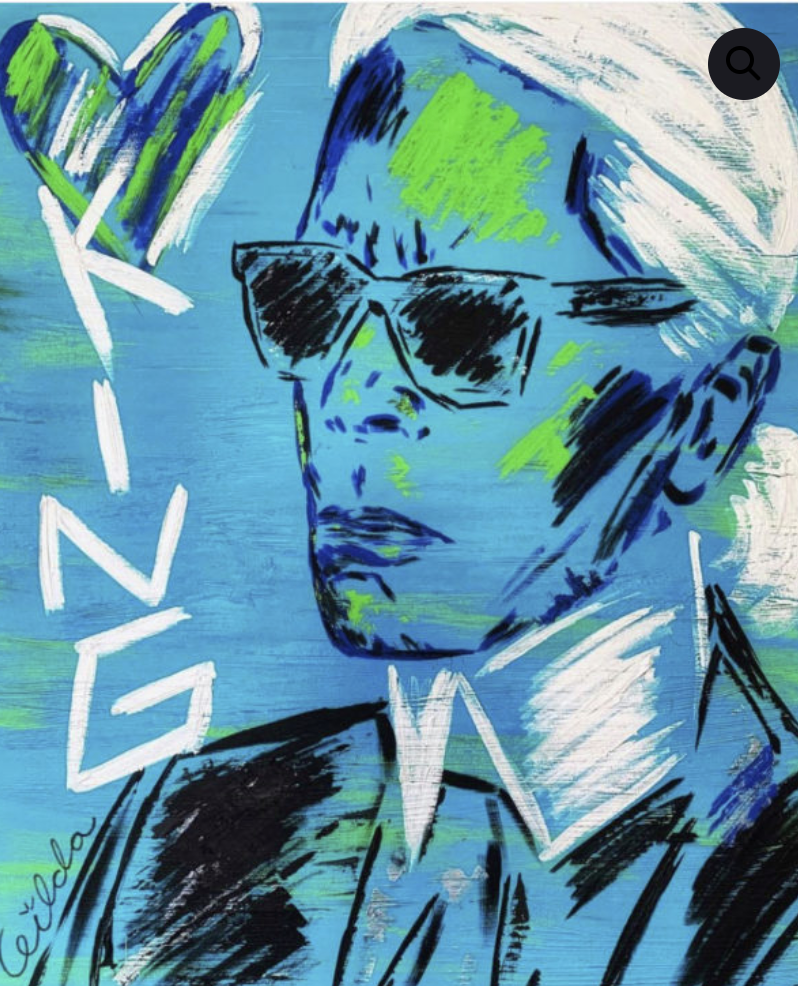 Only 10 pendants were produced. They were displayed and available for purchase during the event along with other one of a kind pieces by both Jason of Beverly Hills and Garza.

Garza’s art pushes the limits of raw emotion in a way that captivates the soul and sparks curiosity. Born and raised in Mexico, Garza’s work strives to convey her unique, multi-cultural perspective of the human experience. 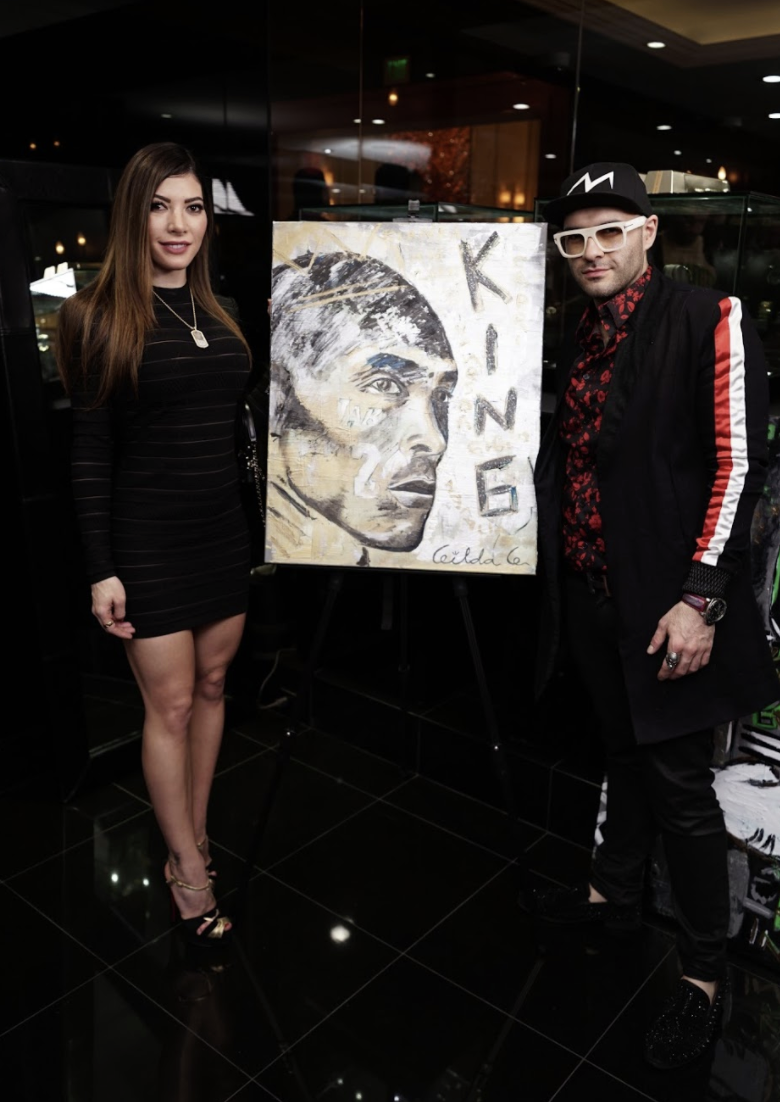 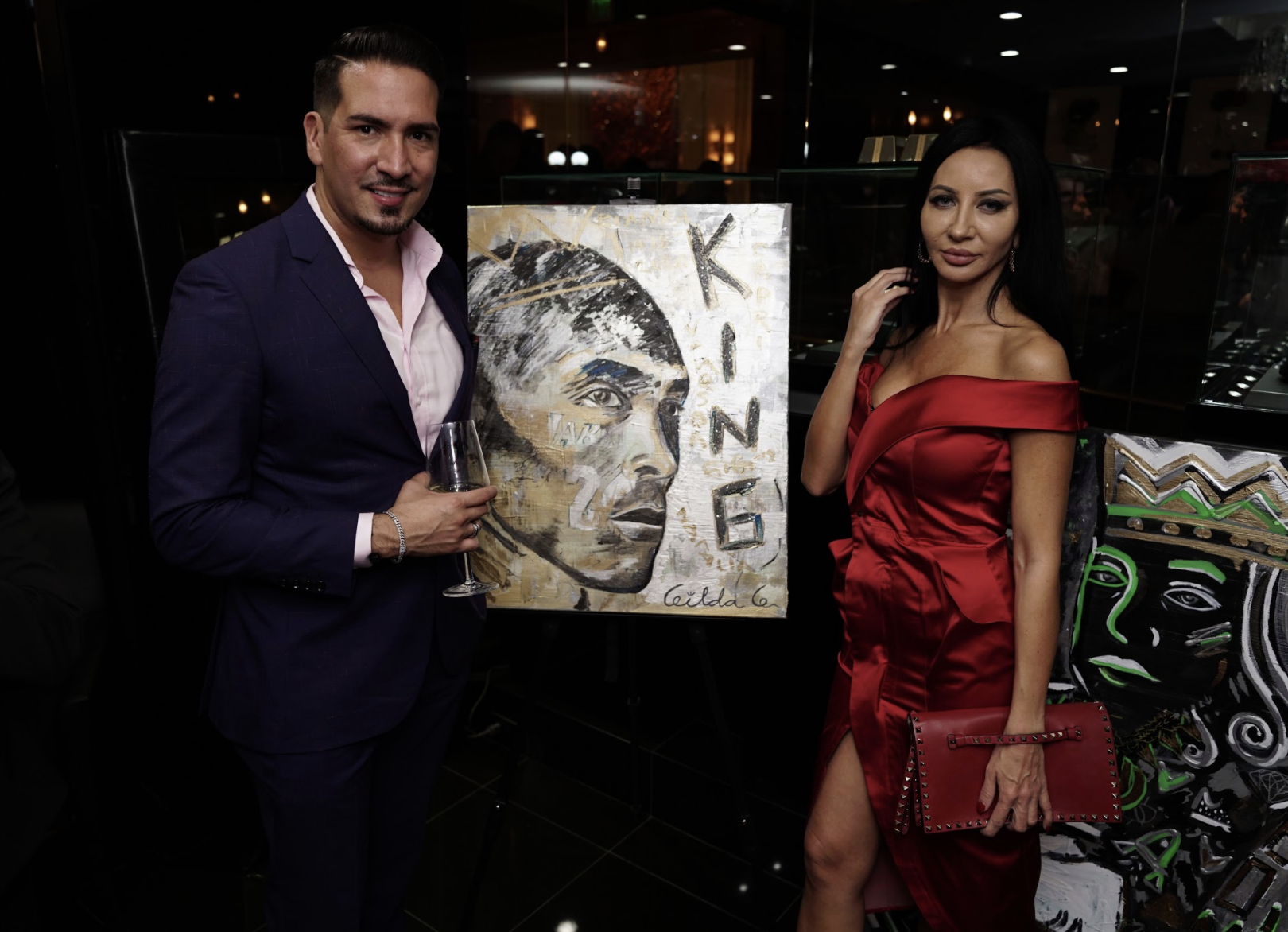 Jason of Beverly Hills is known the world over for sending shockwaves through the jewelry industry with their over the top diamond creations.

In light of the recent events, Gilda has painted a 25×35 inch, one-of-a-kind Kobe Bryant portrait that had a bid and sold at the VIP event and 100% of the proceeds will be donated to The Mamba Sports Foundation. 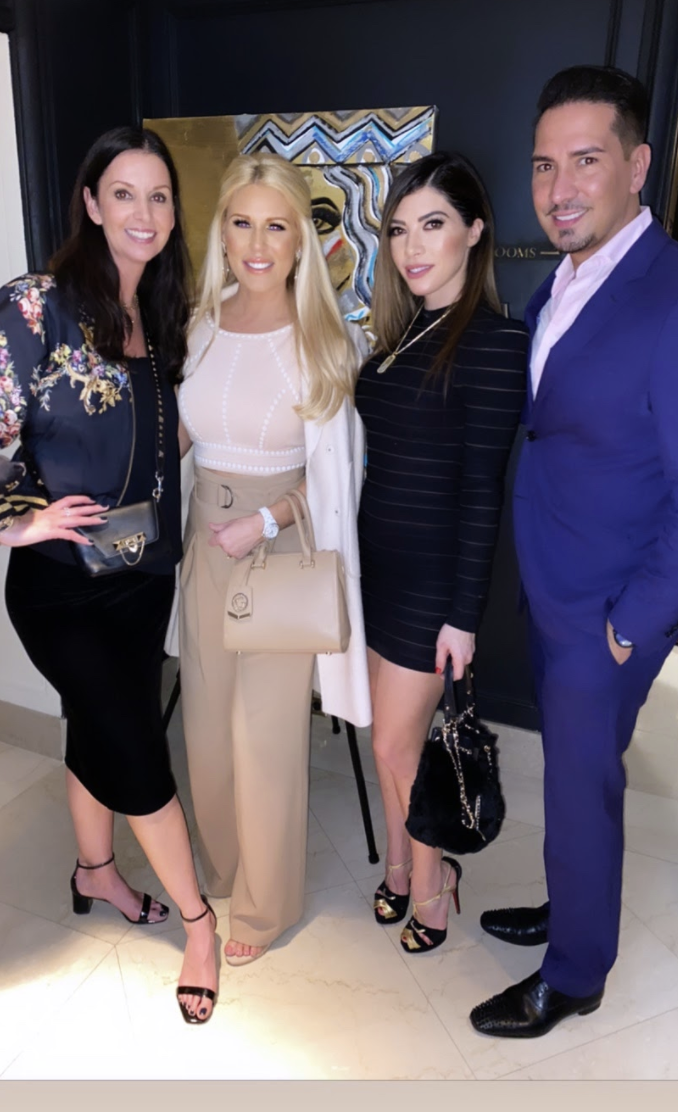 Gilda Garza is a celebrity-favorite artist known for pushing the limits of raw emotion in a way that captivates the soul and sparks curiosity. Born and raised in Mexico, Garza’s work strives to convey her unique, multi-cultural perspective of the human experience. Constantly testing and refining her techniques, Garza gracefully transforms blank canvas into stirring imagery that speaks to the continued legacy of hopeful self-expression inherited from her mother and grandmother, proclaiming: “There is no work of art I paint that does not carry a piece of my heart and a part of my soul in it.” Garza courageously and elegantly explores the power of passion and love, the conflict between survival and excess, and the delicate relationship between beauty and strength. Famously recognized as the first Latina artist to exhibit on the Las Vegas Strip, her work has since featured on the cover of Playboy, Roberto Cavalli haute couture, and on the opening design of Nicole Miller’s catwalk show during Fashion Week Scottsdale. In July 2019, West Hollywood’s iconic Hills Penthouse welcomed Garza’s “Kings and Queens” exhibition in support of AnnaLynne McCord’s anti-human trafficking organization Together1Heart. During 2019’s Art Basel Miami Beach, Garza’s sold-out exhibition featured a “Queen of Hearts” piece that garnered a $70,000 price tag, earning her a widespread celebrity following and commissioned projects for legends such as Snoop Dogg, world-champion boxer Canelo Alvarez, and the Phoenix Suns NBA basketball team. In 2020, Garza is set to collaborate with one of the largest Napa Valley wineries, design a custom “Kings and Queens” diamond necklace for Jason of Beverly Hills, and present an eagerly-anticipated exhibit in Europe. Learn more at gildagarza.com. 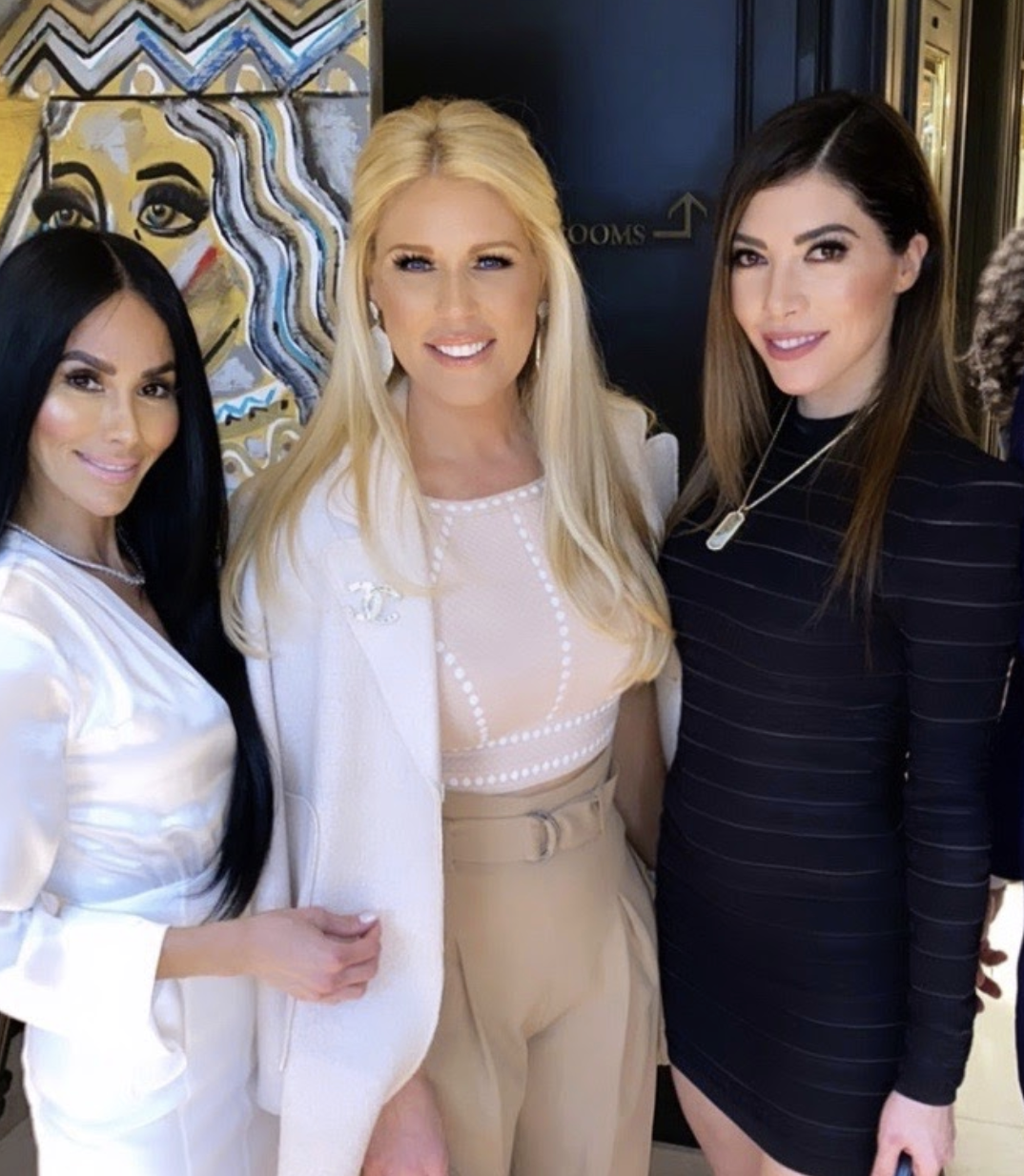 About Jason of Beverly Hills: 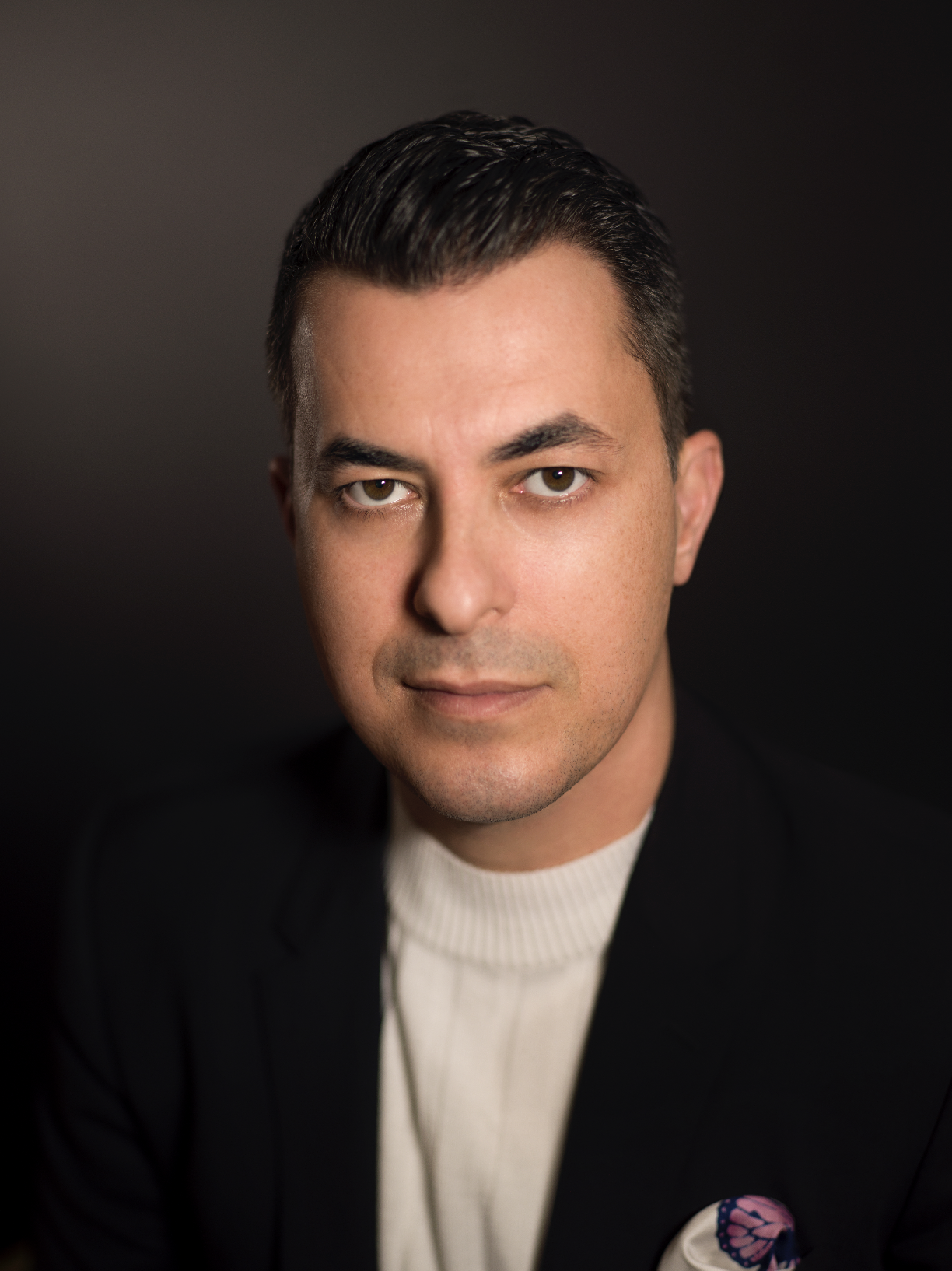 Unafraid to take risks and push the limits of conventional fine jewelry standards, Jason of Beverly Hills has rapidly gained a global reputation for creating custom one-of-a-kind diamond pieces for an extremely selective clientele, including pro athletes, celebrities, and royalty. The company, founded in 2002 by Jason Arasheben, is now owned and operated by Arasheben and his partner, Brandt Branand. Jason of Beverly Hills strives to shatter the boundaries set forth by traditional jewelers and continues to introduce the world to a brash new style of diamond creations for both men and women that is nowhere near your grandmother’s pearls. After opening the first Jason of Beverly Hills retail location in 2010, the brand now operates five boutiques worldwide. 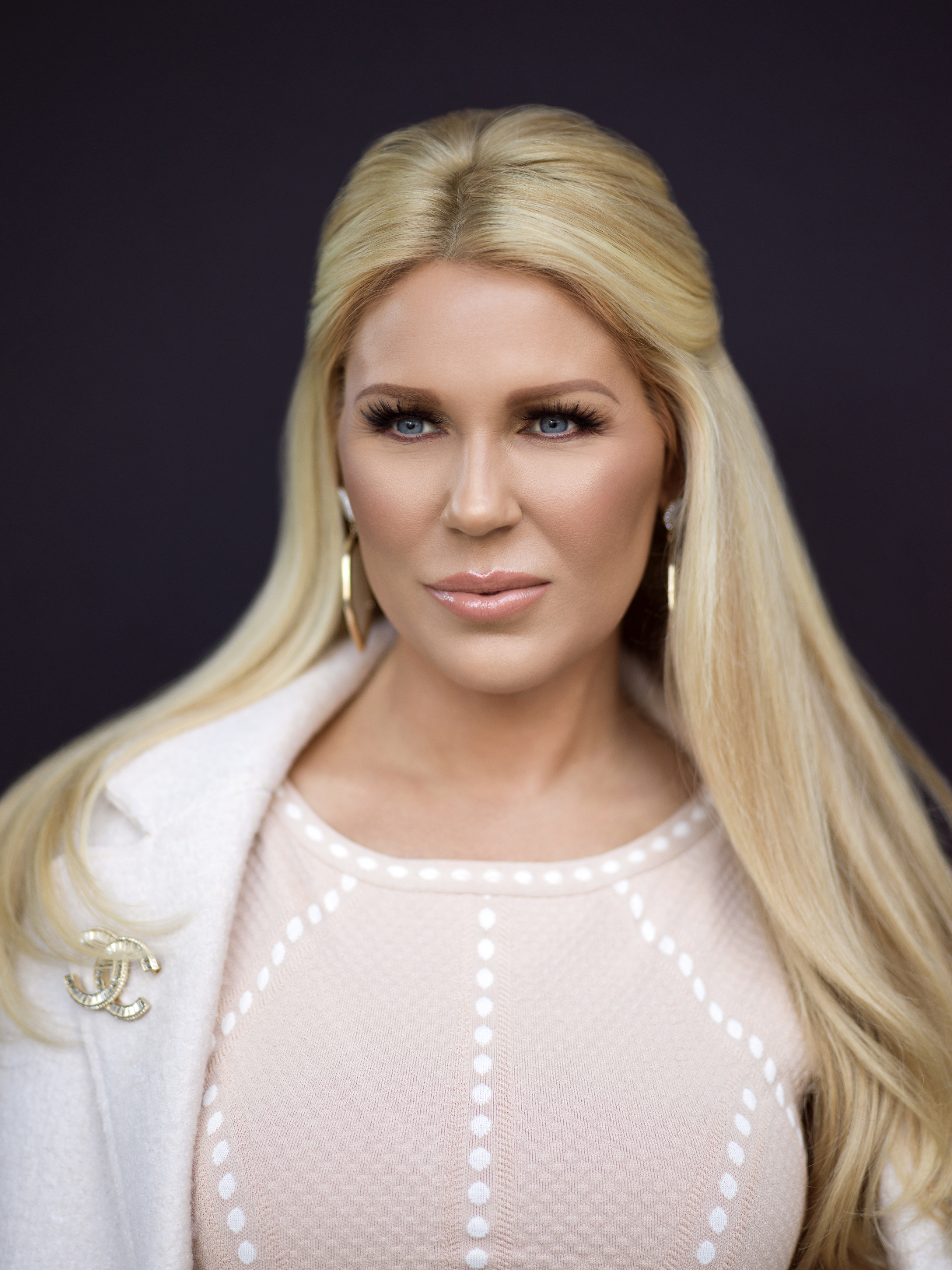