Looking for your dream vacation? Let us help you out with the best luxury hotels for your zodiac sign. 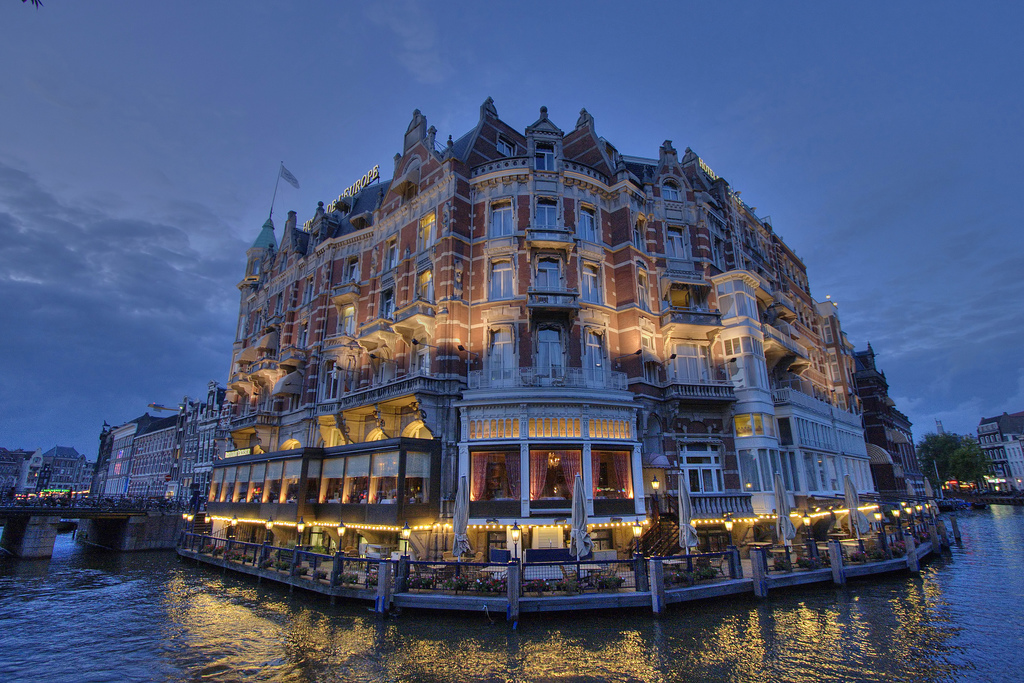 You should be at the Hotel De l’ Europe in Amsterdam, The Netherlands.

In a picturesque setting on the Amstel River and overlooking the Mint Tower, Hotel d l’Europe is still considered one of the very best hotels in the city. The extravagant historical building provides a romantic setting, and an excellent staff keeps the operation running smoothly.  Stepping inside is like going back in time to the 19th century.  The white marble clad lobby is intimate yet elegant at the same time. 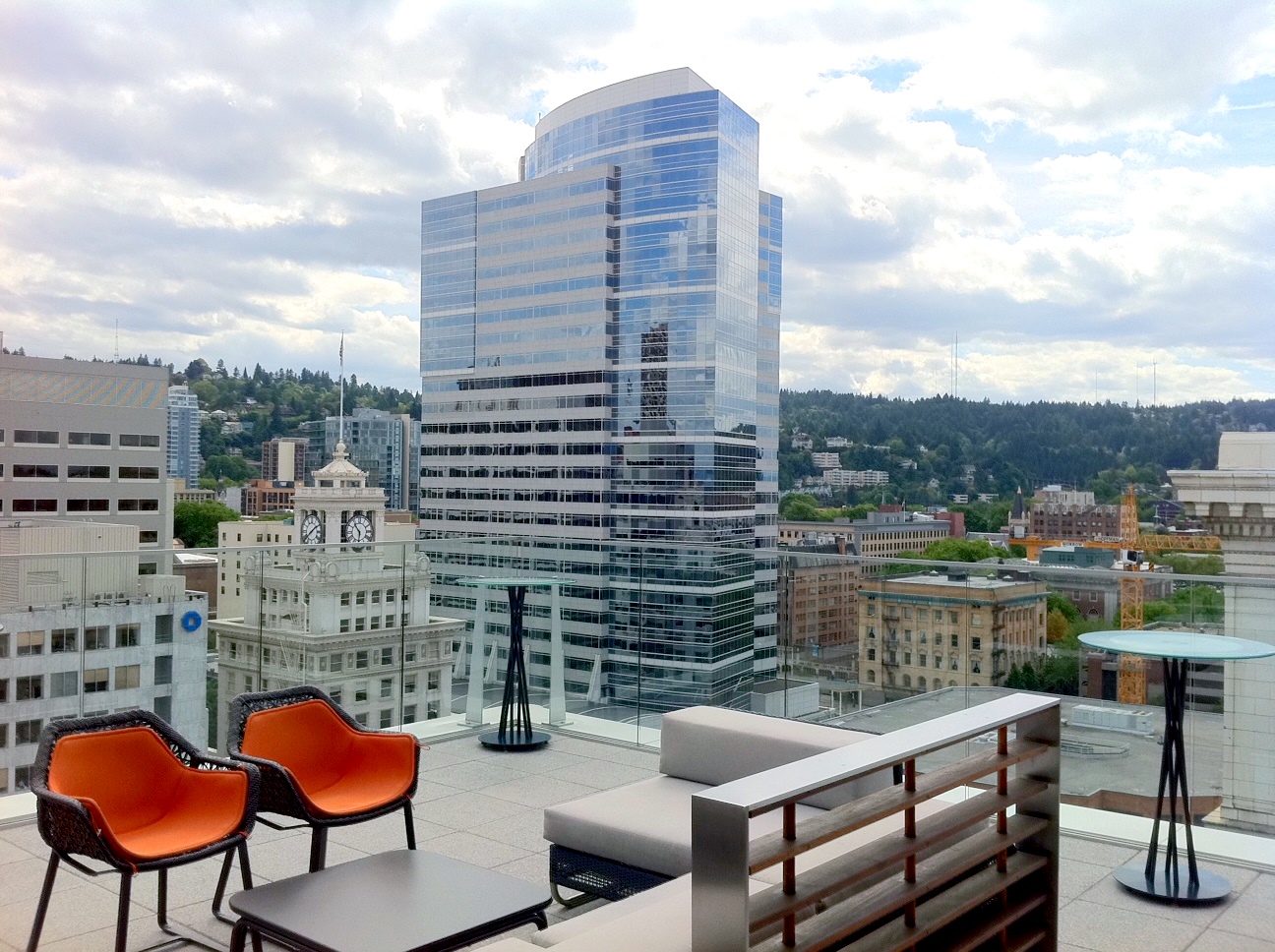 You should be at the Nines in Portland, Oregon, for your zodiac sign.

Ideally situated next to Portland’s Pioneer Square and the MAX light Rail, The Nines rests atop the landmark Meier & Frank Building and is a contemporary homage to the structures storied past both in its striking decor and impeccable service. As one of the country’s premiere walking cities, Portland is an ideal spot to launch all of your adventures. Explore the tax free shopping at the nearby boutiques, dine in cutting edge restaurants in the Pearl District, or simply wind your way through the beautiful gardens and museum grounds that pepper this lively city.The Nine’s Concierge team is happy to arrange day trips to the mountains, wine country and beyond. A magnificent contemporary art collection by local artists graces each of the 331 luxurious guestrooms, including 13 suites. Twice daily maid service, plush bedding, and 42 HD televisions complete the picture of approachable elegance at the Nines, Portland. 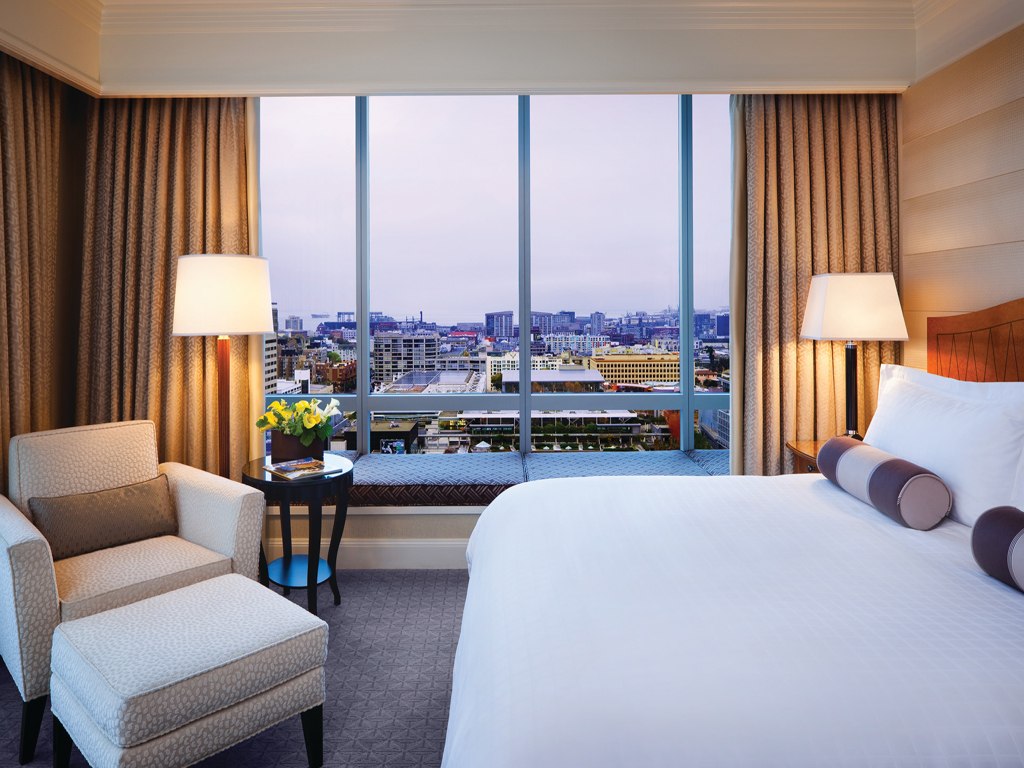 You should be at the Four Seasons in San Francisco, California, for your zodiac sign. 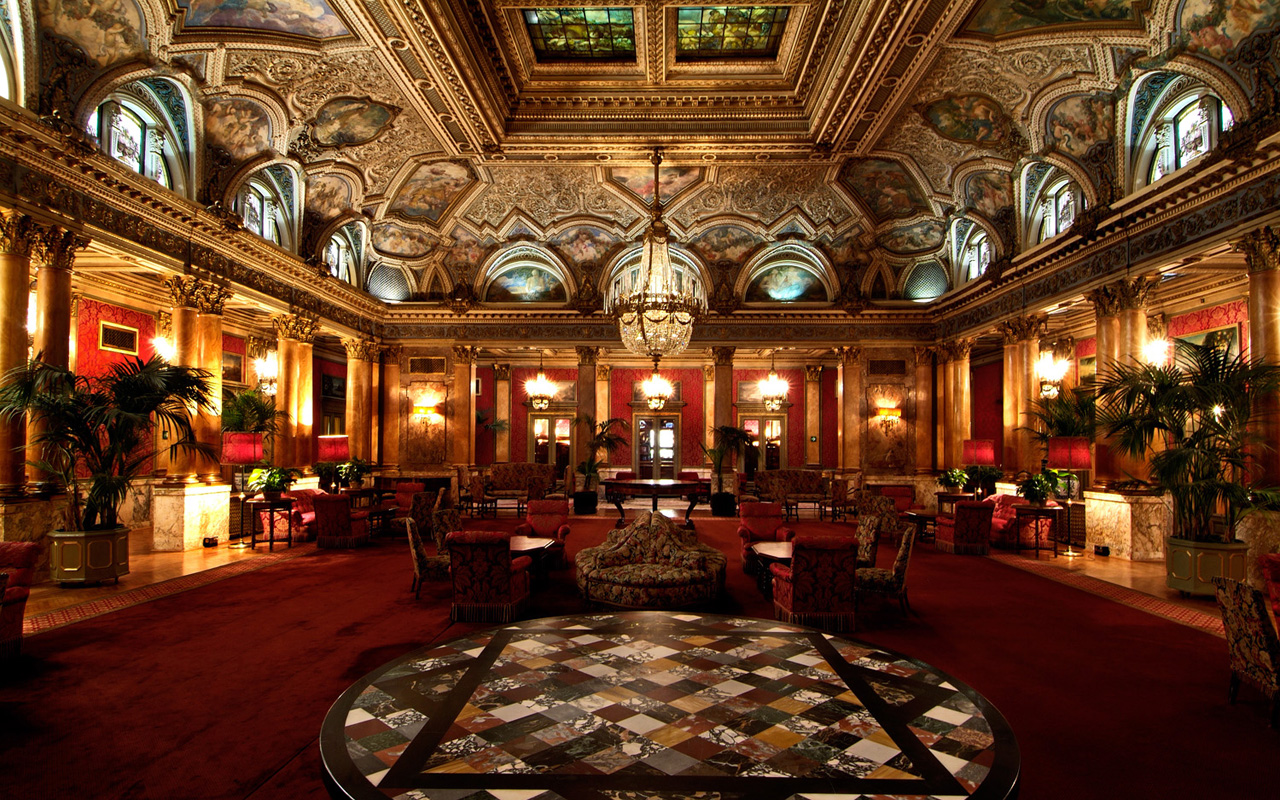 You should be at the St. Regis Rome in Rome, Italy.

St Regis Grand Hotel, Rome was built in 1894 as the first deluxe hotel in Rome. The St. Regis Grand Hotel Rome is within walking distance of the Spanish Steps, the Trevi Fountain and Via Veneto. After extensive renovations, the hotel reclaimed its status as the finest hotel in Rome and one of the best in the world. This honor has been re-emphasized by its recent naming on Condé Nast Traveler’s 2005 Gold List. As a focal point of Rome’s diplomatic and political life, the hotel hosts many national and international dignitaries, heads of state, business executives, and widely known celebrities. 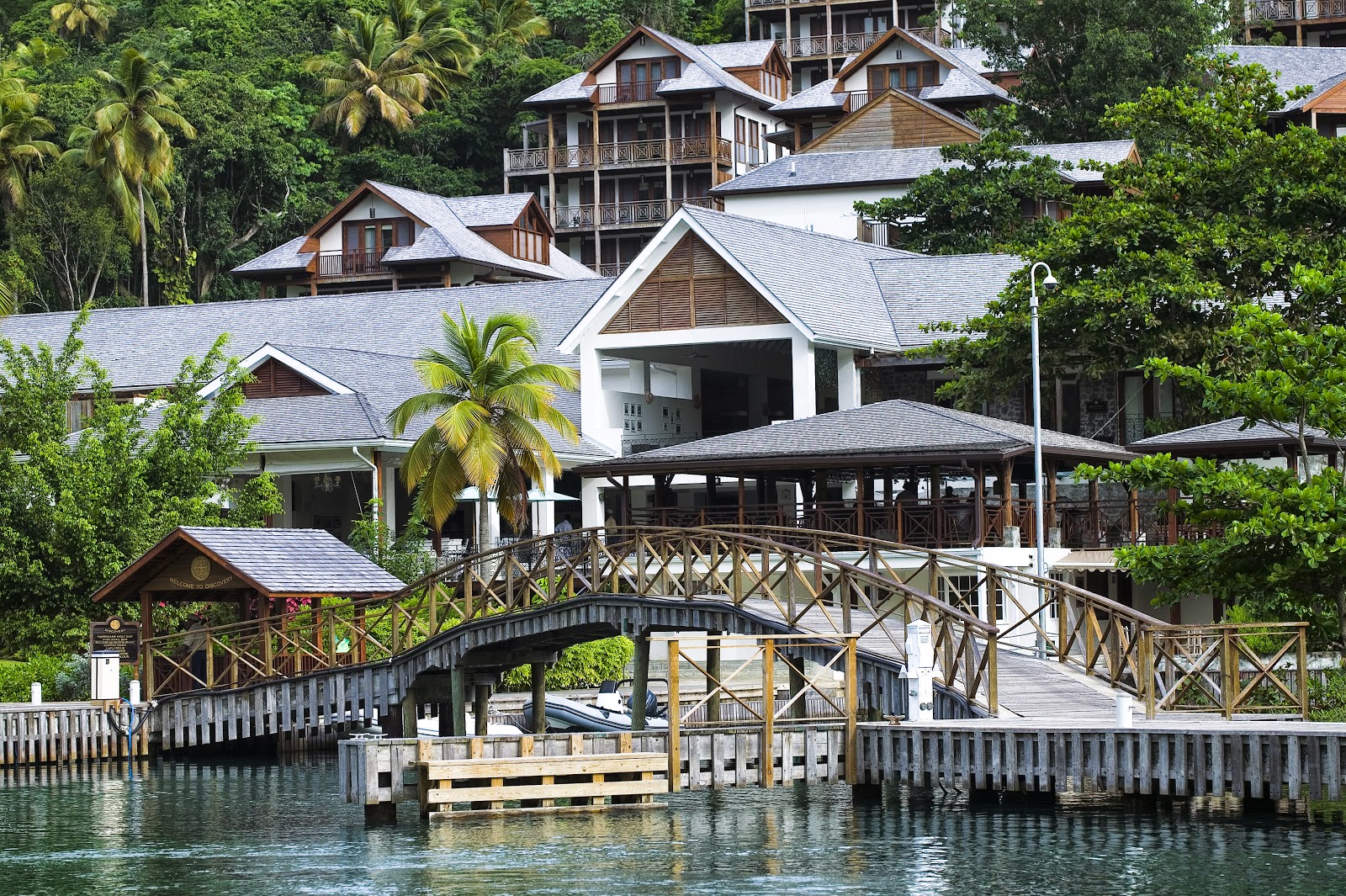 You should be at the Capella Marigot Bay St. Lucia inMarigot Bay, Castries, Saint Lucia.

The Capella at Marigot Bay Hotel is regarded as one of the most luxurious and fashionable hotels in the Caribbean. This exclusive contemporary boutique hotel is set on the beautiful and enchanting island of St. Lucia and is located alongside the picturesque Marigot Bay. The hotel includes fifty-six spacious suites most with their own private Jacuzzi pools and 66 deluxe rooms with spacious balconies and extensive views across the bay and lush tropical gardens. The hotel provides its guests with every modern facility world class service and chic stylishly designed interiors. Rooms and suites are spacious and replete with unpretentious luxury while the world class Lapli Spa fitness centre harbor-side bars fine dining and casual dining restaurants ensure the ultimate holiday experience. Guests can choose from the sensational Penthouse Suites Bay View and Resort View rooms and with its internationally renowned Marina Marigot Bay is truly a luxurious and sought after destination. 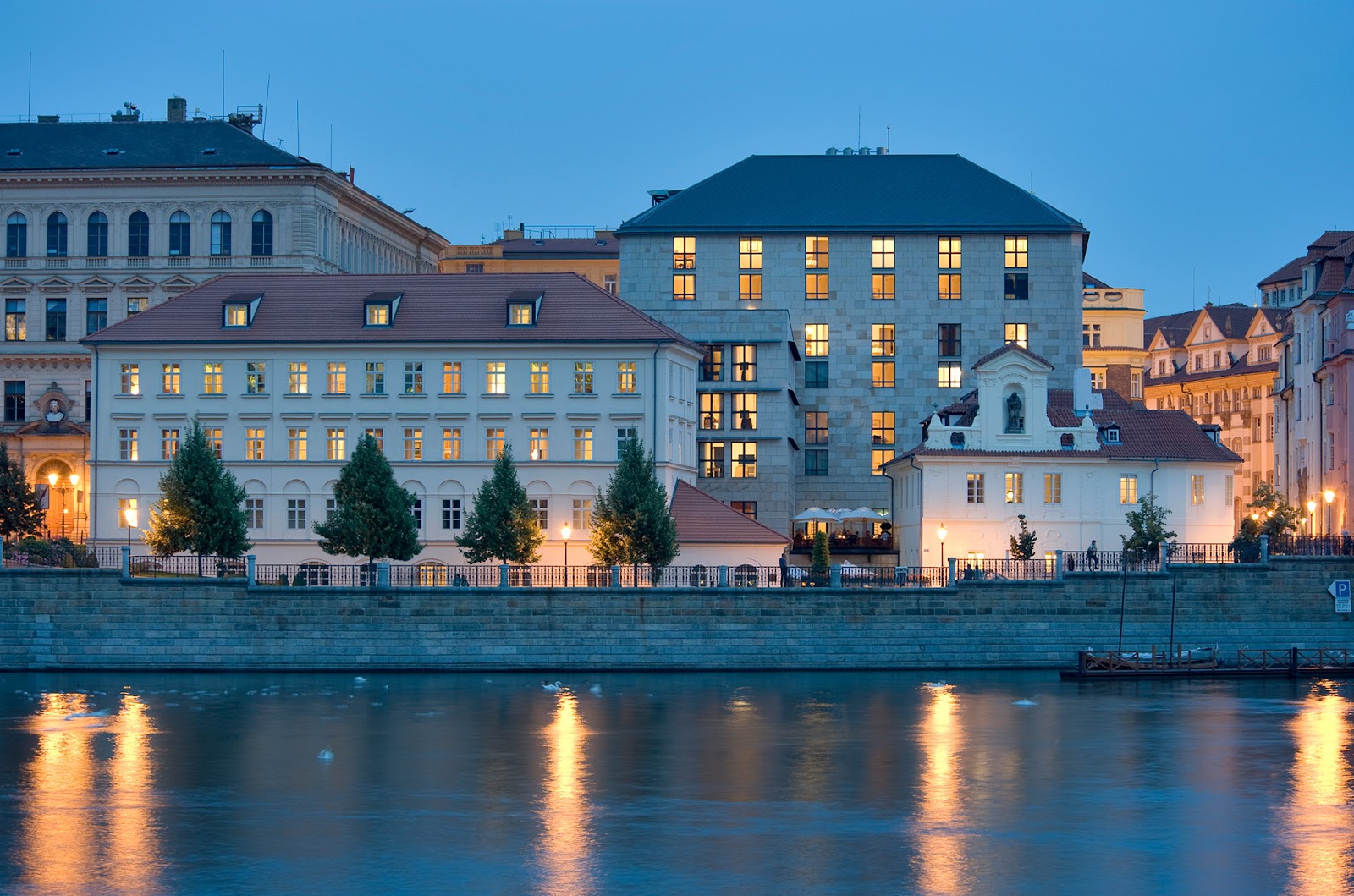 You should be at the Four Seasons Prague, inPrague, Czech Republic.

On the banks of the Vltava river, Four Seasons Hotel Prague brings its outstanding service and comfort to this elegant jewel in Central Europe. All 161 guest rooms, including 20 suites, were only recently renovated and they are among the largest and most spacious in the whole city. Some offer breathtaking views of the Prague Castle and Charles Bridge while others have lovely views of the historical buildings in the neighbourhood.

The stylish new restaurant, bar and lounge CottoCrudo brought a new dining and lounge concept to the city. Located by the river, the chic urban setting showcases traditional and authentic Italian dishes with a modern touch. The Health Club includes several private treatment rooms where guests can enjoy a variety of massages and luxurious facial treatments. 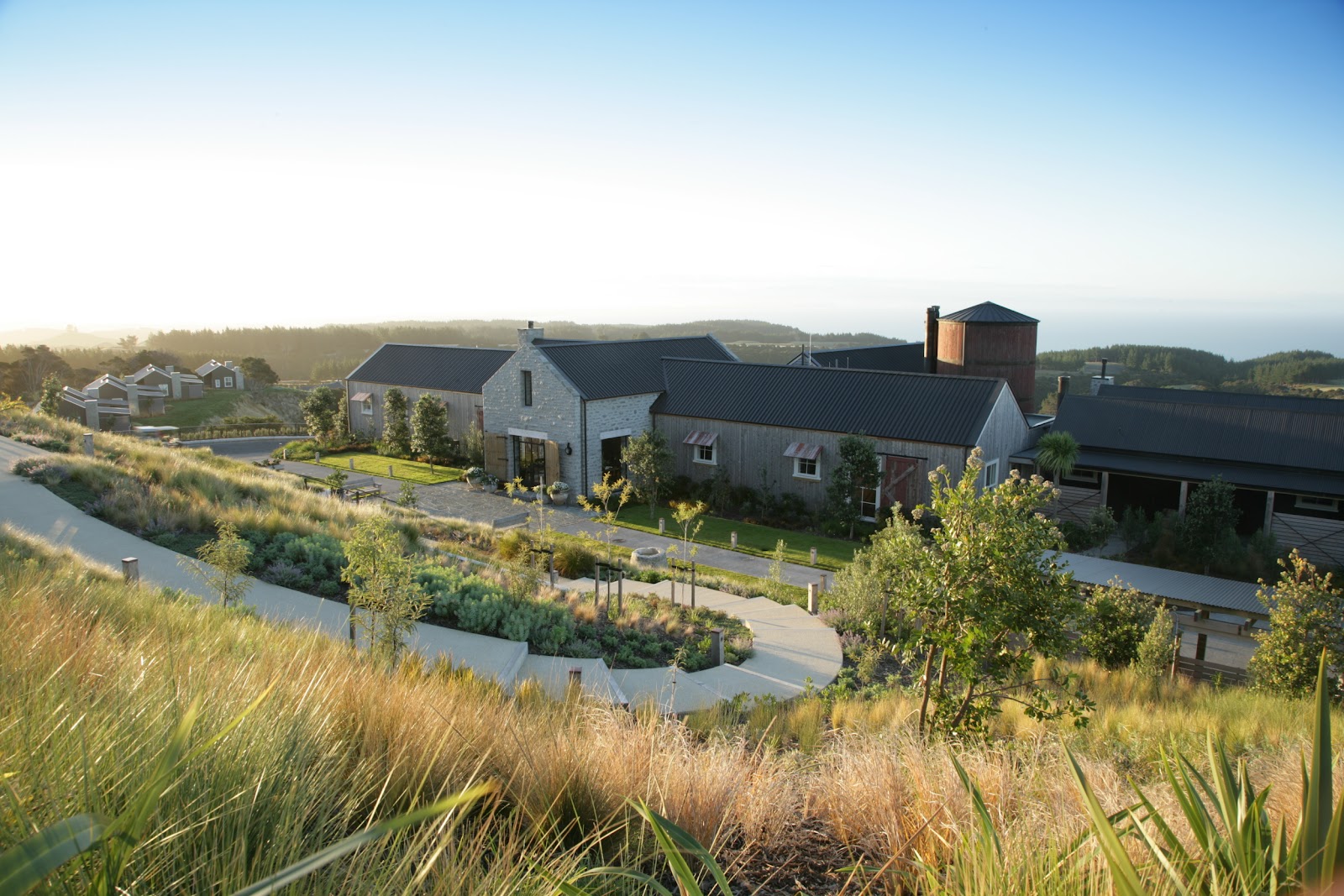 You should be at The Farm At Cape Kidnappers, in Te Awanga, New Zealand, for your zodiac sign.

Set amidst 6,000 acres of untouched natural wilderness in New Zealand, Cape Kidnappers is an outdoorsman’s paradise.  But with luxurious accommodations, a wealth of nearby vineyards, the world’s 27th best golf course, and an on-site spa, you certainly won’t have to ‘rough it’ while you’re staying at this destination, the quintessential blend of rustic splendor and sophistication. 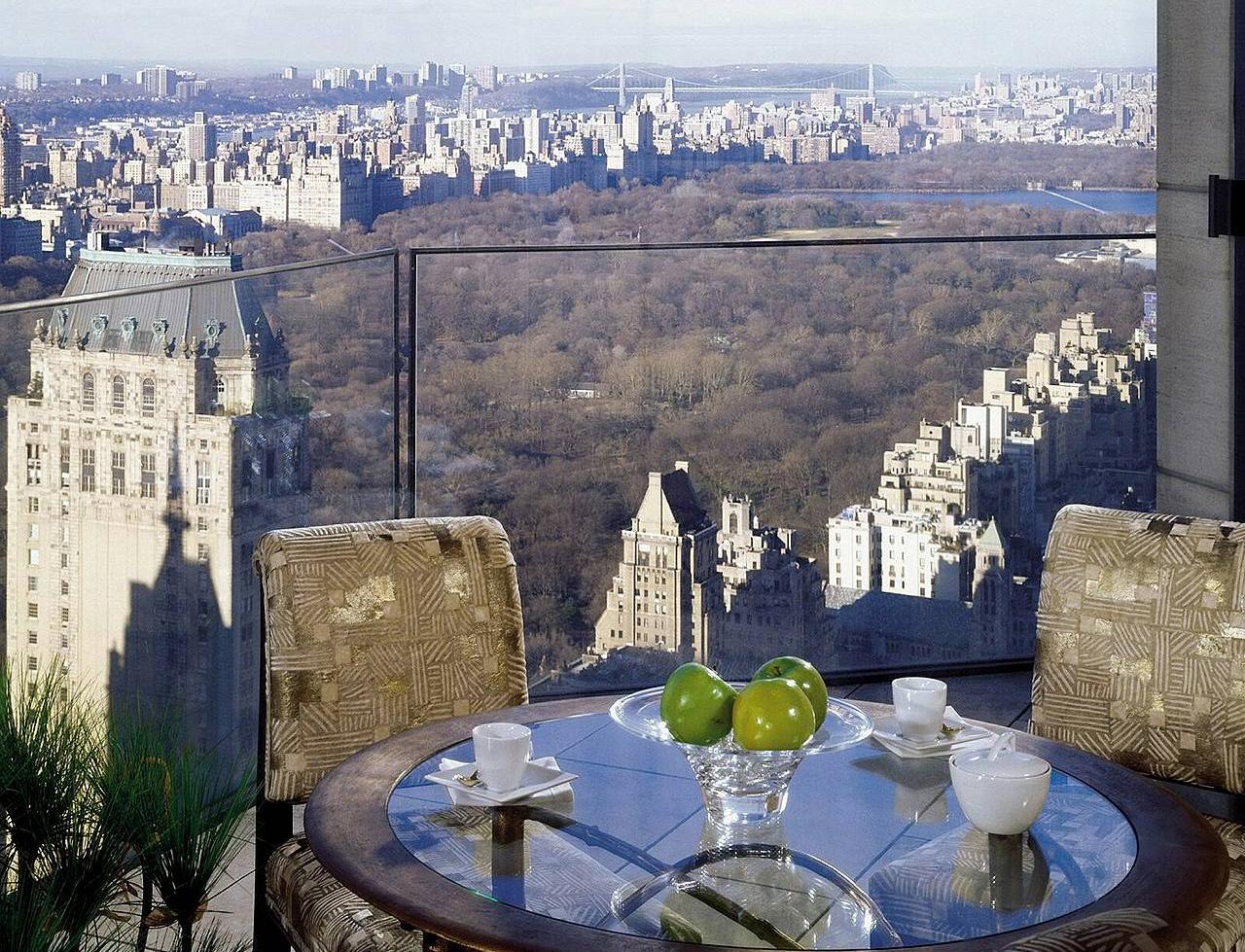 You should be at the Four Seasons New York, in New York City, for your zodiac sign.

The Four Seasons New York is the most iconic hotel in Manhattan. It is a modern day palace in the sky that is unique in so many ways that it is difficult to think of what hotel in the city compares.  If your taste runs to sleek and contemporary look no further.

When Four Seasons New York was built in 1993 the hotel incurred the highest construction cost per room of any hotel in the world. It was predicted that its owners would never recoup their investment.  Designed by famed architect I.M. Pei, this sheer 52-story midblock tower of creamy limestone rises in a series of setbacks atop a four-story base that extends from 57th to 58th streets. 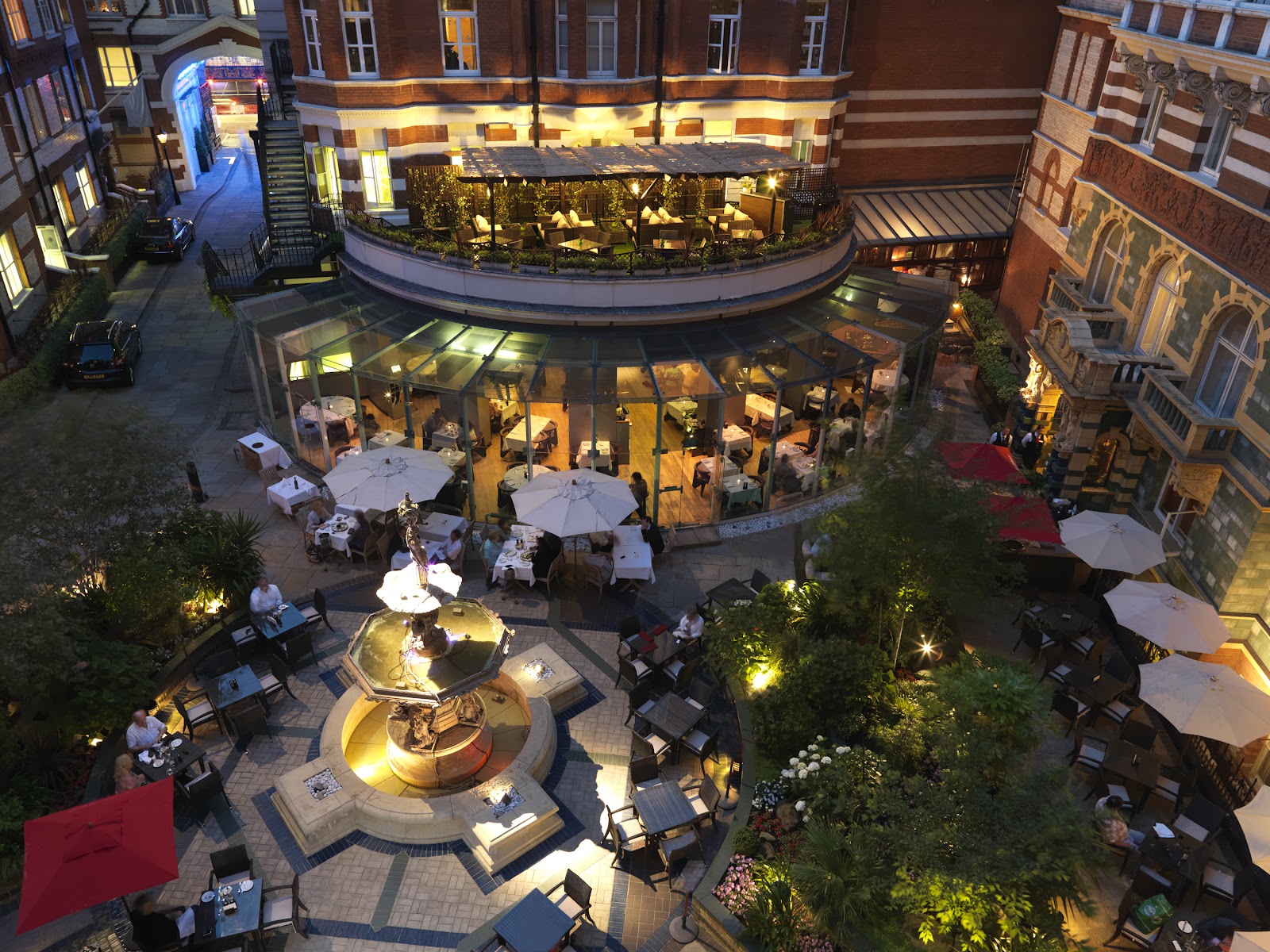 You should be at 51 Buckingham Gate Taj London, in London, United Kingdom.

If you want to be close to Buckingham Palace and feel like you live in London then 51 Buckingham Gate is for you. The seven story hotel has a residential feel, is 300 meters from the Palace, and close to St. James Park. It is also close to Westminster Abbey, Big Ben, the Houses of Parliament and an hour’s drive from Heathrow airport.

51 Buckingham Gate is truly a home away from home experience for the discerning traveler and perfect for families with children’s amenities as well as five star service throughout. 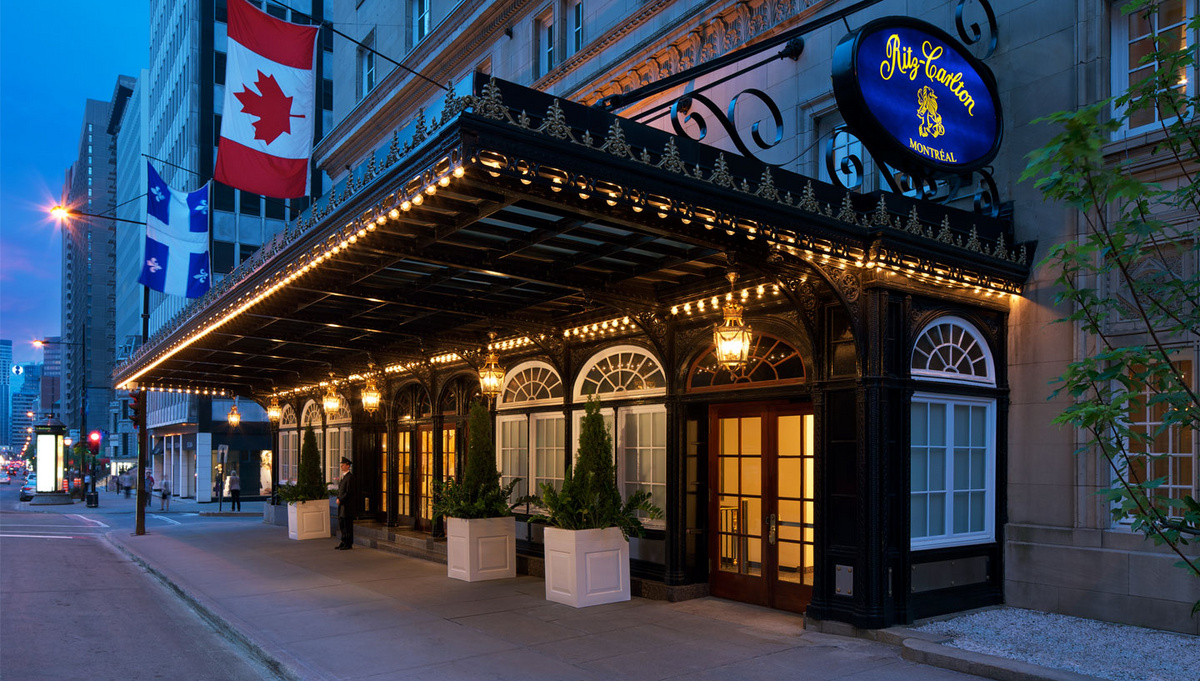 You should be at the Ritz Carlton in Montreal, Canada, for your zodiac sign.

The Ritz-Carlton Montreal has been the most elegant address in the city since its opening in 1912. The hotel’s 98 guest rooms and 31 suites feature the latest in high-tech amenities and have been redesigned with the utmost in luxury and comfort in mind. Details from the original 1912 hotel abound to accentuate its seamless mixture of old and new. 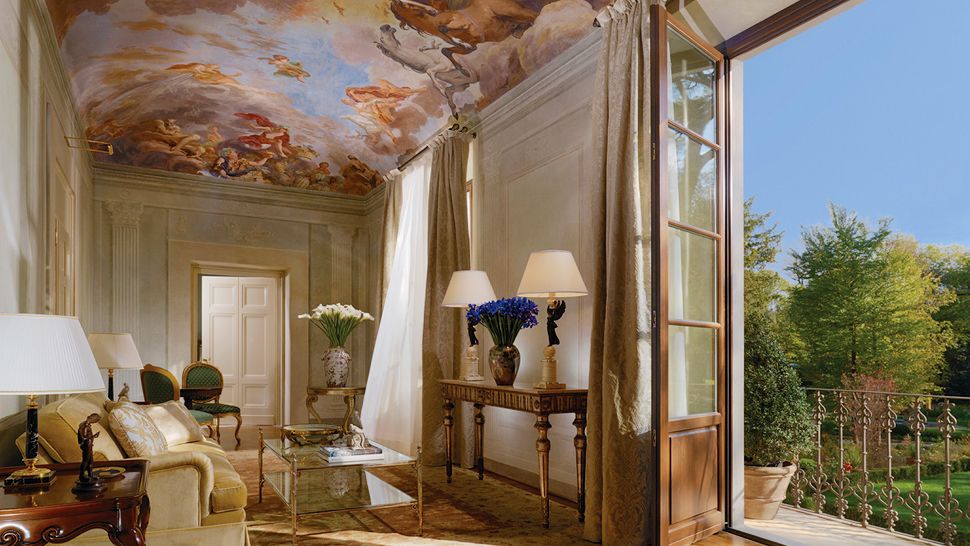 You should be at theFour Seasons Firenze, in Florence, Italy, for your zodiac sign.

The Four Seasons Firenze lies discreetly within 11 magnificent acres of winding paths, striking statuary, and ancient trees that put the Boboli Gardens to shame. This Four Seasons standout, classified as a City Resort, promises a lot and delivers more. Clearly a unique experience in the heart of Florence, the Four Seasons Firenze treats guests to a centuries-old Tuscan palazzo owned at different times by three historically significant families including the Medici, along with a similarly ancient structure that once housed a convent. Add the exclusive spa facilities and incomparably lovely grounds with their extensive offerings, and guests can lose themselves in Renaissance history without sacrificing contemporary Italian flair and cutting-edge technology.

The Resort at Pelican Hill sits on 504 prime California acres of sun-drenched hillsides and overlooks the Pacific Ocean.  It was inspired by the Italian Renaissance architect Andrea Palladio but is pure southern California in the best way possible.

Every one-story bungalow or bungalow suite features a limestone fireplace, private ocean-view terrace, hand-hewn wood beam ceiling, marble bath and adjacent parking.  All range in size from 847 to 1694 square feet. The villas are even more exclusive. Set in a gated enclave they offer a private clubhouse and pool as well as a dedicated staff including butler service. They range from 2000 sq. ft. to 3073 sq. ft. and are 2, 3 & 4 bedrooms with expansive ocean view terraces.