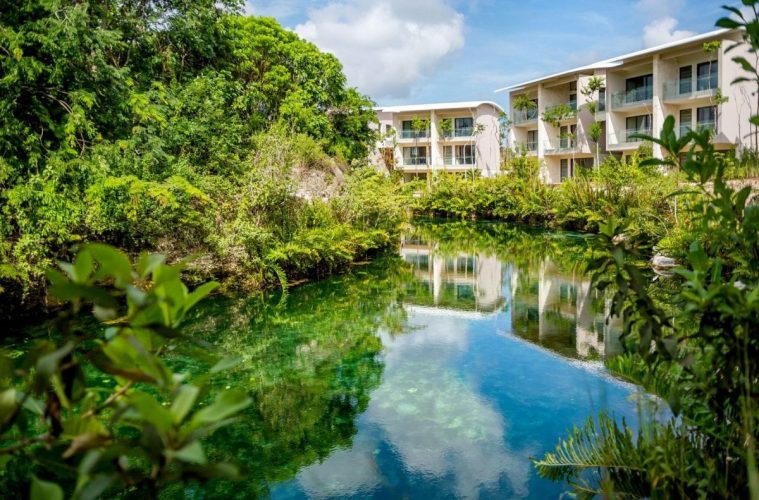 Every day it is becoming increasingly clear that we need to be doing more to protect the species that share this planet with us. Some scientists believe that at the rate we are heading, up to half of all currently existing plant and animal life may become extinct by as early as 2100. That is a really scary sentence to read.

Did you know there are ways you can help some of these species that are currently most at risk of extinction just by going on a vacation?  Some hotels, or what is known as eco-resorts, offer you a chance to get close with endangered species while helping to fund conservation efforts directly.

They are only one of the species you’d be likely to see on your stay at the Gaia Hotel and Nature Reserve in Costa Rica. The hotel is in the heart of the rainforest and offers beautiful views and luxury amenities as well as close encounters with some of the most interesting creatures you will ever see.

Giraffe Manor is a special place where you can see, up close and personal, one of the most endangered subspecies of an animal on our planet. In 2016 it was estimated that the Rothschild giraffe has less than 2000 animals left in the wild. At Giraffe Manor you will get a chance to interact with some of them as they visit during breakfast and dinner.

The hotel itself is on a gorgeous property surrounded by forest. The building was built in the 1930s and has kept its iconic design ever since. If you are interested, they even offer opportunities to directly help with conservation efforts where you can help with the rehabilitation of a giraffe.

Imagine a place where you are surrounded by dense jungle, on the side of a volcano, surrounded by some of our closest cousins on the planet. That place is no mere fantasy, it is Bisate Lodge in Rwanda.

The land around the lodge is home to nearly 100 distinct species of mammals. These include the endangered golden monkey and the majestic mountain gorilla. You can even head off on a guided hiking excursion and try to catch a peek at some of the inhabitants of the forest. Even if you miss the gorillas you still may get a chance to see some of the native birds that inhabit the jungle like the Albertine owlet and the red-faced barbet.

So remember, the next time you plan on taking a vacation there are many ways that you can spend your money ethically while helping to save and improve the lives of the animal neighbors we share the earth with.