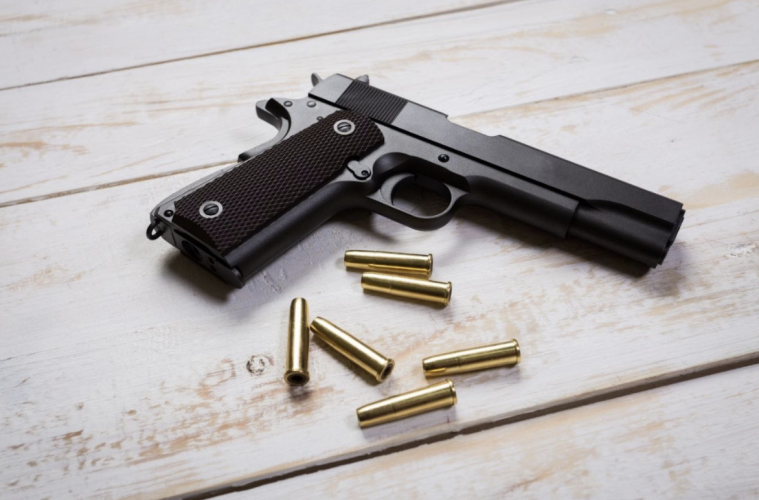 Rifle, Revolver or Pistol: The Battle of the Firearms

Around 48% of gun owners say that they own a gun for self-defense. 32% say they use it for hunting, while the rest have various reasons, ranging from sport shooting to gun collecting.

Whatever it is, it’s important in deciding what gun to get. Some are better for self-defense, while others are good only for hunting.

When choosing between a rifle, revolver or pistol, identify first your reason for buying a gun.

Then, keep on reading below to see the pros and cons of each one.

Manufacturers make more pistols than either rifles or revolvers, speaking to their popularity among gun owners. Why are they more popular? Find out its advantages and disadvantages below.

Pistols often have a higher magazine capacity – as much as three times the size of a revolver’s. This is helpful in that you don’t have to reload as much, which means fewer interruptions when shooting.

When a pistol jams, you can clear it in seconds. On the contrary, when a revolver binds, you may not be able to clear it as easily.

The safety is also one of the biggest advantages of a pistol. It won’t fire when dropped or even when triggered as long as the safety is on.

They’re lightweight and concealable. You can carry them everywhere they’re allowed, and they’re easy to fire when the need arises.

Pistols are all about accessibility, so they’re great for self-defense purposes. They’re quite affordable, too, so anyone can have a pistol.

When comparing a revolver vs pistol, you’ll see that the latter has more moving parts. They’re much more complicated, which leads to higher risks of mechanical failures.

Plus, the springs are heavier, so weaker users might find it hard to pull the trigger.

Although they have a bigger capacity than revolvers, they still have a shorter magazine than rifles. The possibility to run out of ammo is still there.

Because of the smaller grip surface, you also have less control. You can only use it for short-range, too, so it doesn’t work well for far-away targets.

You might be familiar with revolvers because of the wild west movies in Hollywood. They play the most important part of the game Russian Roulette, too. However, the advantages of a revolver are much more than that.

See below its pros and cons to see if it’s for you.

With revolvers, you don’t have to push some buttons or levers and manipulate the gun beyond pulling the trigger. It’s efficient – you don’t have anything to forget to do before firing (aside from putting bullets, of course).

This comes in handy when faced with a new, tense situation. Even the experienced gun owners might forget to take the safety off, for instance. The heavy trigger can also be an advantage in this situation as you won’t be able to fire because of being jumpy.

Revolvers are pretty durable and reliable, as well. They’re not known for having frequent mechanical failures, and they can shoot a much wider range of ammunition.

Its most obvious con is that it has a slower reload time. After 5, 6, or even 7 shots, you have to reload the bullets one by one into the revolver.

Make sure to never drop a revolver, too. They’re much more prone to firing accidentally when dropped.

In general, they require more skills to fire accurately. The recoil isn’t something to write home about, either.

According to the same source earlier, rifles are the second most popular type of gun in the U.S. Around 62% of gun owners have at least one in their arsenal aside from a handgun. Find out if you need one for you, too, below.

Rifles are the best choice out of the three choices when it comes to accuracy. You can even hit a microwave oven-sized object over 1,200 yards away with the right equipment. You can go even further.

As such, they’re the right gun for hunting. You can pick a sweet spot and then wait for the game to come into view.

They’re pretty lethal, too, if you want a gun that offers results. You can engage with multiple targets using a rifle, too.

A rifle has around 30 rounds in a magazine, and it’s easy to reload. If you want better specs, you can always modify and upgrade its parts.

These make rifles not only good for hunting but for home defense, as well.

If you’re looking to buy a gun for self-defense, a rifle isn’t exactly the kind that can protect you. For one, you can’t bring it everywhere with you. You can tuck it under your jacket or hide it in your bag.

Aside from its size, they’re heavier than your other options, too. They have more parts to maintain, so there are more risks for failure.

If you happen to only have a rifle and you need protection, it’s not quick to point and fire. It’s not easy to maneuver with a rifle in tight spaces, as well.

Furthermore, attackers can disarm you more easily if you’re holding a rifle because of the barrel size.

Which Should You Choose: Rifle, Revolver or Pistol?

A rifle, revolver, or pistol has distinct advantages and disadvantages over the other. It all boils down to what you need the gun for.

You should also consider your preferences. Which one do you think you handle better? Going to a gun store to find out may be worth it. After all, a gun won’t do anything if you don’t know how to handle it. It may also become more dangerous if you handle it incorrectly.

You may also have to check your local gun and ammo laws to make sure you won’t run into some legal trouble carrying your preferred gun.

Find the Right Gun for You

After considering whether you want a rifle, revolver or pistol, you then have to find the right model. This is a whole other topic, so it’s best to research the different options to find the right gun for you.

The good news is we’re here to help. Feel free to read more of our guides regarding firearms to learn all the tips you need when looking around.