THE 10 MOST BEAUTIFUL BOLLYWOOD CELEBRITIES EVER.

Bollywood, also referred to as Hindi cinema, is often mistaken as being the entire Indian cinema, though it is only part of the Indian film industry. Step aside Hollywood. Bollywood just happens to be a part of the largest film production in the world.  Bollywood is such a powerful industry, no wonder they produce such show stopping, influential, women in the film industry. Take  a look at some of the most beautiful women of Bollywood.

Not only is she the daughter of actor and producer, Anil Kapoor, but this bold, Bollywood beauty is confident and gives you positive vibes. Having done a number of films in Indian cinema, Sonam has captured the attention of many fans all over;  fashion designer Tommy Hilfiger, being one. This fashionista is known for being honest, which is compatible with her bold, beautiful, classy, fierce fashion sense. Sonam is a model of empowerment for women, demonstrating this through her work and voice.  When choosing her roles, she’s not considering winning awards. She believes society needs a change, which will result in a change in the film industry for women and their voices. Sonam is interested in inspiring youth, but don’t confuse her approach with those who are diplomatic. Don’t be surprised if you catch her auctioning her fabulous wardrobe for charity either. This beauty made her debut in entertainment as a child artist and landing her first adult role at the age of thirteen. With a career reaching as far back as 1967, we can say Sridevi is loved in the Bollywood industry. She is an innovator in her own right, known as the first female superstar of Indian cinema. Even though she is recognized as one of the best in Indian cinema, Sridevi has also stepped into her creative heels and introduced us to a separate passion: painting. Her art pieces have been auctioned for charitable causes. She can be spotted fashionably attending events such as the Golden Peacock Charity Show and the Save the Children India Foundation exhibition. She catches eyes rocking her elegant and mature style with a taste that says fun.

This Dream Girl is THE iconic, power woman. She is not only an actress but a producer, Bharata Natyam choreographer and dancer, and has danced her way to being a politician as well. She is well known for her Hindi films and also remembered as a trendsetter being one of the first actresses to wear bell bottoms and shirts in Hindi movies. Hema likes to keep it classy, and she even struts it in her personal life; she promised, at one point, not to wear clothes that are too revealing in public. Talk about being a fashionista innovator; her work even extends through her charitable outreach. What says beauty like adopting Raval Village in Uttar Pradesh, which symbolizes women’s empowerment?

She is Bollywood’s most inspirational, female icon and was a popular diva during the 80’s and 90’s. Madhuri was presented Most Inspirational Bollywood Icon at the 3rd Annual Bradford Inspirational Women’s Award in the UK. This lovely actress was first to attain this honor. This stunning lady stays glamorous as she supports charities like Sotheby, Goodwill, and Emeralds for Elephants. Wanting to keep in touch and connected with her fans, she has created an online profile. How awesome is that? This actress and producer is a beauty within the Bollywood industry. She is co-owner of Born Free Entertainment production house. But let’s not stop there. Dia is also a model and was crowned Miss Asia Pacific back in 2000. By the way, did I mention she was the first Indian candidate to win this title in 29 years? Watch out because there’s no stopping her flow.  Activist can be another title to add to Dia’s list, as if she wasn’t carrying enough titles in her purse already. Dia has actively supported and addressed social issues and numerous campaigns. She is involved in the Cancer Patients Aid Association, PETA, Child Rights and You, and the Coca Cola Foundation just to name a few. Don’t forget that this amazing woman likes to step out looking fabulous rocking a chic and charming look, switching it up a bit giving us a little traditional and modern. You can catch her in picture-perfect fashion.

She is known as “The Tragedy Queen” for playing tragic, dramatic, sorrowful roles.  Her career has stretched to over 30 years, having starred in over 90 films which are now considered classics. She is recognized as one of the most outstanding actresses to appear in Hindi Cinema. She wasn’t the first actress to win the Filmfair Best Actress Award in 1953 for no reason.  Meena’s beauty flowed through her acting and her poetry.Her work is praised by many and is cited by literary and media sources. Catch her in Baiju Bawra (1952), Parineeta (1953), and Sharad (1957), just to name a few of her hits.

Uh-oh, look out. We have another pageant beauty on our hands. Aishwarya won Miss World in 1994. After being so successful in the Bollywood film industry. Make way because she is coming through. She is considered as one of the most popular and high-profile stars in India, and the media calls has titled her the most beautiful woman in the world.  Aishwarya serves as an representative for a handful of charities and campaigns. She, too, is a ambassador of Goodwill for the Joint United Nations Program on HIV/AIDS. She was selected spokesperson for the International Year of Microcredit, and she is also an ambassador for The Eye Bank Association. That’s only a sip of what’s in her tea. Aishwarya also likes to keep it class, elegant, and bold when it comes to her fashion. Pretty girls do rock. 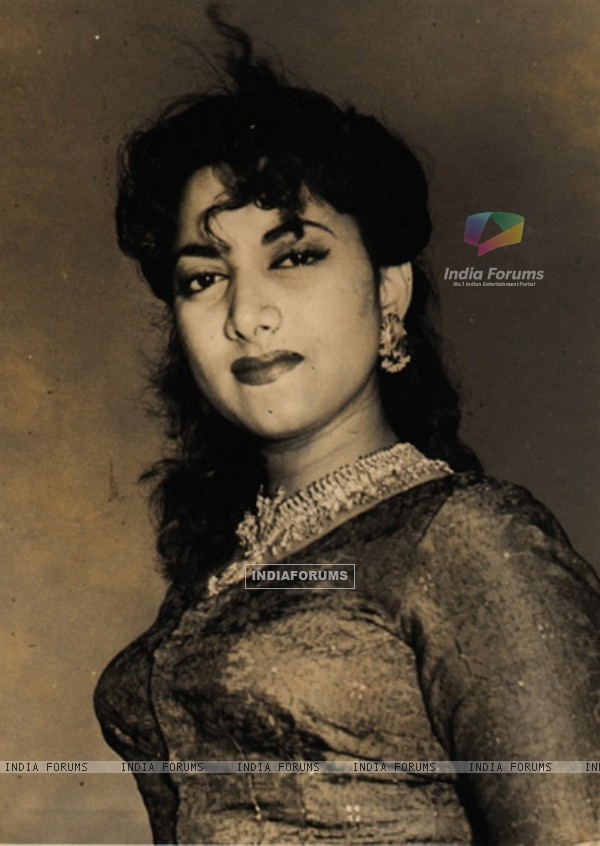 In the 40’s and 50’s, Suraiya was a well known singer and actress. She was so popular she was given the name “The Queen of Melody.” Her debut on the screen came as a child, taking on a role in Usne Kya Socha (1937). Suraiya later stepped into adult roles in the 1943 film Ishara. Now she never strayed too far from her singing either. Even though she wasn’t a trained songstress, she still gave us all she had. She started her singing career as a playback singer and sang songs for her movies as a child actress; she even sang her own original songs. Later in May of 2013, in honor of Suraiya,the Indian Post released a stamp, graced with her image.

Indian actress, Kajol, dropped out of school to go after that stardom that was meant for her. She became successful from her leading roles in movie hits such as Dilwale Dulhania Le Jayenge (1995) and Kuch Kuch Hota Hai (1998). From then, there was no stopping her. Kajol is also a social activist and is recognized for her work with widows and children. Due to these efforts, in 2008, she received the Karmaveer Puraskaar. In 2011, the Indian government presented her with the fourth highest civilian award in the country, the Padma Shri. Kajol has evolved into a Bollywood fashionista with her tasteful style.

Madhubala is a Bollywood actress with a career stretching from the 40’s through the 50’s. Being one of the most inspiring personalities in Hindi cinema, she’s also considered one of the most beautiful actresses to work in the industry.  With her mysterious screen presence and alluring looks, she still manages to capture the attention of many, especially men. Madhubala was one of the most desired actresses of her time.