THE RICHEST OF THE RICH: BLOOMBERG’S TOP 10 TECH BILLIONAIRES.

Some of the biggest names in the tech industry are found on Bloomberg’s list of wealthiest tech billionaire. Some continue to make headlines in the news today, while others have less notoriety.

Within the past few months, a few tech tycoons have rocketed up the standings, surpassing even Michael Dell and the co-founders of Google.

So who are the wealthiest of the wealthy in the tech industry? Here are the top 10 billionaire.

The 49-year-old Houston native is the founder and CEO of Dell, the third largest hardware manufacturer in the world.

Dell attended the University of Texas at Austin in 1984, where he studied biology, intending to become a doctor. He sold upgraded computers both on and off campus from his freshman dorm. Four years later, he sold shares in a public offering and was worth more than $1 billion in 1996.

He stepped down as company CEO in 2004 before the company clamored for his return in 2007.

The 42-year-old Chinese billionaire is the founder and chairman of Tecent Holdings, the largest Internet company in China. 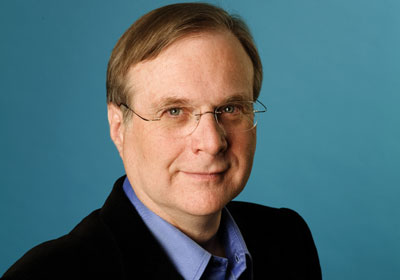 Paul Allen co-founded Microsoft with Bill Gates in 1975. The two were friends from high school.

In 1974, Allen dropped out of Washington State University. He moved to Boston to work with Gates on an operating system for a new computer from a separate company. Gates was attending Harvard at the time and dropped out soon after. The project led to the birth of Microsoft.

The 61-year-old Seattle native left Microsoft in 198, selling most of his 28 percent stake in the company and leaving him with 2 percent.

Allen founded Vulcan Capital in 1986 to handle his investments. Today he is the owner of the Portland Trail Blazers of the NBA and the Seattle Seahawks of the NFL.

Steve Ballmer was the CEO of Microsoft, the largest software company in the world, from January 2000 to February 2014.

The 58-year-old Michigan native started with the company in 1980 when he was hand-selected by co-founder and CEO Bill Gates to be Microsoft’s first business manager. Ballmer dropped out of Stanford Graduate School of Business to take the position and was just the 30th employee of the company.

Ballmer knew Gates from their undergrad days together at Harvard, where the two sophomores lived down the hall from each other.

Ballmer is now the owner of the Los Angeles Clippers of the NBA, after officially buying the team for a record $2 billion. He just this week.

Jeff Bezos, 50, started Amazon in 1994, which today is the world’s largest online retailer.

After graduating from Princeton in 1986 with a Bachelor of Science in Engineering, the New Mexico native worked on Wall Street as a computer engineer. He started Amazon at first to sell books online.

After taking the company public in 1997, Amazon’s stock rocketed up, giving Bezos a personal fortune of $12 billion.

In the past 20 years, Amazon has expanded its offerings from just books to a wide variety of clothes, tech gadgets appliances and more. Amazon is better known for its line of Kindle e-readers, and recently unveiled the Amazon Fire Phone, which Bezos hopes will compete with.

Sergey Brin co-founded Google while at Stanford University, where he was working towards his Ph.D. in computer science.

The 41-year-old Russian-American, came to the U.S. with his family at the age of 6. He graduated from the University of Maryland in 1993 with a bachelor in mathematics.

Brin met Larry Page during orientation at Stanford and they became good friends, roommates and eventually business partners. In 1998, they started a search engine in a friend’s garage that eventually was called Google. In 2004, they took the company public. Brin owns about 8 percent of Google today.

Along with Sergey Brin, Larry Page co-founded Google, while studying for his Ph.D. at Stanford. Today, Page is the CEO of Google, which handles more than 5 billion online searches a day across more than 30 trillion Web pages. Google is also the maker of the Android operating system, which is installed in more than a half-billion mobile devices worldwide.

Page, 41, is a native of East Lansing, Mich., and received a Bachelor of Science in computer engineering from the University of Michigan. His father, Carl Page, was a computer science professor at Michigan State University.

Google’s annual revenue is estimated at $40 billion. Today, Page owns about 7 percent of the company.

Mark Zuckerberg is the co-founder and CEO of the biggest social networking company in the world.

The 30-year-old native of White Plains, N.Y., is one of five co-founders Facebook, which they started in their dorm rooms at Harvard University in 2004. Four years later at 23 years old with $1.5 billion, Forbes crowned Zuckerberg the youngest-ever self-made billionaire.

Today, Facebook has 1.3 billion monthly users and had $7.9 billion in revenue last year, according to Bloomberg.

The 70-year-old Manhattan native is one of three co-founders and largest shareholder of Oracle, the largest database company in the world. Ellison owns 25 percent of the company and owns major real-estate property in Hawaii and California.

Ellison dropped out of the University of Illinois after two years and the University of Chicago after one term before taking a computer programming position with Ampex in Redwood City, Calif.. There, he worked on a database called Oracle for the CIA.

In 1977, Ellsionand two partners founded the company that later became Oracle. The three of them invested $2,000 into the company, but $1,200 of it was his own money. They took the company public in 1986, and today, Ellison is the seventh wealthiest person in the world, according to Bloomberg.

The 58-year-old native of Seattle is the co-founder and now the technology adviser at Microsoft, the largest software maker in the world.

Gates is the richest man on the planet, according to Bloomberg, which reported Gates has just a 4 percent stake in Microsoft, which is only a fifth of his total wealth. The majority of his fortune is in Cascade Investment, which has stakes in more than three dozen companies.

Gates was attending Harvard University before he left in 1975 to help his friend, Paul Allen, develop an operating system for a new computer made by Micro Instrumentation and Telemetry Systems. The two started Microsoft together and released Windows to consumer markets in 1985. One year later, Gates was a billionaire.