5 INCREDIBLE PLACES YOU NEED TO VISIT BEFORE YOU DIE.

There is so much of the world to explore, that unfortunately none of us have time to see it all. But we can try our best to travel as much as possible to see and experience new things. Although it would be impossible to list all the places that people say are incredible, there are many that come up again and again. It seems that every country has its breathtaking sights. However, some have destinations that are more popular than others. If you’re looking for a view that will take your breath away, here are five of the world’s gems that you shouldn’t miss.

The colors that nature produces on its own are often incredible. Though we may often see lots of greens and browns in our own neighborhoods, once you start exploring you see a whole rainbow of hues. This landform in China looks like someone has painted it with oil pastels to create the reds, yellows and oranges of the rock. A Danxia landform is a particular type of landscape unique to China, formed with red sandstones. Although you find them elsewhere in the country, this one in particular is popular with tourists. The wider Gansu province is a beautiful place to explore, whether you’re looking for culture, food or geography.

You can see the Niagara Falls from either the USA or Canada. Some say that the Canadian side is the best place to view them, while others argue America. Whichever view is best, you’ll get a breathtaking sight no matter which side you’re on. However, if you choose Canada, you will be able to see the falls directly from your hotel. These three incredible waterfalls are one of the most popular attractions in both the US and Canada, and it’s easy to see why. Their natural beauty is a sight to behold, so it’s no wonder they’ve inspired so many painters, writers and musicians alike. In America, you can see the falls on walkways, from an observation deck, by trolley or by boat. In Canada, there are platforms, views from two towers, and a cable car

The salt flat at Salar de Uyuni is the largest in the world. It can appear to go forever as you stand on it and look toward the horizon. The reflection from the surface can blur the land and sky, making it difficult to tell where one ends, and one begins. People often like to visit as part of a tour of Bolivia, but that doesn’t mean it isn’t stunning enough to hold your attention. In the dry season, the salt is entirely exposed, but it’s covered with a thin layer of water when it’s wet. No matter the season, you can still drive over the flats, and tourists usually arrive as part of a jeep tour. 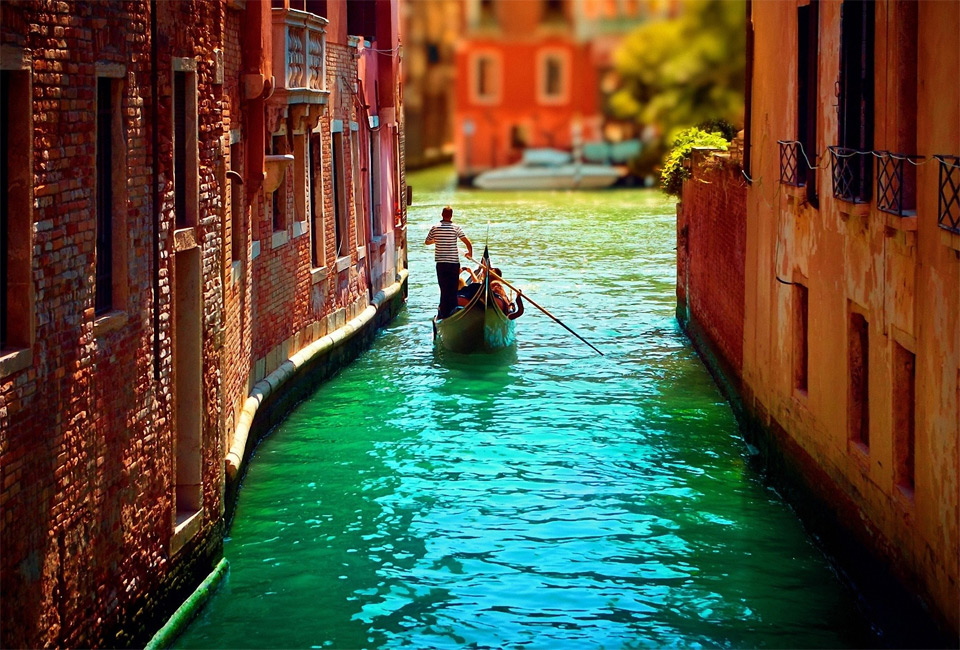 Not all breathtaking places are entirely natural. Some of the most famous places in Europe are manmade and often have been influenced by many cultures. Venice is one of the most well-known places in Italy, next to Rome. People know it for its canals, and the gondolas you see on them. But there’s much more to Venice than the water. You will see charming and beautiful houses and other buildings, painted in white and Mediterranean pastels. There’s a lot of history in the town, and it’s evident  as you tour its streets and canals. It’s an incredible place to see on a day trip or an extended vacation.

The Great Barrier Reef is widely recognized as one of the best places in the world for snorkelling and diving. At 2,300km long, it’s made of over 600 types of coral and is home to a truly impressive number of marine species. Among them are over 100 types of jellyfish, more than 3000 mollusc species and 1625 types of fish. There are also 133 shark and ray species, and more than 30 varieties of whale and dolphin. It’s no wonder that this spectacular natural phenomenon, which can be seen from space, is often listed as one of the best places in the world. Even those who don’t dive can take a trip to swim and snorkel around the area and create one of the most memorable experiences of their lives.

There are many more incredible places to see across the world, but these five should definitely go on your bucket list. You can see all of them in style and comfort, either as your main trip or part of a longer tour.