HIGHLIGHTS FROM THE 2016 BREEDERS’ CUP.

On Saturday, November 5, 2016, the Breeders’ Cup returned to Santa Anita Park for its 33rd running of the Breeders’ Cup World Championships. This year marks a record ninth time that Santa Anita will host the Breeders’ Cup, one of Thoroughbred racing’s most prestigious international events, consisting of 13 races and purses totaling $26 million over two days at one of the world’s most scenic racing venues. Swiss Watch Brand Longines proudly timed the event as the official partner and Timekeeper of this year’s Breeders’ Cup. 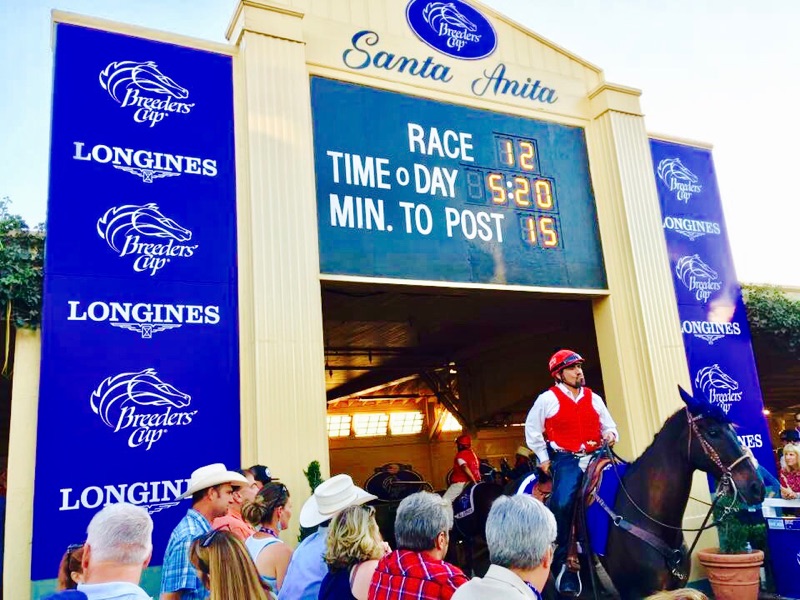 The Breeders’ Cup attracted new partners this year. Among them, Aston Martin became a first-year partner. They provided a special driving experience and tours of their 2017 DB11 Aston Martin, a pre-production car.

Allison Janney presented a trophy to Mike Smith at the Winner’s Circle at a race earlier in the day. In addition to the exhilarating races, Boyz II Men stole the show with soulful harmonies in front of a record-breaking crowd of 72,811.

This annual world-class event combines the finest Thoroughbred racing with an unparalleled lifestyle, culinary, and entertainment experience. In addition to the racing, award-winning chefs created unique food and beverage experiences for guests throughout the weekend. The Breeders’ Cup curates a unique shopping experience and social media experience for all guests and VIP ticket holders.

As Sentient Jet’s very own CEO and President, Andrew Collins mentioned, “[the Breeders’ Cup] is one of the most exciting events in the sport.” Sentient Jet joined on as the official private aviation partner for the 6th year in a row.