KENDALL JENNER IS THE NEW FACE OF MARC JACOBS.

Mega-stylist and Love magazine founder (and obvious Kendall supporter) Katie Grand shared the news on Instagram with a snap of the 19-year-old rocking a military-style outfit and a blunt chop similar to the one she sported on the runway last February.

Since walking in Jacobs’ show, there’s been quite a bit of debate as to whether Kendall would have ever broken into the fiercely competitive modeling industry if it weren’t for her famous family, and the mind-boggling amounts of press that comes with anything she and her clan are involved with. Sure, she’s tall and thin, but we all know it takes a lot more than that to conquer the catwalk the way Jenner has lately, walking in other top shows like Chanel and Givenchy, and also landing major campaigns. 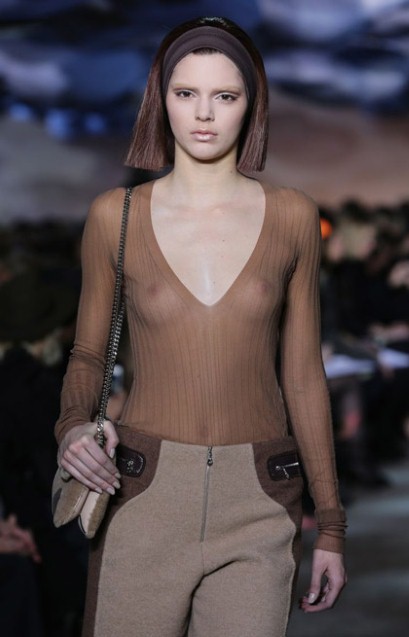 At first, we were skeptical—it seems a tad unfair that a tabloid magnet like Jenner became an industry superstar seemingly overnight while girls arguably more talented are getting bypassed—but then we remember we’re living in a world where reality TV and social media are producing major, major celebrities whose massive followings equate to big profits, so it’s hard to fault someone like Jacobs for wanting to cash in on that.

What do you think about Marc Jacobs choosing Kendall? Sound off below!