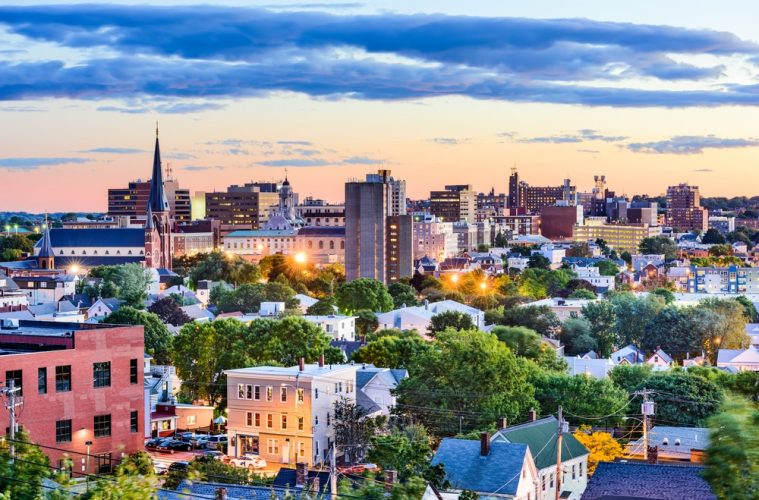 The Best of Portland: Downtown and The Pearl.

Portland is a magical land, albeit an unusual one. The City of Roses (or Rose City) is unique in that instead of trying to hide its weird culture and attractions, it actually takes pride in its own strangeness. When a city embraces its own oddities as strongly as Portland has, you’re bound to wind up with some interesting neighborhoods. Although each of Rose City’s neighborhoods has its own set of appeals, we’re going to discuss the two most lively neighborhoods in Portland. If you’re a tourist, a partier, or just a fan of the strange, you’d be more than happy Downtown or in the Pearl District. To figure out which one of these bustling neighborhoods is right for you and your crew, simply keep reading to find out what each has to offer!

Calling Downtown Portland a “neighborhood” is a bit misleading. When we imagine a neighborhood, typically we picture white picket fences, green lawns, and an abundance of matching houses. Downtown is bursting with business, restaurants, and entertainment of all kinds. Here are a couple of the coolest Downtown attractions.

Founded in the late 1800s, the Portland Art Museum is in the top 10 oldest museums in the United States. With age has come beauty. The Portland Art Museum features multiple engrossing exhibitions, usually addressing the difficult subject matter. The mission of the Portland Art Museum is “to engage diverse communities through art and film of enduring quality, and to collect, preserve, and educate for the enrichment of present and future generations.” Tours are free with the price of admission, so if you’re not sure exactly what that mission entails, sign up for a guided learning experience!

This awesome shopping destination manages to pack nine stores and restaurants into a tiny area. Portland prides itself on being diverse and different, and it’s clear that Union Way draws inspiration from Portland’s beliefs. Union Way is reminiscent of Paris streets, Scandinavian buildings, and Middle Eastern bazaars. Stop in at the Arcade to pick up some knickknacks, odds, and ends, souvenirs, or just a tasty meal! As an added bonus, Union Way connects Downtown to the Pearl District.

Rose City is famous for its delicious food. You can’t go wrong exploring and finding restaurants to try on your own. But for those who want a guaranteed delish meal, head on over to Tasty n Alder. This chic restaurant serves brunch all day, as well as cheese plates and steaks cooked to order. Really, what else do you need to know? Oh, and remember that the Portland food trucks are a staple of the city for good reason. You can get a restaurant-quality meal at dozens of Portland food trucks, so bring your big belt!

At this point, Powell’s is almost a household name. After all, it is the largest bookstore in the world! Powell’s isn’t quite as big as an actual city, of course, but it’s certainly vast enough to get lost in for hours on end. The store holds a seemingly infinite number of books covering every conceivable subject. This is easily one of the best Rose City destinations for families since the only thing you need to have fun at Powell’s is the ability to read. Heck, even if you don’t like reading, you can enjoy relaxing at Powell’s café with an espresso and a croissant. Don’t close out a Portland Adventure without stopping in at Powell’s City of Books.

Portland Center Stage at The Armory

Amazing performances distinguished directing, and stunning sets bring an estimated 160,000 visitors to The Armory every year. Portland Center Stage is the largest theater company in Portland, and it hosts a wide range of shows every year. From Broadway classics to the new subject matter, Portland Center Stage brings its A-game to every performance. Buy your tickets to an appealing show before you set out on your Portland trip!

Mind-bending. Body-stretching. Spirit-lifting. YoYo Yogi is a great lesser-known Pearl District destination for those who like to get some stretching in. Start your day off right with aligned chakras and flexible muscles. This charming yoga studio also offers meditation and hot yoga for the sauna fans!

Ultimately, choosing the “best” Portland neighborhood is just a matter of opinion. That said, Downtown and the Pearl District are two of the most thrilling Portland neighborhoods without question. You could easily fill up an entire vacation in just one of these incredible local spots, but for the best experience possible, we recommend checking out both. Just don’t be in such a hurry that you forget to stop and smell the Rose City flowers!