KLM has been the flag carrier service of the Netherlands since 1919 making this year it’s 100th anniversary. With the recent news that their partner Air France will be taking on all the new Airbus A350’s, which are said to have a very appealing business class product, we wanted to look into KLM’s 787 business product. We are joined today by travel expert Mina Jannsen from ADVIESJAGERS to guide us through their full business class service offering

KLM’s business product comes with SkyPriority service, meaning that you have dedicated check-in, extra baggage allowance, alongside priority boarding and priority security screening. You also have lounge access once you are airside. Upon landing at your destination, your bags are one of the first off the carousel

Jannsen flew on the 787 from Amsterdam to New York City and was surprised by the number of business class seats they managed to get into the cabin. The flight has 30 seats in business class taking on the reverse herringbone style. “I feel like more and more airlines are doing this in their new configurations to squeeze in more seats than normal in their business class product,” says Jannsen. 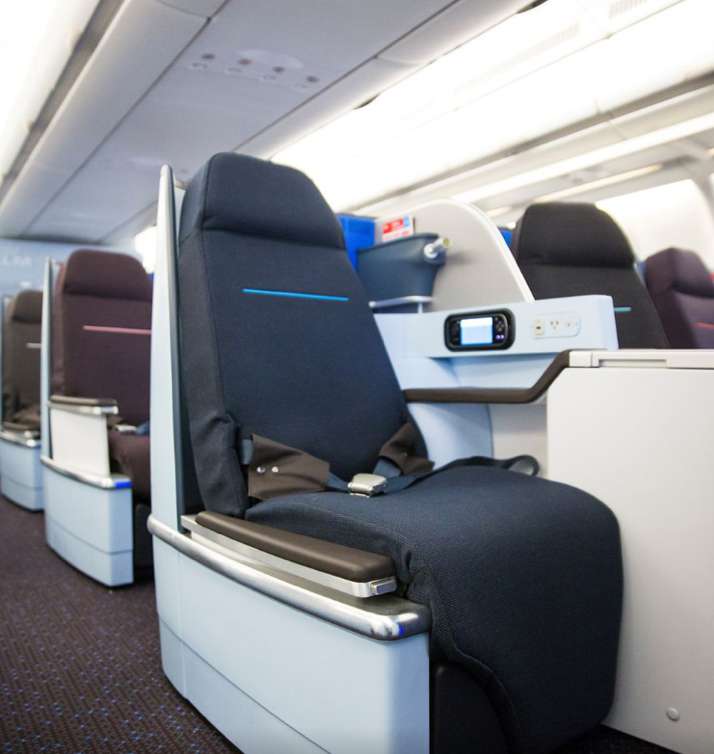 787 configurations are usually on the slim side and KLM was no different, but it was still better than business class in BA which is often criticized in the media (and for good reason). The configuration on the Dreamliner is 1-2-1 and all business class seats come with a fully lie flat bed which is great if you need some shuteye; I’d recommend it if you’re on a night flight.

The entertainment screen is large and the selection on board is very good. Each seat has its own power socket and a privacy screen in case you don’t want to chat with your neighbor or have work to do.