There are times when one needs a little R&R, but the thought of getting in the car and driving for hours on end to get to that fabulous destination for just an overnight stay can be a nothing short of defeating. Destination Luxury has the perfect solution for you: the urban stay-cation. No need to leave the confines of your city; call an Uber and head across town to one of these wonderful respites, that range from comfy to artsy. Here is our short list for early 2016.

The W Hotel epitomizes the urban stay-cation mantra – city experience, while somewhat removed. Due to its location South of Market, the W is a few steps outside the fray of Union Square, Fisherman’s Wharf and the Financial District without being too far removed. Trace, the hotel’s signature restaurant, maintains California dictate of organic, fusion cuisine, in a pristine setting (you have your choice of table or cozy booth).

The exterior of the W San Francisco.

Plus, the urban stay-cation hotel couldn’t be in a more prized position; come this May, the newly revamped Museum of Contemporary Art reopens after a two-year hiatus. Expect the W to become the new epicenter for pre and post art cocktails, where hipster chic meets art collector meets gallerist. 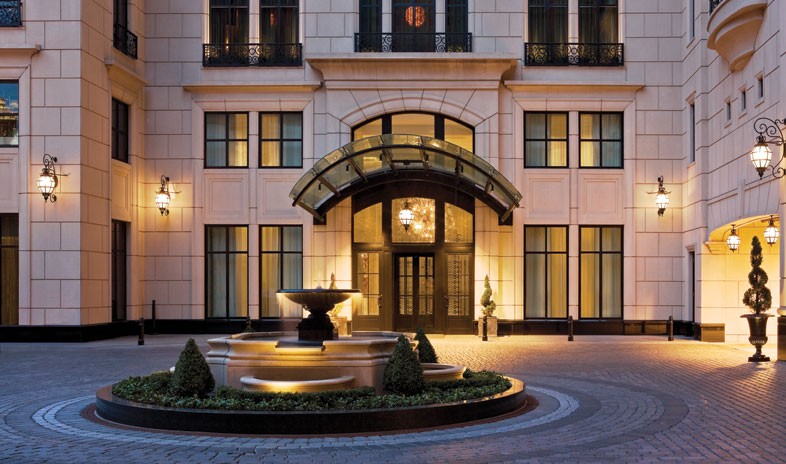 The entrance to the Waldorf Astoria Chicago

Seclusion is the first word that comes to mind when thinking about the Waldorf Astoria in Chicago. Rarely does one find a hotel – in a major urban hub like Chicago – that feels so removed from the city’s hustle and bustle. Complimented by it’s stunning design, the hotel is a feast for the eyes – feeling more Euro than U.S.

Interior of the Waldorf Astoria Chicago

The spa at the Mandarin Oriental

With its unparalleled modern elegance, the Mandarin Oriental, Boston in the place to stay in the city. Situated minutes from downtown in the enchanting Back Bay neighborhood — the Mandarin offers a perfect location to enjoy the restaurants lining Boylston and the shops that stretch down Newbury. The Spa offers an escape that leaves you feeling at peace and renewed with their holistic treatments.

Bar Boulud is located on the first floor of the Mandarin, and offers exquisite upscale dining throughout the day. When the lights come on in the city, the Bar turns into the place to be, with its signature hand crafted cocktails and gourmet fare. No matter what the season, The Mandarin gives you a reason to get away. 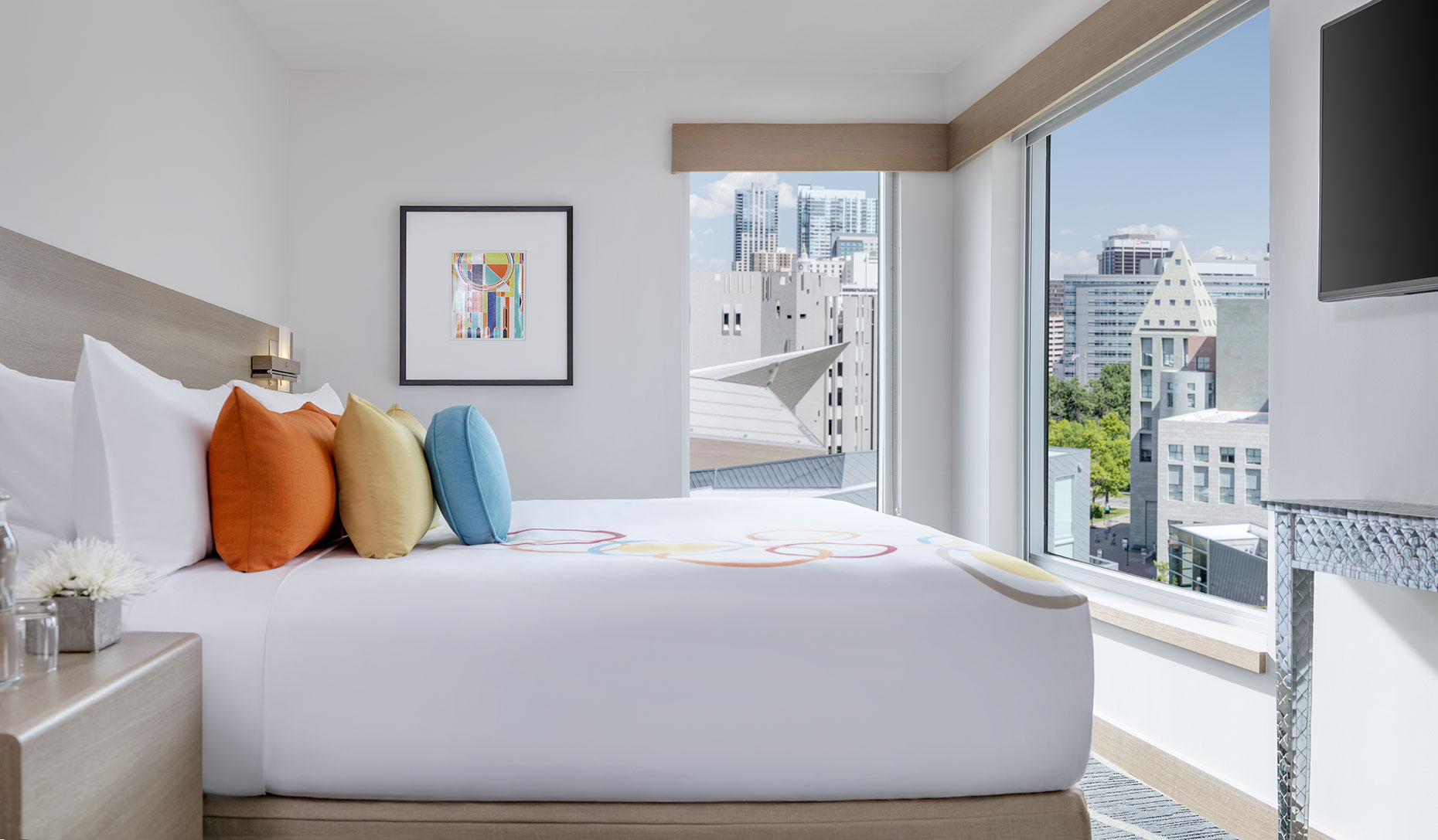 The Colorado Room at the Art Hotel, Denver

Is there another hotel where you could be surrounded by works from renowned contemporary artists such as Tracey Emin, Ed Ruscha and Larry Bell? Not likely, but at the Art Hotel in Denver, these world famous artists created site-specific works to engage and entrance while you enjoy your stay. The 165-room hotel stands adjacent to the Denver Art Museum, and every single room is like an individual art installation.

One of the bungalows at the Fairmont Hotel

While on the Westside of Los Angeles near the beach in Santa Monica, the Fairmont personifies all that is old Hollywood glamour times 100. From the pool to the revamped bungalows, the hotel is seeped in celebrity style. Sultry blonde Jean Harlow rented one of the Miramar’s bungalows in the early 1930s, and years later another famous blonde, Marilyn Monroe, frequently retreated to the Miramar when she wanted to disappear from the media. Throughout the years, the bungalows have attracted their share of public figures, including Eleanor Roosevelt and aviator Charles Lindbergh. 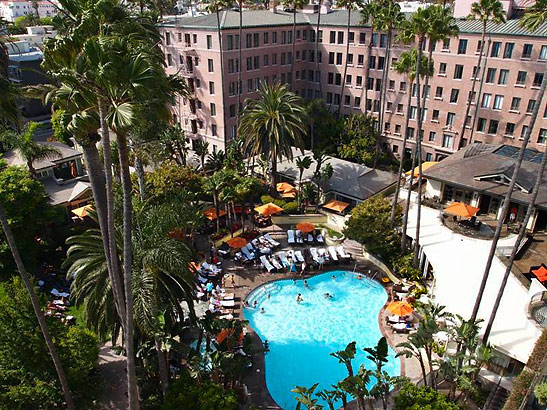 A view from above the Fairmont Hotel and Bungalows, Santa Monica

The Library Lounge at the Nomad Hotel 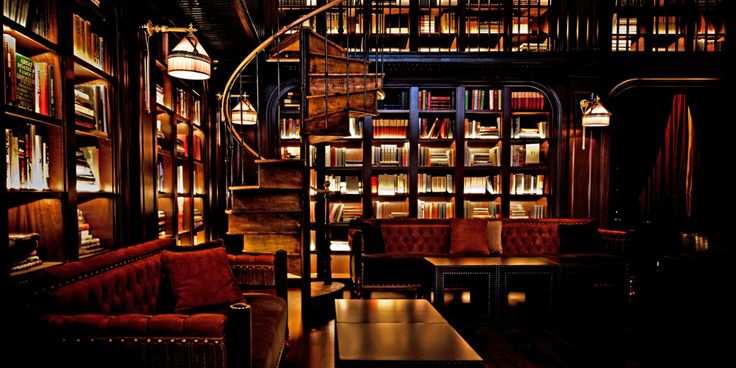 The Library Lounge at the Nomad Hotel

A restored turn-of-the-century gilded Beaux Arts mansion has 168 rooms. The cozy Library Lounge alone sets the stage for what to expect from the hotel – old world charm and elegance, comfy surroundings, and not a penny spared to bring out top of the line modern luxury. 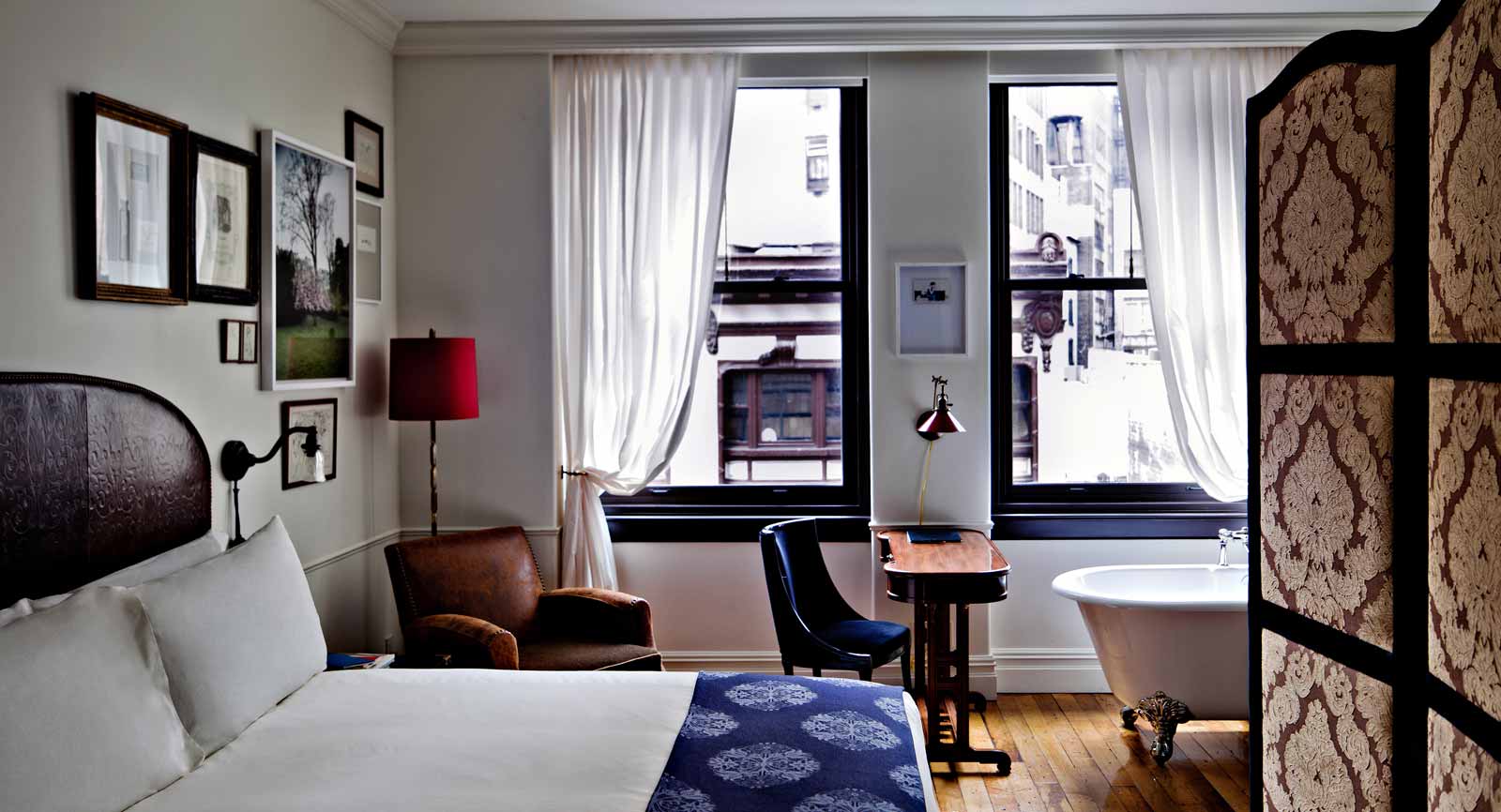 A room at the Nomad NYC

Coming up next: Our top European urban stay-cation!