10 WAYS TO GET THE BETTER SEAT THE NEXT TIME YOU FLY.

1. Don’t fall for the “only premium economy seats are available” ploy.

So you booked a fare on American, Delta, United or some other airline that has economy as well as “premium” economy seating, and when you go to choose a seat, the website is telling you that only the more expensive premium economy seats are available? This doesn’t mean that you won’t eventually get a seat assignment or a seat (if you get involuntarily bumped, that’s another story, but it rarely happens). Don’t cough up the extra money for a premium seat. If in fact all the “cheap” seats are taken, you’ll get a premium economy seat when you check in. You can also try calling the airline directly to see if they’ll give you a seat assignment. 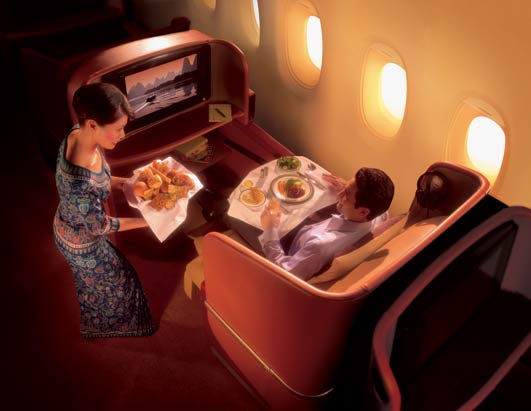 2. Watch for (and ask for) cheap last-minute upgrades to business and first class.

The best seats on the plane, clearly, are in business and/or first class, but they sometimes cost many times what an economy seat goes for. For example, I frequently fly the L.A.-NYC route, where you can still (amazingly) find seats for $129 each way in coach. But business class costs $2,200 or more. However, I’ve been offered last-minute upgrades (when checking in online at home, at the airport kiosk, or even at the gate) for as little as $250 on top of the $129 fare, a huge savings. If you’re not offered a discounted upgrade, it doesn’t hurt to ask when you check in. 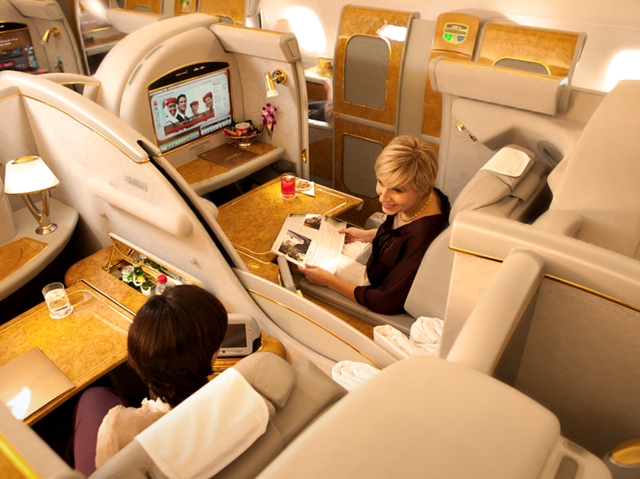 They don’t always. There are often non-refundable business- and first-class fares going for relatively little more than economy and often for the same price as refundable coach fares. Recently I flew from New York JFK to Boston in first class on American for $140 each way, when economy class (or cattle class) on the Delta Shuttle was charging $400 from LaGuardia. I flew L.A. to Fort Lauderdale on a connection through Atlanta on Delta for $349 one-way in first class, not a huge premium over the economy-class fare, which is sometimes $200 each way on that route. Both these deals were non-refundable, but still. 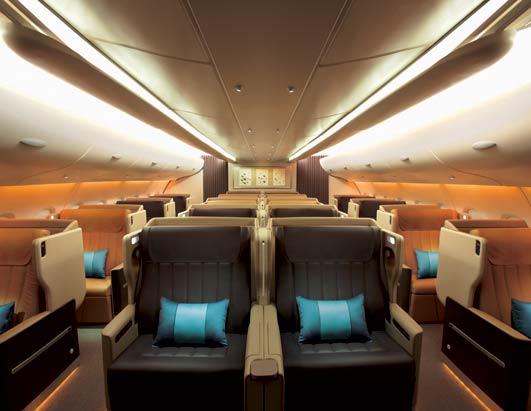 You can see seat maps for almost all airlines and aircraft types here. All seats are not created equal, and Seat Guru will tell you which plane types, airlines and seats might have more legroom or be otherwise more desirable. 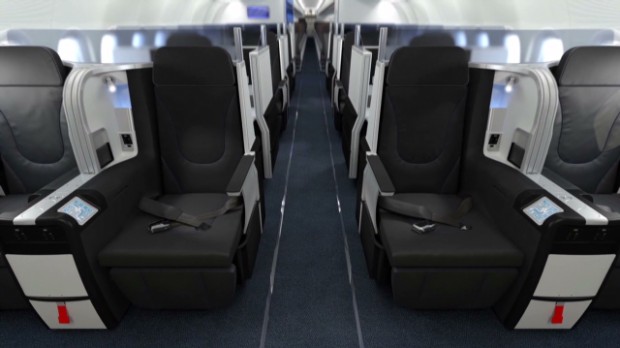 5. Get maximum legroom in economy class by flying JetBlue (if it goes where you’re going).

Other airlines (TWA, American) have experimented unsuccessfully with giving every seat in economy class extra legroom, but only JetBlue seems to have made a go of it. JetBlue’s A320/A321 aircraft seat rows are spaced at least 33-34 inches apart in coach compared to 31-32 inches on some airlines, and JetBlue’s “even more space” seats range from 37 to 41 inches apart, according to Seat Guru.

6. Use your frequent-flier miles to upgrade rather than on an inexpensive economy-class fare.

Everyone complains about economy class, but it’s pretty easy to buy your way out with miles. I never use miles for economy-class travel. Instead, I upgrade the cheapest economy-class fare to business or first using 15,000 miles each way on American and United. What is better value: Spending 25,000 points on a $250 coach fare, or 15,000 miles upgrading a $139 coach fare to a $2,500 business-class fare? By the way, I earn those miles by applying for airline-affiliated credit cards with those 40,000 (or more) bonus mile offers, and by never buying anything online without checking the bonus mile offers on the airlines’ shopping malls.

7. Fly on a Tuesday or Wednesday.

Fewer people travel on those days, so there’s a bit more chance the middle seat will be open.

Even if a plane with that “new plane smell” won’t give you more legroom, at least it will have better in-flight entertainment, better power port options and other benefits. It’s worth changing your plans to fly on a plane like American’s just-launched A321 rather than its old 767 aircraft .

9. If you fly on United frequently, consider the Economy Plus annual subscription.

For $499 per year, you get unlimited domestic upgrades to United’s extra-legroom seating as long as a seat is available when you book. For $200 more, you get global access to Economy Plus.

10. Sometimes you just have to pay for an advance seat assignment on some airlines.

It’s certainly not ideal, but if you’re flying on an airline like British Airways, which only lets economy-class passengers request specific seat assignments 24 or fewer hours before departure, it really does pay to pay up for a seat assignment. You’ll find that most of your fellow passengers have done this and you’ll get stuck with the worst seats on the plane if you don’t follow suit. On a recent trip from Hong Kong to London on a British Airways A380 in economy, my traveling companion and I paid for the two-by-two “twin” seats at the emergency exit with no one in front of us. The extra privacy and access made the 13-hour trip just barely bearable.