The Most Extravagant Fast Food Items in the World

Sometimes it takes a stroke of pure genius to combine two things that are seemingly complete opposites. In our case, that’s fast food and luxury. No, we’re certainly not talking McDonald’s or Subway here – although we can’t help but be impressed by their $88.6 billion and $21.5 billion in brand value respectively. We are talking about inspired chefs taking a humble fast food recipe and elevating it beyond our wildest dreams. Let’s take a look at the most luxurious fast food in the world. 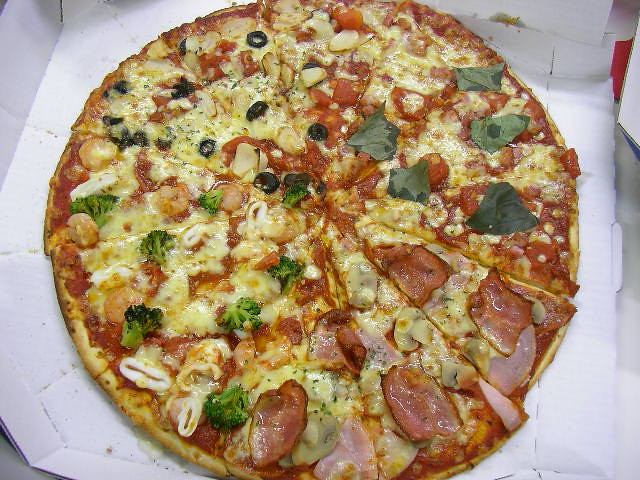 Yes, you read that right. The world’s most expensive food ever purchased came in the form of two quite normal pizzas from Papa John’s. To wrap your head around this, you need some backstory: the cryptocurrency called Bitcoin entered circulation in 2009. Back then, it was more of an experiment for mathematically and financially minded tech whizzes, and few could predict that it would eventually become a viable digital currency and investment option.

In fact, although only eight years have passed since, nowadays people use Bitcoin for many different types of transactions, for instance to pay on the Windows marketplace, book flights on Expedia or even play casino games on the Bitcasino link. In fact, the latter casino games provider has decided to solely allow Bitcoin transactions – both in terms of bets and of winnings – in order to provide players with a balanced experience, regardless of where in the world they are.

1 BTC (bitcoin) is currently worth about $767. Back in 2010, 1 BTC was just $0.08, which explains why a programmer by the name of Laszlo Hanyecz had to pay 10,000 BTC to buy two pizzas at Papa John’s – one of the first establishments to accept Bitcoins. Cryptocurrency aficionados worldwide celebrate “Bitcoin Pizza Day” annually on May 22nd, the anniversary of that unbelievable purchase.

This fast food brand decided to put a very upscale offering on their menu. Created in 2008 and sold exclusively in the Gloucester Road branch of the burger giant, “The Burger” featured a Wagyu beef patty in an Iranian saffron and truffle bun, accompanied with white truffles, onion in Cristal champagne tempura and Spanish Pata Negra prosciutto – all for the price of £95 (about $120). An attempt to target the artisanal burger trend? Not really. The burger was sold for charity, and proceeds went to Help a London Child.

Clearly an establishment with lots of humour, 666 Burger is quite the unorthodox New York food truck. Apart from the Beelzeburger and Satan Burger, they also feature the Douche Burger, which is clearly a tongue-in-cheek comment on the expensive burger trend. It has, however, also brought lots of attention to the brand. This is a Kobe beef patty stuffed with foie gras, but it’s the toppings that make it even more extravagant: caviar, lobster, truffles, champagne Gruyere – oh, and it’s served in a gold leaf wrapper.

In a way, it was almost expected that someone would eventually go beyond that $666 offering. But in the case of the FleurBurger, this person is no food truck owner at all. French chef Hubert Keller, who – even if you haven’t had the pleasure of dining at one of his restaurants – you may remember from Top Chef Masters, is the mastermind behind this $5,000 burger dish. Kobe beef is stuffed with black truffles and foie gras. The brioche bun and the sauce also feature truffle mushrooms. These are not any old truffles either, as they come from France and are said to cost $1,500 a pound. There’s a catch, though: the overwhelming price mark is actually due to the accompanying bottle of Chateau Petrus wine, which is not bad news, because it means that the burger itself can be enjoyed for a way more affordable $70.

This one’s a bit of a weird story, perhaps even more so than the Bitcoin pizzas. Apparently, in 2005, a couple discovered a McDonald’s fry that looked exactly like the profile of Abraham Lincoln. Pictures of it soon spread to the media. However, it was eventually discovered that the story was part of a marketing campaign by the fast food chain and the “french fry” itself was made of polyurethane. Even after that was made public, though, a casino bought the item at an auction, paying $75,100 – clearly to make that purchase part of its own publicity stunt.